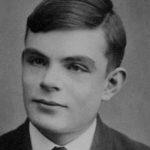 The ACM A.M. Turing Award, often referred to as the “Nobel Prize of Computing,” carries a $1 million prize with financial support provided by Google, Inc. It is named for Alan M. Turing, the British mathematician who articulated the mathematical foundation and limits of computing and who was a key contributor to the Allied cryptoanalysis […]