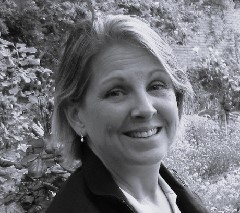 ACM SIGGRAPH recognizes Barb Helfer with the 2022 Outstanding Service Award for her nearly three decades  of service to the international organization, in addition to her services to the SIGGRAPH and SIGGRAPH Asia conference, and various specialized conferences.

Barb’s first experiences with SIGGRAPH were as an attendee and exhibitor at SIGGRAPH 1988 in Atlanta. In 1995, she volunteered as a reviewer of course proposals for the Courses program; this gave her the confidence to lead the program as Chair in 1997. In 2001, she became Chair of the Pathfinders Program, which serves first-time attendees, as well as a Fundamentals Seminar presenter at the conferences. From July 2002 through July 2005, Barb also served as Vice President of ACM SIGGRAPH.

In 2013, Barb was appointed the Chair of the Communications and Membership committee and continues to serve in a deputy capacity. She is the guiding force who has been diligently focused on providing the SIGGRAPH community with year-round information on the computer graphics industry, the annual North America and Asia SIGGRAPH conferences, and the ACM SIGGRAPH organization through the official website, social media outlets, and newsletters. While serving as chair, Barb streamlined the global communication channels to meet tight deadlines to achieve impressive results. In social media alone in 2018, Barb’s contributions led to a 50% increase in Instagram followers, 181% increase in Facebook content impressions, the North America SIGGRAPH account gained verified status on Twitter, and a 15% increase in YouTube views. In March 2019, ACM SIGGRAPH’s celebration of Women’s History Month from the organization’s member profiles created the highest engagement rates on ACM SIGGRAPH’s Facebook page history.

There is something else about Barb – something that isn’t so obvious on a resume – and that is her kindness and mindfulness of the power of collaboration. Her empathy for others has uplifted the spirit of the organization.  In a 2001 SIGGRAPH interview, Barb shared, “Hopefully some of my excitement rubs off on other people.” It did, and it still does.

Barb is an ongoing ambassador for ACM SIGGRAPH at every annual conference and in all her external work with other ACM SIGs.

Barb is widely admired by SIGGRAPH volunteers and contractors alike for her ability to initiate ideas, forge collaborations, and create an amicable atmosphere for work. With this award, ACM SIGGRAPH celebrates Barb Helfer’s many contributions to both the SIGGRAPH conferences and to the organization.

Learn more about the Outstanding Service Award Committee
Manage Cookie Consent
To provide the best experiences, we use technologies like cookies to store and/or access device information. Consenting to these technologies will allow us to process data such as browsing behavior or unique IDs on this site. Not consenting or withdrawing consent, may adversely affect certain features and functions.
Manage options Manage services Manage vendors Read more about these purposes
View preferences
{title} {title} {title}