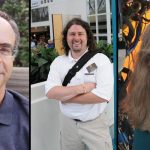 The 2015 ACM SIGGRAPH election results have been announced. Paul Strauss will join the ACM SIGGRAPH Executive Committee as a director-at-large, Dave Shreiner will take over as treasurer and Jessica Hodgins will begin a second term as one of the organization's six directors-at-large. All three will serve three-year terms, beginning on July 1, 2015. Each […] 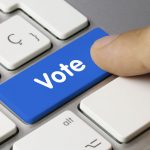