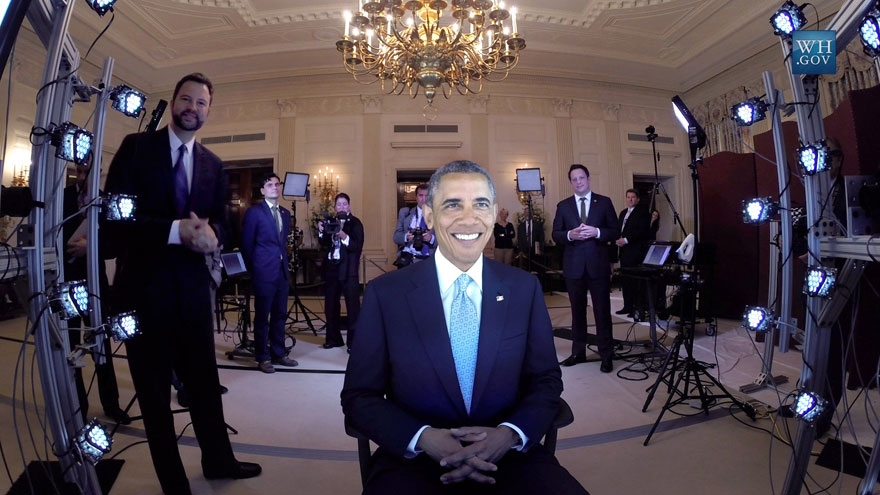 The ACM SIGGRAPH Pioneers Group is proud to present as it's guest speaker, one of the most influential scientists in today's fast moving computer graphics industry. Dr. Paul Debevec is a research professor of computer science at the University of Southern California, and the chief visual officer at the USC Institute for Creative Technologies. He will present a visual report on his recent work done at the institute, including advancements in human scanning and rendering using his Light Stage systems, for which he received a Scientific and Engineering Academy Award® in 2010.

Dr. Debevec is perhaps best known for his pioneering work in high dynamic range imaging, which has impacted professional photography as well as consumer smart phones. But his latest efforts have involved creating digital versions of Hollywood actors and even President Obama, giving him a unique perspective on the current status of animating digital humans. When asked if we have crossed the “uncanny valley,” the term that describes the visceral disbelief common in most attempts to duplicate humans digitally, Debevec responds: “It's like we have made it to the moon a few times, but we still need to make the process affordable, reliable and safe for enough for producers to stake the success of a film on it.”

He will share several examples that appear to bridge the valley, as well as the story behind the historic scanning of President Obama. Other topics in the presentation include: Project "Digital Ira," New Dimensions in Testimony, the use of Light Fields for VR, and recent use of the Light Stage systems for feature film production.

The 2015 ACM SIGGRAPH Pioneers' Reception will take place on Tuesday, August 11, from 6:00 p.m. to 8:00 p.m. in the Gold Ballroom at the JW Marriott Hotel, which is in downtown Los Angeles near the convention center. Light appetizers will be served, and drinks will be available.