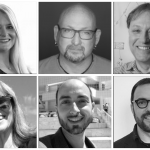 A Message from ACM SIGGRAPH President Jessica Hodgins About a month ago we sent out a survey asking for your thoughts about what the virtual SIGGRAPH 2020 should look like.    We sent the survey to the SIGGRAPH 2020 accepted contributors,  ACM SIGGRAPH members, and attendees of SIGGRAPH 2019 who had given us permission to contact […] 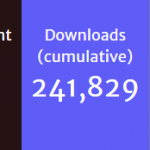 The Web3D 2020 Conference is exploring 3D in a Hyperconnected World!  Web3D is celebrating its 25th Anniversary this year.  As we see an explosion of interactive 3D content on the Web with WebGL now widely supported by browsers, tools such as X3D, X3DOM, X_ITE, three.js, glTF, and A-Frame are widely being adopted. Anyone can create Web3D content […]