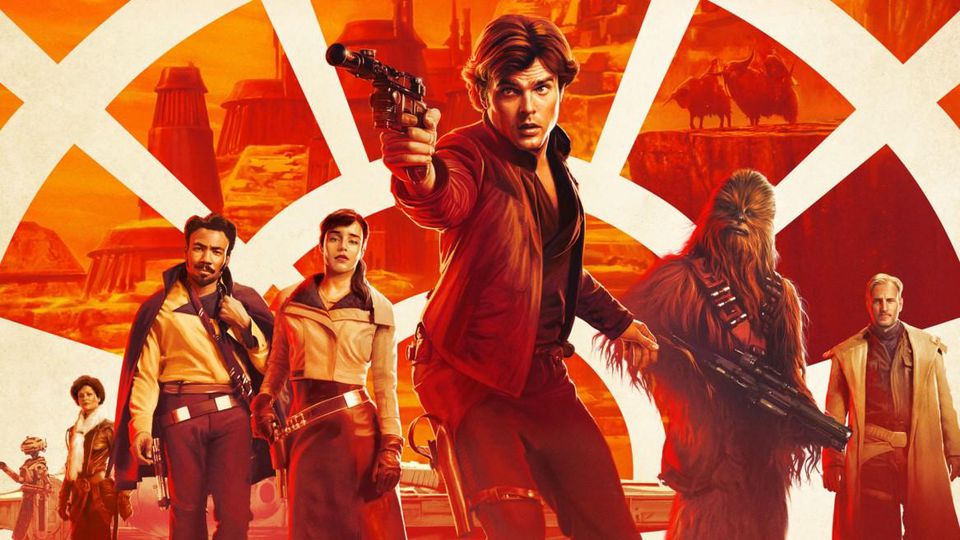 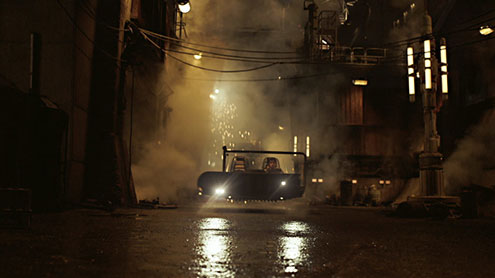 You know you’re in a Star Wars film when one of the first big action set-pieces is a thrilling chase scene. Such is the beginning of Solo, where Han (Alden Ehrenreich) and his girlfriend Qi’ra (Emilia Clarke) make a getaway aboard a stolen speeder amid the industrial streets of Corellia.

To realize the chase, Solo’s filmmakers elected to film as much of the sequence practically as possible with an actual vehicle on wheels and real sets. The filming was informed by previs from The Third Floor and from stuntvis by the film’s stunts team. Industrial Light & Magic, led by the team in Vancouver, then populated the Corellian environment and crafted CG vehicles and effects for the final shots.

Watch a behind the scenes featurette on Solo.

“They were real speeders with 550 horsepower engines that were switchable front and rear-wheel drive that the stunt guys could actually drive around at full speed around an abandoned power plant,” explains visual effects supervisor Rob Bredow. “Of course, in every shot we had to do digital extensions to fill out the rest of the environment, because it was many miles of roadway that we were shooting on and there was just no way to practically dress all that set.”

At one point, Han guides the speeder down an alley and weaves in and out of obstacles, including other characters, while the speeder chasing him just powers through everything. “Those were real practical bits that were in the roadway, and in some cases we enhanced explosions or we added an extra trooper on a speeder digitally,” says Bredow. “And of course we finished out the rest of the environment at ILM, but those interactions you’re seeing are real world interactions, or at least they are as a starting point.”

To get the right hovering motion of the speeders, ILM tested scenes with reference footage of very fast cars. States Bredow: “I actually did some paint-outs for this. I just painted out the wheels of those, and got a sense of like what kind of suspension, what kind of car, what kind of elevation off the ground felt most satisfying.”

The special effects team, led by Dominic Tuohy, made a speeder with adjustable suspension that reacted to different actions like banking or going off a jump to give that slight hover feel. Then the stunts team also previsualized much of the action in the form of stuntvis. 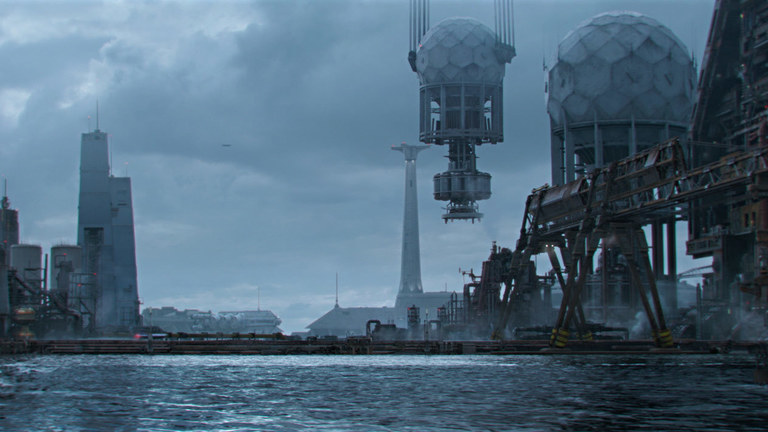 Just about every shot of the speeders where a practical vehicle was used involved digital wheel removal. Several times, too, the entire speeder might be CG due to lighting decisions or if a more dynamic piece of action was required. “The great thing with the real speeders doing the real stunts,” notes Bredow, “was that it was a real stunt as a starting point, to try to make it feel like a real muscle car race.”

Certainly, visual effects artists played a major role in making the sequence possible, but Bredow says the consistent plan was to base everything on, ‘what if they had been able to film this chase for real?’ “Sometimes even on the side of set we’d be roughly painting out the wheels, just so we could imagine what it was going to look like with the wheels gone and make sure we had the right feel of the dynamics of the vehicle. I think it’s possible if we had animated those speeders without using this reference, we might have had the speeders dipped into a corner like an airplane turns, but instead, of course, the real speeders bank towards the outside, lean towards the outside like a car does.” 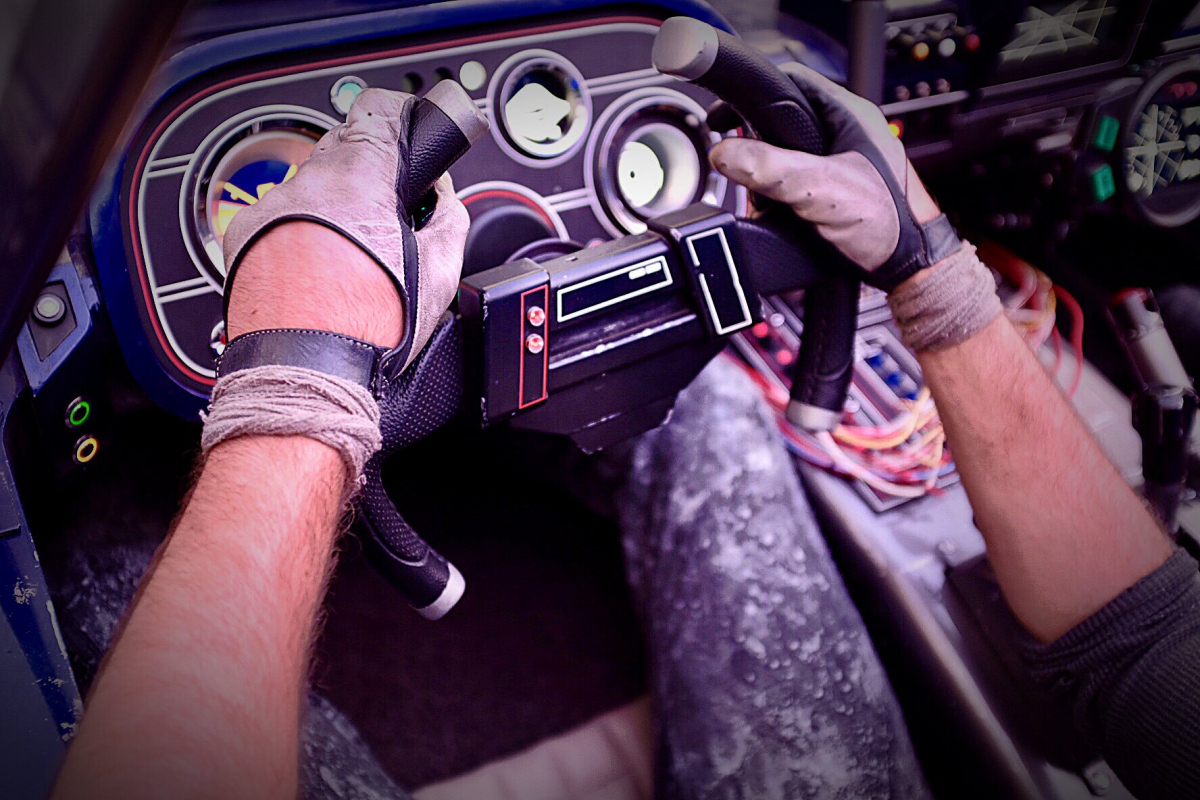 The dashboard of Han’s stolen speeder. UI designs were handled by Blind.

“That ended up being way more satisfying,” adds Bredow, “perhaps because we’re just all used to seeing cars, and this was a muscle car sequence. This was a real gritty race, and to have the animation be driven in that way ended up feeling the most satisfying.”

All images © Lucasfilm 2018. All Rights Reserved.