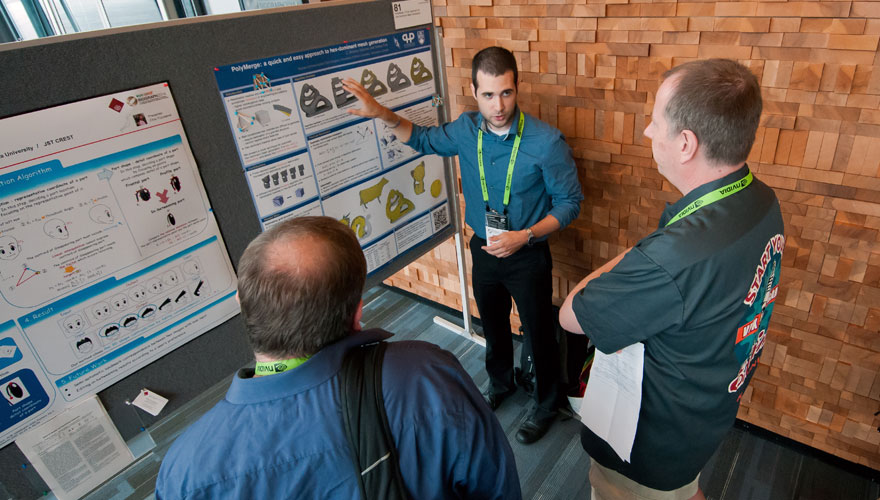 SIGGRAPH 2015 is the 42nd occurrence of the world's largest international conference on computer graphics and interactive techniques. The conference and exhibition will take place in Los Angeles from August 9 to 13, and is expected to draw attendance in the tens of thousands.

Widely recognized as the most prestigious forum for the publication of computer graphics research, SIGGRAPH is a showcase for the latest advances in everything touching on computer graphics and interactive techniques. The conference also hosts the international SIGGRAPH Computer Animation Festival, which is recognized by the Academy of Motion Picture Arts and Sciences as a qualifying festival for the Academy Awards. Over the years, several films from the SIGGRAPH Computer Animation Festival have made it to the Academy Awards, some even going so far as to take home the Oscar for Best Animated Short.

The SIGGRAPH conference consistently delivers an impressive variety of art, research and technology, with all of the juried content representing the highest caliber of technical skill and creative talent. For more information on the types of work that can be submitted to SIGGRAPH 2015, or to submit your work for consideration, follow the links below.

Please note that every piece submitted to SIGGRAPH 2015 through the Call for Submissions is reviewed by a highly qualified jury composed of top practitioners in the relevant field. To allow adequate time for the juries to review the submissions, deadlines are several months ahead of the conference. All submission deadlines are strictly enforced, and deadlines are 22:00 UTC/GMT.