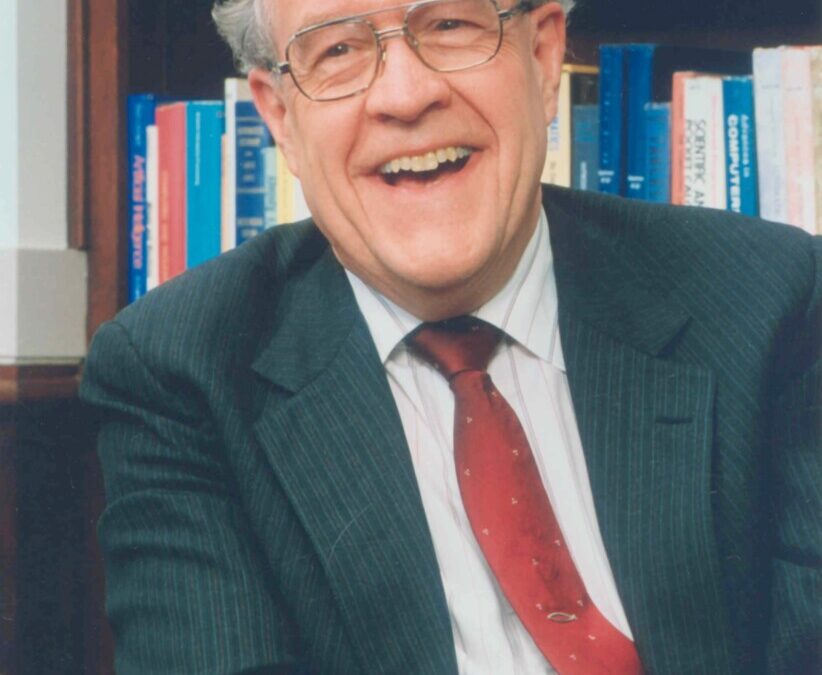 It is with great sorrow that ACM SIGGRAPH marks the loss of Dr. Frederick P. Brooks, Jr., a pioneer in the field of computer science, a recipient of the ACM A.M. Turing Award, an inaugural recipient of the US National Medal of Technology, and member of the SIGGRAPH Academy.

Fred Brooks grew up in North Carolina, graduated summa cum laude in physics from Duke University, and earned his PhD in applied mathematics at Harvard University. He joined IBM upon graduation. In the broader computer science community, Brooks is best known for his role as project manager for the IBM System/360 family of computers which were notable as all, largest to smallest, could run the same software.  When the development of the Operating Systems/360 software was behind schedule, Brooks assumed management of that project.  For his work on the System/360 hardware and software, Brooks shared the first National Medal of Technology with Bob Evans and Erich Bloch.

Brooks recorded his experiences and lessons learned on the OS/360 project in his best-known book, The Mythical Man Month: Essays in Software Engineering.  This book is a standard reference for practical software engineering and is where he coined Brooks’ Law that adding personnel to a software project that is behind schedule delays it even more.  He also coined the term computer architecture and, by choosing it for the System/360 family, he established the 8-bit byte as standard in the computing industry.

Dr. Brooks joined the University of North Carolina at Chapel Hill in 1964, where he founded the Department of Computer Science, the second free-standing CS department in the United States.  He served as department chair for 20 years and continued teaching and research for another 31 years. His research focussed on 3D interactive computer graphics, human-computer interaction, virtual reality, computer architecture, and the design process.  Brooks’ promoted the idea of computer scientists as toolsmiths, encouraging his students and colleagues to develop computer technology that could be applied to help other people solve their problems.

Dr. Brooks was honored with dozens of academic and scientific awards.  More than 40 students completed their doctorates under his supervision and he was recognized as an extraordinary role model and mentor for his academic and research colleagues and many members of the SIGGRAPH community.

Fred Brooks’ substantial contributions to the field of computer graphics and interactive techniques, the influence of that work through the development of new research and innovations, and his role as an active member of the SIGGRAPH community were recognized by his induction as a member of the SIGGRAPH Academy in 2019.

Dr. Brooks, a committed Christian, will be remembered for his humility, generosity, and kindness. The SIGGRAPH community will miss his smile and good humor, his research contributions, and his wisdom.