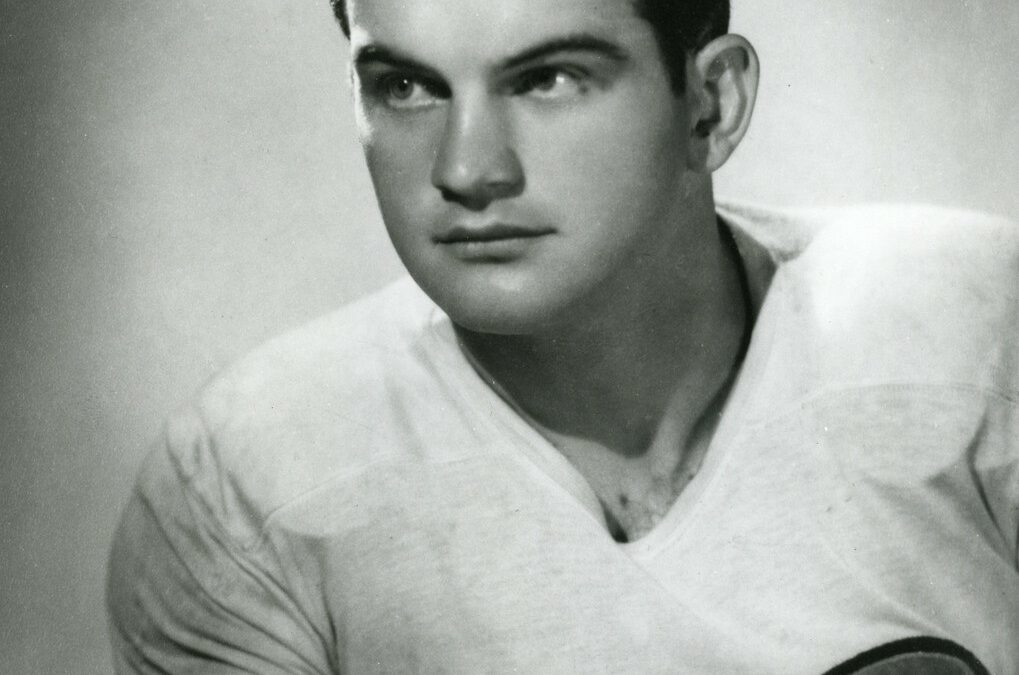 The computer graphics world, and indeed the entire world, lost a great friend and colleague this week. Charles ‘Chuck’ Csuri passed away just months from his 100th birthday. Chuck retired from a distinguished and exemplary career at the Ohio State University, but his influence has been felt far beyond the boundaries of the campus. In the last few days I have read several postings memorializing Chuck, and many wonderful comments from former students and people from the multiple disciplines that he touched with his contributions.

I was fortunate to work with him for nearly 20 years, first as a graduate student in his lab, then as a VP at his commercial computer graphics company, and ultimately as his successor in the academic program and research facility that he created. His mentorship defined my own academic career in computer graphics, and I am forever grateful to him.

Chuck was born in 1922 on the 4th of July in West Virginia and was always proud of his Hungarian roots. He graduated from Fine Arts at Ohio State, where a friend and classmate, and later fellow faculty member, was Roy Lichtenstein.

Chuck’s choice to attend Ohio State is interesting in its own right. In his own words, he was “a skinny kid that was growing into a bigger body” and was a pretty good football player at Cleveland West Tech. An assistant coach at OSU was friends of his high school coach at Tech, and saw him play. He convinced Chuck that he might be able to be successful playing for the Buckeyes while he pursued his art degree. He ended up as a three-year letterman at tackle, playing for legendary coach Paul Brown, played on the school’s first national championship team in 1942, and earned All American and MVP honors. The following year he was selected in the 1944 NFL Draft by the Chicago Cardinals, but instead of playing in the NFL he served the next three years in the Army, and fought in the 1944 Battle of the Bulge in WWII.

When he returned to the states, the Army assigned him to an engineering school for training, and his interest in combining the aesthetics of art with issues in the world of engineering was piqued. This interest in interdisciplinary relations permeated his career from that point on. He got his graduate degree in Art and joined the faculty, and became interested in how he could use the computer to realize his visions from the first time he was introduced to this emerging technology. In the early 1960s he began experimenting in this realm and in his words, was “hooked”.

In the late 1960s, Chuck created the Computer Graphics Research Group (CGRG) using funding from a grant from the National Science Foundation. This funding, and subsequent grants, allowed him to create amazing images over the following years, including a computer generated movie, “Hummingbird”, now in the permanent collection of the Museum of Modern Art. One of his early pieces, “Random War”, was influenced by his experiences in the Army, and depicts the idiocy and randomness of death in battle.

The makeup of the members of CGRG matched his desire to put people from diverse disciplines together to advance his vision of creating artistic artifacts with the aid of the computer. Mathematicians worked with designers, with statisticians and engineers, and with artists and computer scientists. This interdisciplinary interaction brought us together. I had earned degrees in theoretical mathematics, but had become enamored with the things that a computer could bring to the discipline, so I headed to Ohio State from my home state of Idaho to do a PhD in computer science. One evening I attended a lecture by an artist who was using the computer as an artistic tool. I stayed after and talked for the next hour with that artist, Chuck Csuri.

I got a call not long after that from one of Chuck’s students. Chuck was looking for a mathematician to help with a grant that he had received from the Air Force Office of Scientific Research that provided funding to develop software to visualize the stresses on the wings of Air Force fighters at high speeds, and he remembered our conversation. Our relationship began with that call, and I soon joined his lab.

The next five years saw my fellow graduate students in the lab pushing the boundaries of cgi and computer animation. We developed software and hardware solutions and published our results, all in the progressive environment of interdisciplinary study fostered by Chuck as the director of the lab. It wasn’t always easy… Chuck might come into the lab in the morning saying “I want to be able to render artistic smoke clouds” or “I would like to see galaxies interact with each other, represented by millions of stars in each”. We’d look at our PDP 11-45 computer and swallow hard, but we would find a way to do it. It was Chuck’s energetic desire to push the limits that drove our contributions to the discipline.

Chuck had a way of quietly connecting with other researchers and labs across the country, and indeed, around the world. I don’t know how he did it, but he found a way to set aside enough cash to support every member of the lab to attend the SIGGRAPH conference every year. We would learn so much from the technical sessions, but the real advantage was meeting well into the night with other researchers, exchanging ideas and video tapes, and generating immeasurable energy that would impact us the entire year until the next conference.

In 1981 Chuck realized a personal goal of obtaining funding to take what we did in the lab to create a commercial computer animation company, and he asked me to join in that venture. Cranston/Csuri Productions created commercial animation for various clients over the next almost seven years. The necessary environment with artists and technologists working together in a company of this type was a natural extension of what we did in Chuck’s lab, and greatly contributed to the company’s success.

The company was co-located with CGRG in offices on the edge of campus, and the symbiotic relationship benefitted both organizations. Staying engaged with the University, Chuck succeeded in finally creating a formal academic program in computer graphics and computer art. Called the Advanced Computing Center in the Arts and Design, or ACCAD, it has become one of the premiere graduate programs in the country. I was honored to be chosen to succeed Chuck as the director of the program when he “retired” in 1990. We were able to acquire permanent funding that provided space in the lab and personnel to assist Chuck in the continuation of his creative ventures, which he did until his death.

Throughout his years at the University, Chuck navigated the politics within the University and the skepticism of the kind of cross-disciplinary environments that defined his activities. He eventually convinced faculty and administrators of the value of his vision, and in 2000 achieved the highest recognition of all of his various accomplishments. He received the Ohio Governor’s Award for the Arts, and Ohio State’s Joseph Sullivant Medal in acknowledgment of his lifetime achievements in the fields of digital art and computer animation. In 2006, ACM-SIGGRAPH arranged a retrospective of his career’s work titled Beyond Boundaries, and in 2011 they bestowed upon him the Award for Lifetime Achievement in Digital Art. Beyond Boundaries then travelled to different art museums and sites around the world. In 2014, he received the Distinguished Alumni Achievement Award from the Ohio State University College of Arts and Sciences.

I know many of his students and colleagues that benefited from his energy and insight that are currently in universities, cgi labs, and companies around the world will remember Chuck Csuri forever. He was preceded in death in 2019 by his artist wife of 70 years, Lee, who he always referred to as his best friend, and his son Steven in 2018. His daughter Caroline and his two granddaughters Hannah and Emily Reagh continue to contribute to his legacy. A memorial statement from Ohio State indicates that donations and gifts in Chuck’s name are requested to be directed to his favorite charity, the Special Olympics. His website https://www.charlescsuri.com and instagram account https://instagram.com/charlescsuri will remain active, and condolences can be left at either.