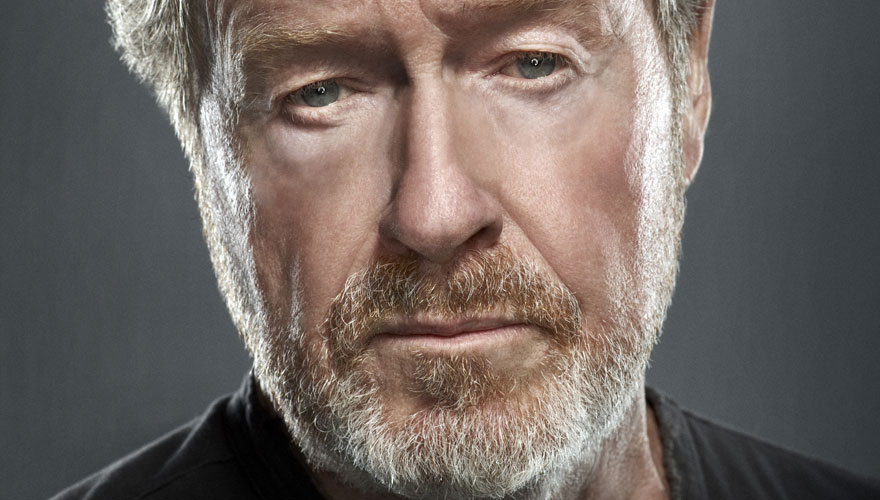 Today, the Visual Effects Society (VES) announced director-producer Ridley Scott as the recipient of this year's VES Lifetime Achievement Award. The award, which will be presented at the 13th Annual VES Awards in early 2015, is given to individuals who have amassed "an outstanding body of work that has significantly contributed to the art and/or science of the visual effects industry." The roster of past recipients of the award is a who's who of FX filmmaking, and includes George Lucas, Dennis Muren, Steven Spielberg, James Cameron and John Dykstra (among others).

Ridley Scott may not be a VFX artist, but his films have raised the bar for visual effects on the silver screen. "Ridley's impact upon the visual effects and technical form is unparalleled," said Jeffrey Okun, VES Board Chair. "He has given us a body of groundbreaking work to aspire to."

Scott began his directorial career in 1977, with "The Duellists." This fledgling effort landed him the Best First Film Award at the Cannes Film Festival. On the heels of his first film, Scott directed the sci-fi thriller "Alien," an absolute blockbuster. Shortly after, in 1982, helmed the cult classic "Blade Runner." Scott's most recent directorial credits include "Prometheus" and "The Counselor." His much-anticipated film "Exodus: Gods and Kings," starring Christian Bale, will be released this December.

“The best filmmaking has always been the result of collaboration between artists, craftspeople and technicians, both in front and behind the camera,” said Ridley Scott. “Over the years I have been very fortunate to work on films that are visual at their core and thus I have always been immensely reliant on the expertise of our visual effects teams. To be honored by the Visual Effects Society with this Lifetime Achievement Award is indeed extremely gratifying.”