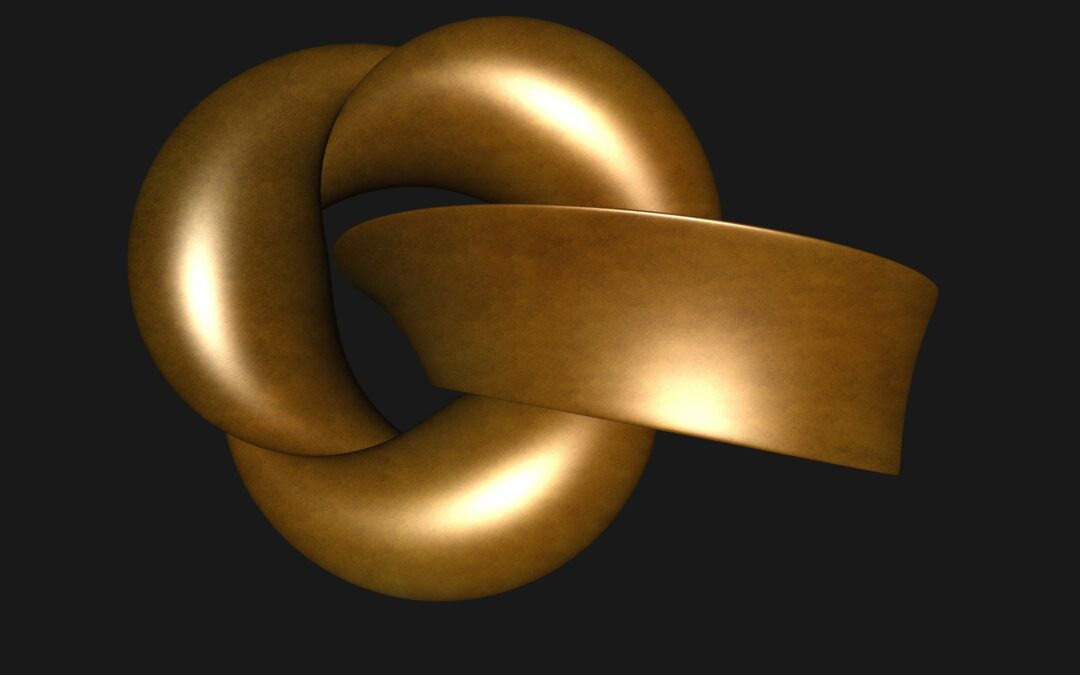 The two bracelets, emblems of Art and Technology, are duals.  Art is an organic shape with a heart-shaped cross-section. It undulates and breathes. The sleeker Technology has a triangular cross-section.  Linked together, the two bracelets represent the bond between these two human endeavors.  They also gear one another;  rolling one bracelet will turn the other.

Art and Technology are one geometrical object in four-dimensional space. We comprehend them differently only because of the view point chosen to project them into three dimensions.

In mathematics, an umbilic is the set of points where an object  curves equally in all principal directions.  The bracelets’ primal in 4D is the umbilic of an object which discriminates (cubic bivariate) polynomials. The cusps are intricately linked as well. Art has a single cusp that rotates three times before repeating. Technology’s three cusps rotate one-third time before starting over.

In physics, the cusps of the objects are strings of energy formed by the collision of nuclear particles.  In other words, they are the form that atomic particles create to radiate energy upon interacting, the fundamental exchange in the universe.

The bracelets are two manifestations of the same creative force.