Technology Helped Him Speak for the First Time in 15 Years 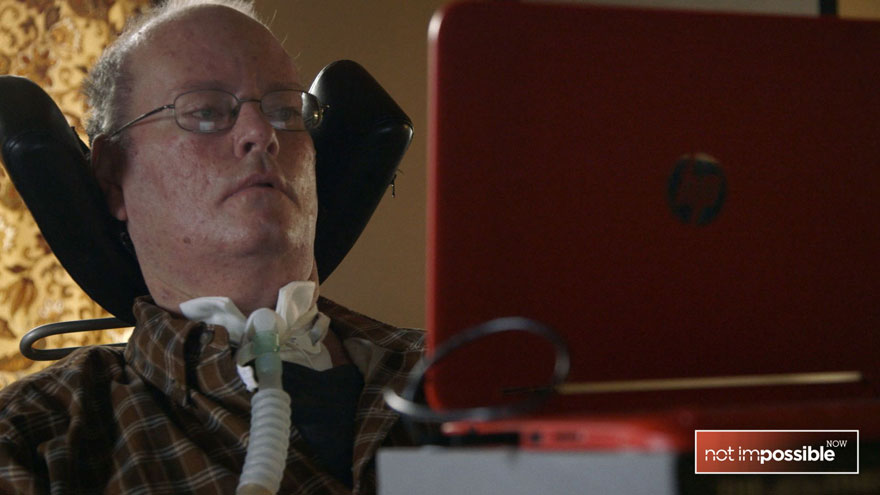 Don Moir was diagnosed with ALS in 1995. As a farmer, a husband, and a father of three, the idea of losing the ability to move around freely was a tremendous blow. Over the next four years, Don slowly lost the capacity to work his farm, move around the house, and even pick up his children.

In 1999, Don was fitted with a ventilator. The machine filled his lungs with much-needed oxygen, but at the same time, robbed him of his speech. For the next 15 years, Don communicated solely through a painstakingly slow and silent process of spelling out words letter by letter, indicating each letter by directing his eyes toward it on a printed paper while a family member recorded his selections.

After a decade and a half of expressing himself using only short, basic sentences scrawled out by another person's hand, a lucky twist of the radio dial offered Don and his family an unexpected ray of hope.

Lorraine Moir, Don's wife of 25 years, happened to be listening to CBC radio in her car when Mick Ebeling came on the air. He started talking about his nonprofit foundation, Not Impossible, and an ingenious device they'd created to give an ALS-afflicted artist back the ability to make art. "Everything that we stand for," Ebeling said, "is the concept of technology for the sake of humanity."

Lorraine contacted Not Impossible to see if there was anything they could do for Don. "As soon as I found out about Don and Lorraine," Ebeling said, "I knew Not Impossible had to give Don his voice back."

Not Impossible volunteer Javed Gangjee visited the couple in their home and worked with Don to develop a system that would help him speak through a computer. With the help of HP and the Speak Your Mind Foundation, Gangjee's team came up with a simple but effective interface to allow Don to quickly and independently compose letters and chunks of conversation which could be read aloud by a computer-generated voice.

While Lorraine sat in the kitchen reading the newspaper, Don used his new system to privately compose the first love letter to his wife in decades. When he was finished, he beckoned her into the room — where she listened, as her eyes filled with tears. It was the first time she'd heard her husband say "I love you" in 15 years.

I can't imagine life without you. You've made the last 25 years fly by — and the last 20 with ALS more bearable.

I'm looking forward to the next 25 years.

Last year, Not Impossible co-founder Elliot Kotek delivered the keynote speech at SIGGRAPH 2014. It was quite possibly the best received keynote in the conference's 40-year history.

ACM SIGGRAPH and Not Impossible both hope that "Don’s Voice" reminds you to tell your loved ones how much you love them, and to use technology to connect with each other, instead of disconnecting. Spread the love with #VoiceYourLove. 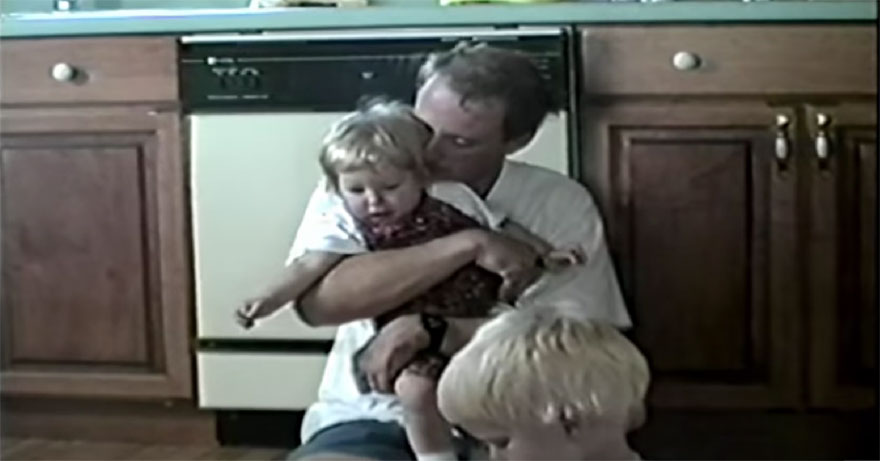 Don Moir with his children.
Manage Cookie Consent
To provide the best experiences, we use technologies like cookies to store and/or access device information. Consenting to these technologies will allow us to process data such as browsing behavior or unique IDs on this site. Not consenting or withdrawing consent, may adversely affect certain features and functions.
Manage options Manage services Manage vendors Read more about these purposes
View preferences
{title} {title} {title}