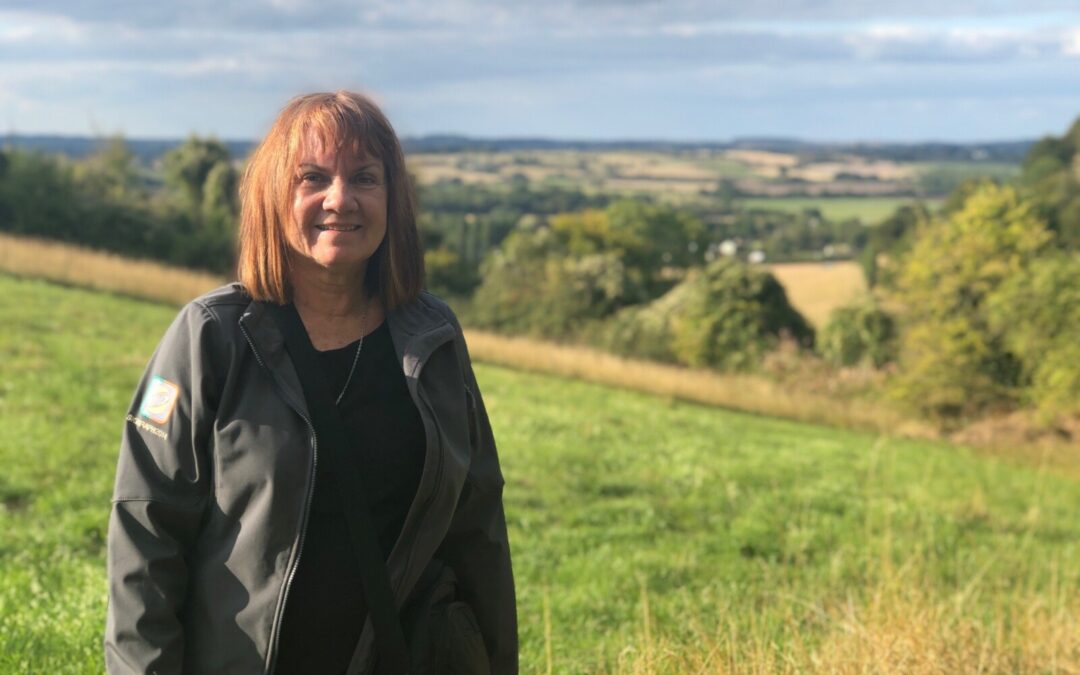 Mentor.  Mother.  Sister.  Grandmother.  Volunteer.  Cake decorator extraordinaire.  Award winner.  Family genealogy researcher.  We remember Jackie White for being all of these things, but most of all for leaving a tremendous legacy for her family, her community and for SIGGRAPH.

A true California girl, Jackie was born and raised in Monterey Park, California.  She attended Mission High School in San Gabriel where she was very active in the drum and bugle corps.  The oldest of 5 children, she had two younger sisters and two younger brothers and was also very close to her cousins Jim and Tommy, who were closer to her age than her 3 youngest siblings.  Jackie’s son, Chris Sawtelle, believes that Jackie thought of Jim and Tommy as brothers rather than cousins. And sadly, Jackie missed being a great-grandmother by just 2 months as her great-grandson, Marcos, was born in December 2021.

Jackie worked in the Art Department for many years at Cal State LA, where she was honoured in 2001 with a Women of Distinction award that recognized achievements in her field, significant contributions to Cal State LA, commitment to students, commitment to women’s issues, community involvement, and professional recognition.

It was while she was at Cal State LA that her friend and colleague, Patric Prince, asked her to help with an art show she was chairing for a computer graphics organization. Little did Jackie know that this support of a friend would result in thirty years of volunteering with SIGGRAPH!

In 1997, Scott Owen, Chair of SIGGRAPH 97, invited Jackie to chair the first conference Community Outreach program. Based on the tremendous success of including more than 1,900 local teachers and students to that program, as well as her previous contributions to the organization, the Conference Advisory Group (CAG) chose Jackie to chair the SIGGRAPH 2000 Conference in New Orleans. As part of her role as a conference chair, Jackie served on the CAG for five years, then became CAG Chair in 2005-2011 and 2012-2013, and served as CAG Chair representative to the SIGGRAPH Executive Committee in 2011-2012. She was also special sessions chair for SIGGRAPH 2002, special sessions committee member for SIGGRAPH 2003, and a member of the panels jury in 2005.

In addition to her work on the annual SIGGRAPH conference, Jackie worked tirelessly to help establish SIGGRAPH Asia and ensure its success.  In her position as CAG Chair, she ensured that the CAG and the newly formed SACAG worked together in a cooperative fashion and served in various capacities on the SACAG from initial advisor, to acting SACAG chair, and then SACAG committee member 2007-2016. She served as the EC representative to the SACAG from 2012-2016.

In 2019, Jackie was presented with the 2019 Outstanding Service Award for her long-term dedicated service to ACM SIGGRAPH.

Though her work at Cal State LA and her substantial contributions to SIGGRAPH kept her very busy, Jackie’s first love was her family.  She was truly dedicated to family genealogy research and spent hours online searching for factoids about her ancestors and identifying new ones.  She produced several books for her family that documented her research in a form they could enjoy. And when she learned that one of her ancestors was the “rackmaster” at the Tower of London, her family took her on a trip to London to visit the tower and to see the towns their ancestors had lived in.

Jackie loved geocaching and playing Pokémon Go everywhere she went – regardless of what continent she was on. Jackie’s son, Chris, recalls that she would often ask him to slow down at intersections so she could “hop into a gym” as they went by. In Singapore in the late 2000’s, she pleasantly surprised the then-new SIGGRAPH Asia conference organizers by hauling them around their city-state to places they had never been, in search of geocaches.  Her group excursions to out-of-the-way places with the “perfect gym” at SIGGRAPH conferences became the stuff of legend.

When not hunting for GPS-based prizes, Jackie found plenty of other ways to explore the world.  Whether on safari in the jungles of Borneo, eating her way through the night markets of Hong Kong, or exploring the mountains of Kobe, Japan, Jackie made friends around the globe, and was never one to turn down an adventure. Not many people can say they had their feet nibbled at a “fish spa” with computer graphics legends Don Greenberg and Rob Cook!

No tribute to Jackie would be complete without mention of her remarkable skills as a cake decorator.  As with every project Jackie undertook, she pursued this hobby with great passion to produce extraordinary cakes for her friends and family.

SIGGRAPH is grateful to Jackie’s family for sharing her time, talent and passion with us over her many years of contributing to so many aspects of the organization.  Jackie truly was an outstanding volunteer, mother, sister and community member and we are all lucky to have known and loved her.