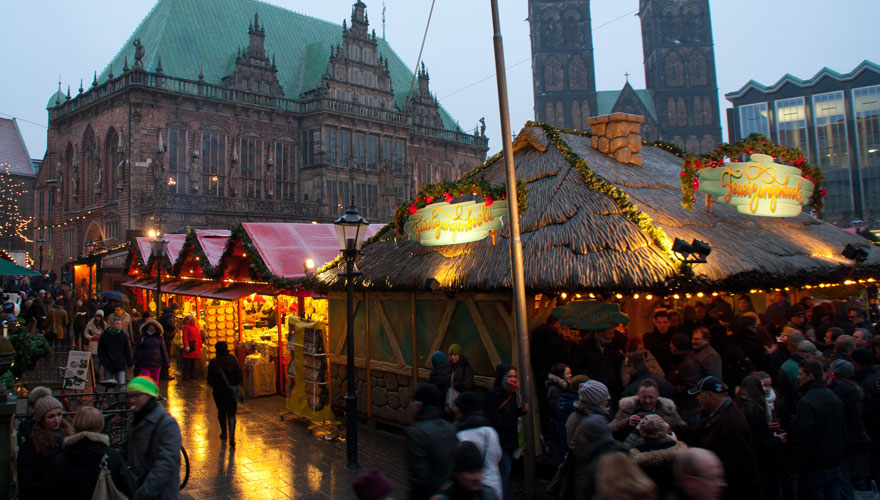 October 31 is the last day for early bird registration for the joint conference ICAT-EGVE (the 24th International Conference on Artificial Reality and Telexistence, and the 20th Eurographics Symposium on Virtual Environments). The conference will take place in Bremen, Germany from December 8-10, and will be held in cooperation with ACM SIGGRAPH.

ICAT-EGVE presents a unique opportunity for researchers, developers, and users to share their knowledge of virtual reality, augmented reality, mixed reality and 3D user interfaces. According to the organizers of ICAT-EGVE, the Christmas fair in downtown Bremen will also be in full swing during the conference, and is a not-to-be-missed side attraction.

Members of Eurographics, EuroVR Association, VRSJ Japanese VR Society and ACM SIGGRAPH may register for ICAT-EGVE at the "member" rate. Early bird registration represents a savings of 100 € off the member and non-member rates.

More information on ICAT-EGVE from the conference organizers:

EGVE (the Eurographics International Symposium on Virtual Environments) is the Eurographics Symposium for the exchange of experience and knowledge among researchers and developers concerned with using and improving virtual reality. It started in 1993 as a workshop, and successful symposiums have recently been held in Zurich 2003, Grenoble 2004, Aalborg 2005, Lisbon 2006, Weimar 2007, Eindhoven 2008, Lyon 2009, Stuttgart 2010, Nottingham 2011, Madrid 2012, and Paris 2013.

For more information, or to register for the conference, visit the ICAT-EGVE 2014 website.