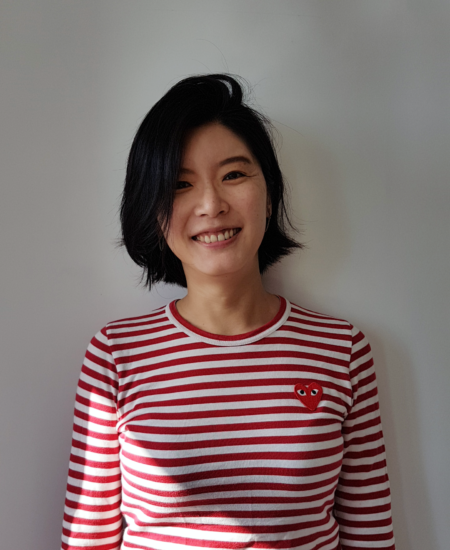 The International Resources Committee (IRC), long a subcommittee of Communications, is now a standing committee in its own right. June Kim has taken on the role of Chair of the IRC. Kim is a longtime ACM SIGGRAPH member and volunteer based in Sydney, Australia, who started her stint as a student volunteer at SIGGRAPH Asia nine years ago. Most recently, Diana Arellano served as chair of the committee, but since last fall, has been leading the charge in ACM SIGGRAPH’s newly created external relations chair position.

“We are excited to have June lead the International Resources Committee, which, as a standing committee, will be working to extend our reach in the global community,” says ACM SIGGRAPH President Jessica Hodgins. “Diana, who has been working on forging new collaborations and partnerships in her external relations role, has been instrumental in developing the International Resources committee to where it stands today. We thank her for her dedication and we are thrilled for June to take on the reins.”

Kim has served on the International Resources Committee alongside Arellano for the past five years.  As the first order of business, Kim has been busy prioritizing near-term goals for the committee, which include kickstarting the organization of theater events for SIGGRAPH 2019 and bringing in new international activities to promote SIGGRAPH throughout the year. She also will be discussing with team members the IRC’s aim and mission for the coming months.

“I intend to have a number of open conversations with my team about purpose, goals and any ideas on improving our current services and new actions collectively,” says Kim. “Remaining collaborative and transparent is very important to me. And, in our first year being promoted as a standing committee, while it is exciting, I feel a big responsibility to establish new international activities that are meaningful and to come up with new ways that the IRC can effectively collaborate together with other SIGGRAPH groups.”

Kim, whose background is in interactive art and virtual reality, began volunteering as a student at SIGGRAPH Asia 2010 in Seoul. She recalls being “literally amused” witnessing all the latest technologies and contents in one place—the innovation at the exhibition halls, learning about research and practice during the in-depth presentations and getting to participate in the

Kim is currently a researcher-practitioner in the Art and Design discipline at UNSW Art & Design and holds a casual academic position at UNSW Art & Design and the University of Sydney. Her expertise lies in melding interactive art and the virtual environment.  At ACM SIGGRAPH, Kim has held numerous roles, including as a member of VR/AR/MR Program Jury for SIGGRAPH 2018, SIGGRAPH Asia 2017 and 2018. She also served as a Juror and an Awards Chair for Emerging Technologies for SIGGRAPH Asia 2017 and 2018. She presented her course to introduce Processing for Artists & Designers at SIGGRAPH Asia 2017.

For Kim, SIGGRAPH has fueled her professional network but also holds personal significance, as she met her husband, Tomasz Bednarz, at SIGGRAPH 2014 in Vancouver. At the time, Bednarz had been serving on the International Resources Committee, and now he is the Conference Chair for SIGGRAPH Asia in Brisbane. “First thing we did together after getting married was work on the bidding to hold SIGGRAPH Asia in Brisbane, a city we first settled in together,” says Kim. “I cannot explain why but we are so attached to the spirit of SIGGRAPH.”