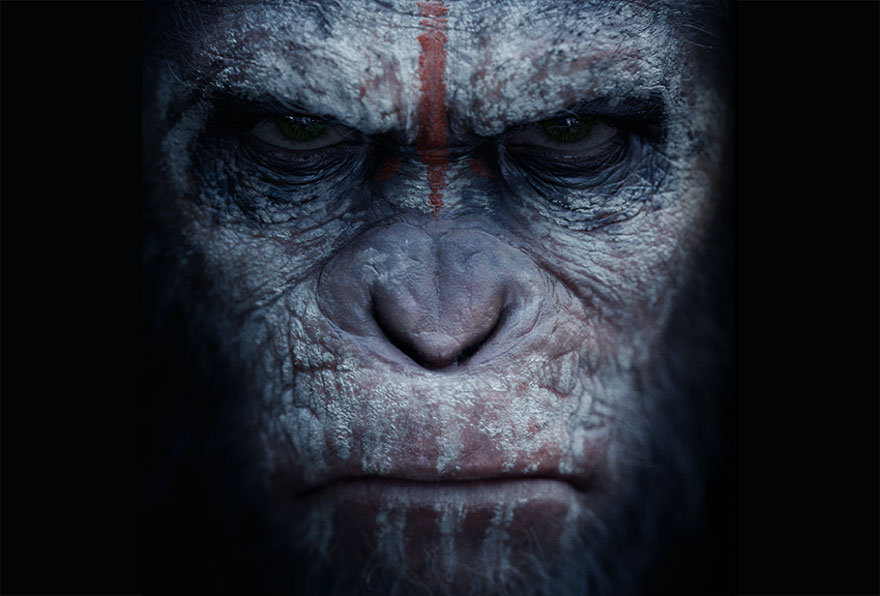 This excerpt of an interview with award-winning visual effects artist Joe Letteri is provided courtesy of ACM Computers in Entertainment (CiE), a website that features peer-reviewed articles and non-refereed content covering all aspects of entertainment technology and its applications. Joe Letteri is a four-time Academy Award-winning visual effects guru and a partner at Weta Digital. Joe recently led his team in creating the groundbreaking effects in Matt Reeves’ “Dawn of the Planet of the Apes."

CiE: What was your creative process like in working with Matt Reeves?

"Early on, it was trying to work out some of the design ideas for the apes, because we had this idea that the story is going to be 10 years or so into the future — and we established in the first film that they’re taking the drug that’s making them more intelligent. So the first question was: how much of the effect of that are we going to see when we open the film? What will the changes be? So that was leading us into an aspect of the story that we needed to explore, how much were the apes going to be speaking in this film? That was really one of the big initial creative considerations, how do we bring audiences into that aspect of the story?

"We played with a couple of small design changes, with Caesar we made him a little bit older, a little bit grayer, he’s put on a little bit more weight than he had in the first film, since he’s 10 years older. We looked at some dialogue tests for the apes and we specifically did a test scene between Caesar and Koba to figure out how they would talk. We hit on the idea that talking doesn’t come naturally to them — and so you have this situation where you almost have to draw the words out of them, as if their brains are kind of outracing the physical evolution of their vocal cords to be able to conceive the words and to utter them.

"We did the tests and then crafted them into the storyline where you begin the film — you’re just seeing the apes in their community, they have the sign language that they were learning at the end of the last film, and you can see that they’ve become proficient in it — they’re communicating with each other, but they don’t vocalize until the humans arrive. When the humans arrive, suddenly the need to vocalize is there because Caesar has to communicate with the humans, and that sets off a whole chain of events where the apes now suddenly have to communicate more with themselves — and the sign language starts to give way to more vocal communication. So there was this arc that drove this whole dynamic, and it’s reflected in how they speak. So the question we had to solve was: how do we make apes speak without having it look like a man in a suit? We wanted that sense of this being new to them but it had to come out of them, it had to be driven by events and it had to be supported by the character designs."

CiE: What are some of the unique challenges of shooting outside?

"Motion capture outdoors and performance capture outdoors is kind of a new field that we’re entering into. The evolution of that started with the “Lord of the Rings” when we decided that we did want to try and use Andy Serkis’ performance directly to drive Gollum’s performance. We got him on a motion capture stage and had to recreate the performances that he was doing with the actors that they were filming and that worked well for us, we were able to use that throughout “Rings” with a number of the sequences, still a lot of keyframe involved, we used it for a lot of the sequences but we keyframed his face for all of Rings.

Then when we came to do Kong we wanted to see if it’s possible to capture the face, to translate that, and so we came up with a technique for actually capturing his face by using motion capture markers on his face and working out how to do the solves and the translation into Kong’s character. In “Avatar,” Jim Cameron wanted to combine these ideas and have the actors wearing a head rig to capture the face information, that way it gives them more mobility to move on the stage and throughout the virtual world which we were shooting with a virtual camera. When it came time to do “Rise of the Planet of the Apes,” we thought — wouldn’t it be great if we could now actually capture Andy in the moment…"

Head over to the ACM CiE site to read the rest of the interview with Joe Letteri.