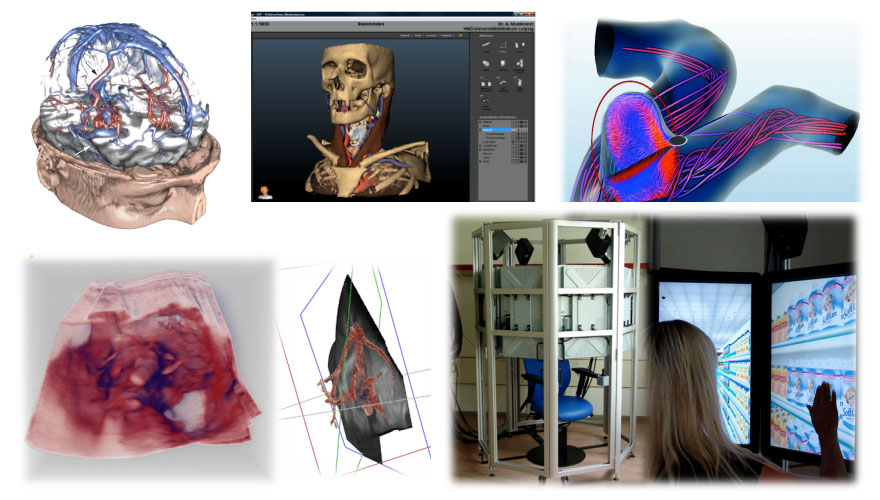 Every two years, Eurographics organizes a competition called the Dirk Bartz Prize for Visual Computing in Medicine. The biannual award serves to highlight the achievements of those who employ computer graphics for medical applications, and to encourage further research and development in the field.

The marriage of computer graphics and medicine has led to numerous, highly impactful advances in training, treatment and medical understanding. Those who work in the field of visual computing for medical applications may not be as well known to the general public as entertainment industry graphics professionals, but many have been instrumental in the creation of medical advances that have touched the lives of millions.

Past recipients of the Dirk Bartz Prize for Visual Computing in Medicine include:

Researchers and developers able to demonstrate a specific benefit that has resulted from the use of their computer graphics technology in a medical application are invited to submit their work for consideration for the 2015 award. The top three winning entries of the Dirk Bartz Prize for Visual Computing in Medicine 2015 will each receive a prize, and their submissions will be published in the "Short Papers and Medical Prize Awards" digital media proceedings. Examples of entries include the use of new data visualization techniques, interaction methods or virtual or augmented environments.

Submissions for the 2015 Dirk Bartz Prize close on January 9, 2015. For more information on the Dirk Bartz Prize, or to submit your work for consideration, visit the Eurographics 2015 website.