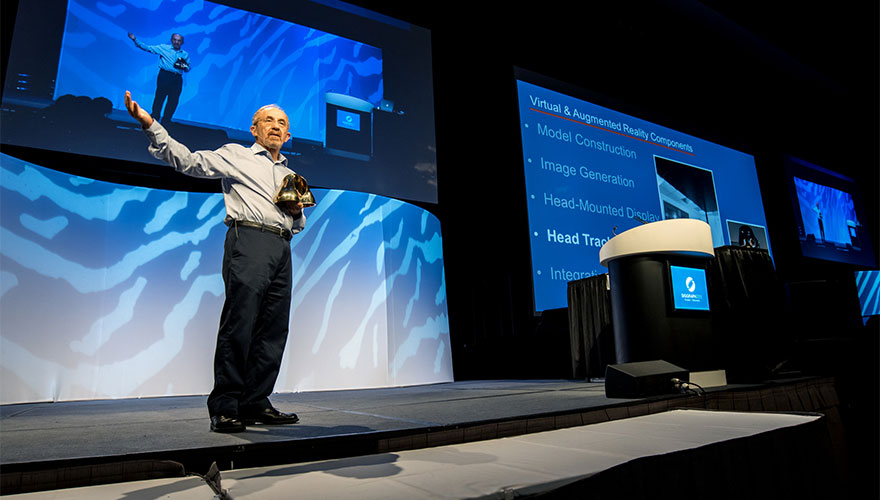 Each year, ACM SIGGRAPH bestows a small number of awards to members of the computer graphics community, in recognition of exceptional achievements in computer graphics and interactive techniques. Five of the these awards are given out annually, and one (the Steven Anson Coons Award for Outstanding Creative Contributions to Computer Graphics) is awarded every odd-numbered year.

Nominations for ACM SIGGRAPH awards are due very soon — and nominations from community members are strongly encouraged. Each award is presided over by a committee that carefully reviews each nomination, along with others the committee feels are worthy of consideration.

The ACM SIGGRAPH awards are as follows:

ACM SIGGRAPH awards are presented at the annual SIGGRAPH conference, the world's largest conference on computer graphics and interactive techniques.

This year marks the launch of a new ACM SIGGRAPH award, the Outstanding Doctoral Dissertation Award, which recognizes a recent Ph.D. graduate who has already made a notable contribution very early during their doctoral study.

Though some awards carry cash prizes, all ACM SIGGRAPH award winners receive a plaque, complimentary full conference registration and travel to the awards ceremony at SIGGRAPH.

For more information, or to submit a nomination for one of the awards, please see the ACM SIGGRAPH awards page.