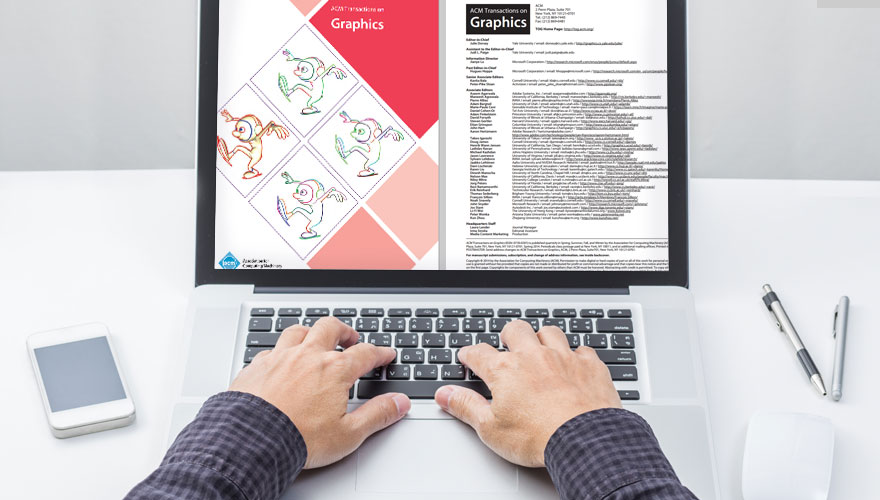 ACM Transactions on Graphics is the foremost peer-reviewed journal in the field of computer graphics. The term of the journal's current editor-in-chief — Julie Dorsey of Yale University — is ending, and the ACM Publications Board has assembled a nomination committee to aid the board in its selection of Ms. Dorsey's successor, whose term will begin January 1, 2015.

Nominations are invited for qualified candidates able to committ to a three-year term as TOG EiC. The position is voluntary, with administrative support provided by ACM.

From the ACM TOG Call for Nominations:

The EiC is responsible for maintaining the highest editorial quality, for setting technical direction of the papers published in TOG, and for maintaining a reasonable pipeline of articles for publication. He or she has final say on acceptance of papers and appointment of associate editors. The EiC is expected to adhere to the commitments expressed in the policy on Rights and Responsibilities in ACM Publishing.

For more information on the position requirements and responsibilities, visit the ACM TOG website and ACM's evaluation criteria for editors-in-chief.

About ACM Transactions on Graphics (from the TOG website):

The purpose of the ACM Transactions on Graphics (TOG) is to further the development of computer graphics by encouraging high-quality research in the field and disseminating that research rapidly and widely. The term "computer graphics" is interpreted broadly. It includes, but is not limited to, work on animation, computer-aided design, color, computational geometry, computational photography, geometric modeling, graphics hardware, human factors, image synthesis, interaction techniques (both 2D and 3D), lighting models, physical simulation, real-time techniques, and rendering. Computer graphics is more than an academic discipline; it is an eclectic and heterogeneous field with wide-ranging applications. Consequently, TOG accepts papers on novel applications as well as traditional research contributions.