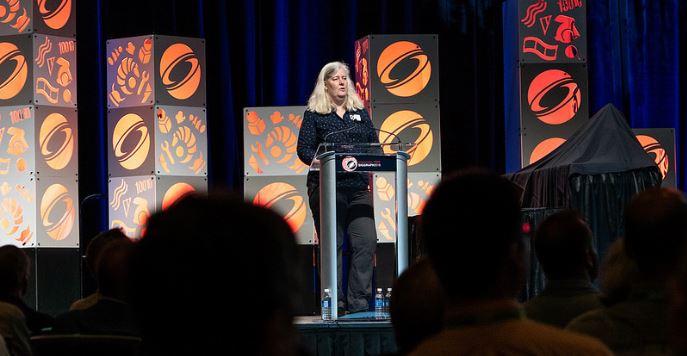 ACM SIGGRAPH has announced their annual award winners including an inaugural award for the ACM SIGGRAPH Distinguished Educator. Winners will be honored at the SIGGRAPH 2019 Opening Ceremony and Awards Presentation on Monday, 29 July, 9-10:30 am, West Hall B at the Los Angeles Convention Center.

The Computer Graphics Achievement Award
Denis Zorin: For fundamental contributions that have advanced the fields of geometry processing, multiresolution shape modeling, and geometric principles of physics-based simulation in graphics.

The Significant New Researcher Award
Wenzel Jakob: For his work in rendering and geometry.

The Distinguished Artist Award for Lifetime Achievement in Digital Art
Donna Cox: For pioneering work in the art of scientific data visualization.

ACM SIGGRAPH Practitioner Award
Stephen Hill: For multiple contributions to the field as a practitioner, including the design and implementation of ambient occlusion and hierarchical visibility systems.

ACM SIGGRAPH Distinguished Educator Award
Andries van Dam: For his impact on research practice in education as it relates to graphics and interactive techniques, cumulative contributions to the field, innovation in education, influence on the work of others, and being active in the ACM SIGGRAPH Community.