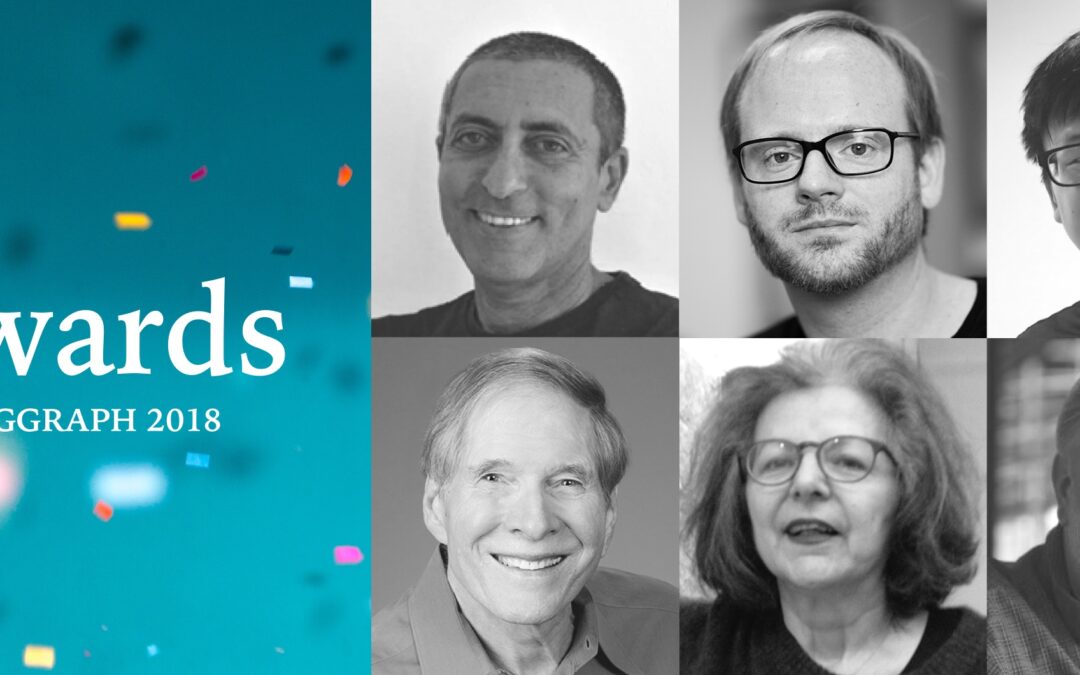 The award for The Outstanding Doctoral Dissertation Award went to Jun-Yan Zhu for his outstanding Ph.D. thesis on "Learning to Synthesize and Manipulate Natural Images." The award is annually given to recognize a recent doctoral candidate who has successfully defended and completed his/her Ph.D. dissertation in computer graphics and interactive techniques. This award recognizes young researchers who have already made a notable contribution very early during their doctoral study. The key criteria used to evaluate the nominations include technical depth, significance of the research contribution, potential impact on theory and practice, and quality of presentation.

Monika Fleischmann was awarded The Distinguished Artist Award for Lifetime Achievement in Digital Art for her pioneering efforts in the field of new media art through research projects based on interface design and new forms of communication. The Distinguished Artist Award is presented annually to an artist who has created a substantial and important body of work that significantly advances aesthetic content in the field of digital art.

The first class of the ACM SIGGRAPH Academy consists of past winners of The Steven Anson Coons Award, The Distinguished Artist Award for Lifetime Achievement in Digital Art, and The Computer Graphics Achievement Award. The ACM SIGGRAPH Academy is an honorary group of individuals who have made substantial contributions to the field of computer graphics and interactive techniques. These are principal leaders of the field, whose efforts have shaped the disciplines and/or industry, and led the research and/or innovation in computer graphics and interactive techniques.