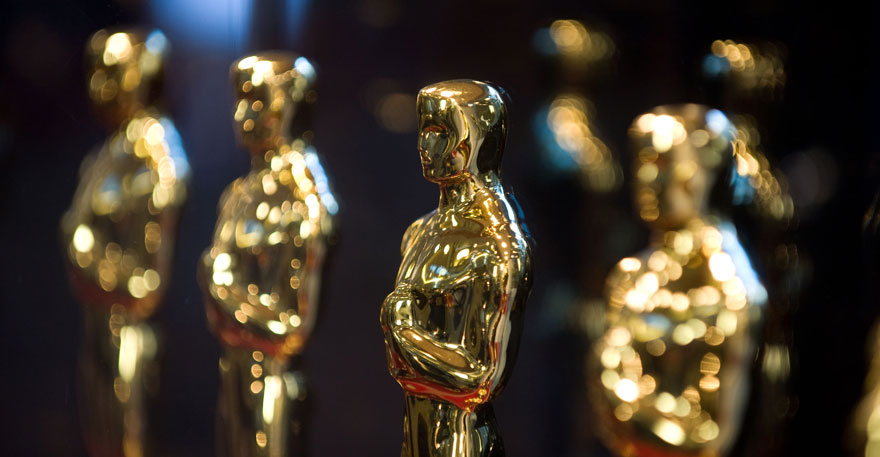 By Kristy Barkan. Interviews by Lindsay Coryne. Photography by Erin LK Reeve, except where otherwise noted. 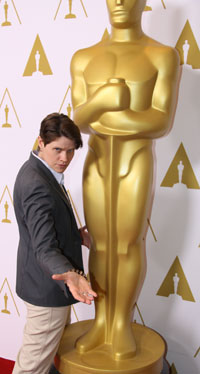 There's no doubt that filmmaking is an art form, but it's one which rests squarely on the shoulders of technology. Without the individuals who build on and re-imagine filmmaking technology, the cinematic experience wouldn't be the dynamic, ever-evolving thrill audiences have come to expect.

Since 1931, the Academy of Motion Picture Arts & Sciences has honored the accomplishments of such individuals with special Academy Awards for Scientific and Technical Achievement. On February 15, 2014, the Academy held this year's ceremony, hosting 52 sharply-dressed — and equally sharp-witted — award recipients in the ballroom of the iconic Beverly Hills Hotel.

Unlike other Academy Awards, the Scientific and Technical Achievement Awards are not limited to technology developed or implemented in the year prior. Software engineer Eric Veach, for example, received an award for his research on efficient Monte Carlo path tracing, which he completed in 1997 for his Ph.D. thesis at Stanford. Veach's research, which made physically-based rendering computationally feasible, was a fundamental breakthrough in computer graphics rendering — and is still relevant 17 years later.

"It's something I never imagined would be used to make a movie," said Veach to interviewer Lindsay Coryne. "This is an area that hundreds of people have worked on, and I'm honored the Academy has chosen to recognize my small part in that."

The silver screen payoff from Veach's research (which was further developed with Tom Lokovic at Pixar and presented at SIGGRAPH) can be glimpsed in the realistic, wind-ruffled fur of countless CG beasts and the softly-shadowed ringlets tumbling down the shoulders of many lifelike human characters.

A few minutes before the commencement of the ceremony, host Kristen Bell stopped to chat with actor Lindsay Coryne, who was interviewing on behalf of ACM SIGGRAPH.

"I have such respect for all the artists who aren't normally acknowledged, which is why I'm here," Bell said. "When someone goes to a movie theater and witnesses something in front of them that isn't actually happening, but they're convinced it is — it's exciting! And let's be realistic," she continued, with charming humility, "What they do is a whole hell of a lot harder than what I do."

The 86th Academy Awards for Scientific and Technical Achievements are as follows:

JOHN A. BONNER MEDAL OF COMMENDATION 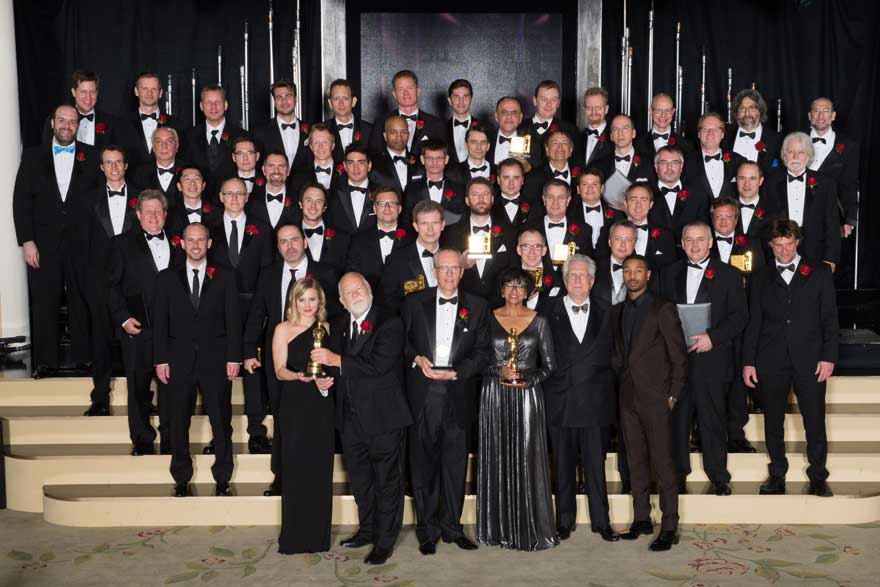 Academy of Motion Picture Arts and Sciences' Scientific and Technical Achievement Award recipients and hosts. Photo credit: Todd Wawrychuk / © A.M.P.A.S.
Manage Cookie Consent
To provide the best experiences, we use technologies like cookies to store and/or access device information. Consenting to these technologies will allow us to process data such as browsing behavior or unique IDs on this site. Not consenting or withdrawing consent, may adversely affect certain features and functions.
Manage options Manage services Manage vendors Read more about these purposes
View preferences
{title} {title} {title}