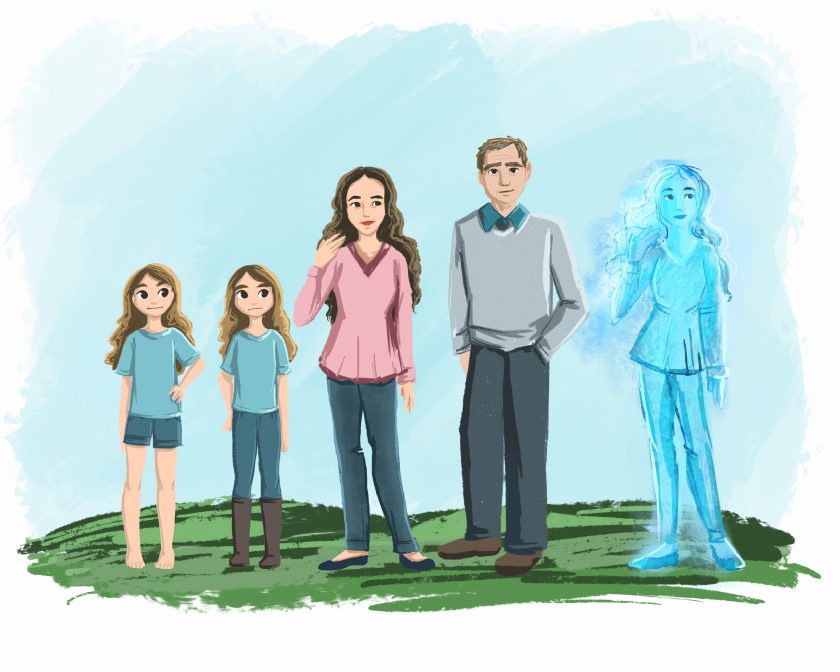 SIGGRAPH member Stephanie Eisenberg and Gabriel Bruskoff are currently fundraising for a 2D animated short What We’re Meant For on Kickstarter.

What We’re Meant For is about a 13-year-old girl, Jamie, and her relationship with her dad, shortly after her mom died. Each is dealing with the situation in an opposite way: Jamie overcome with emotion and her father emotionally shutting down, resulting in them alienating themselves when they need each other the most.

This story specifically focuses on the moment when all this comes to a head (through the loss of Jamie’s horse, also her best friend), when Jamie and her father must confront their differences and find a healthy way to deal with their demons, otherwise those demons will destroy them.

The film looks at serious topics like loss, family, and mental health, and does so in an honest and authentic way, but it is also uplifting and inspirational, presenting our world as hopeful and worth experiencing, even if it isn’t ideal.

What We’re Meant For is being funded through a $60,000 Kickstarter campaign. The campaign is currently in its second day, and has already reached 10% of its goal, with more than 100 backers from all over the world.

What We’re Meant For invites you to join their campaign and help fund this powerful, timely, and heartfelt short film. In return for your donation, you can receive a copy of the film upon its completion, behind the scenes documents, custom artwork, producer credits, and more. Your reward is dependent on the size of your donation.

To donate, go to the campaign’s website: www.WhatWereMeantFor.com and choose the perk that corresponds with the amount you are willing to give. The What We’re Meant For Kickstarter campaign closes on Friday, April 12th, 10PM PST, and so donations can be received any time between now and then.