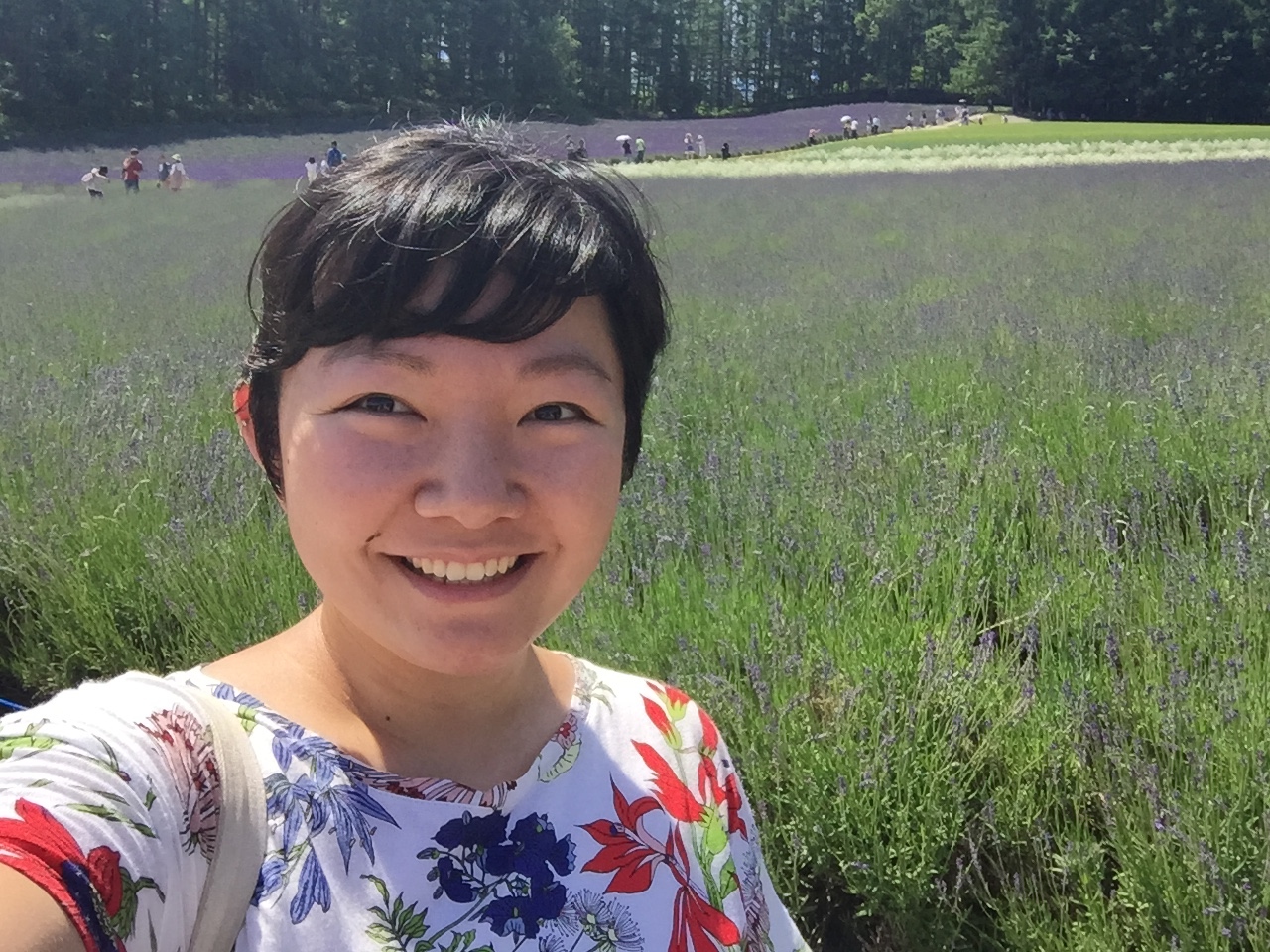 I was a private tutor for elementary kids during high school. My first full time job is my current job!

I received a BFA in Animation/Illustration from San Jose State University in 2017.

In my freshman year, one of my program's monthly film screenings was Best of SIGGRAPH, where they screened the short films from CAF. That's how I learned about SIGGRAPH and the SV Program, and so I decided to apply with my friend. I was accepted and he was not, so I went by myself. Also that year, Miho Aoki (who usually does the Japanese translations) couldn't make it to the conference, so I was asked to stand in as translator for the Conference Overview in Japanese and a few other meetings. It was my first time translating so it was terrifying, but thankfully it all went well, and I received a free mug because of it. I still use it today!

I remember one day after the conference in Bangkok, a group of us went to the Terminal 21 shopping mall where every floor is themed as a different country/city (San Francisco themed food court, Japan themed floor, French floor, etc), and even the bathrooms on each floor are decorated according to the theme. We went to every single floor's bathroom and took pictures in front of all the mirrors. When we exited the mall there was salsa music playing for some reason, and some others Student Volunteers were already dancing, so we joined the party. It was a fun night 🙂

I recently learned about Valencia 826, a literacy nonprofit organization that inspires children to read and write. Artists can contribute by being an illustrator for the stories the children write, which they actually bind and make into a cute little book. It also doubles as a pirate supply store in San Francisco, so that's pretty cool.

I'd have dinner with Hayao Miyazaki. I grew up watching his films, and he's one of the reasons why I decided to pursue animation. I've read so much and seen so many documentaries about him and his work. It would be interesting to ask him more about his personal life, and what his thoughts are on current events.

People are really surprised to find out that I am not a US citizen, even though I've lived here basically my whole life and talk like a Californian (according to non-CA people). Japan does not allow dual citizenship so my family's had our green card for a really long time. It's not really an inconvenience at the moment, but I'll probably apply for citizenship at some point now that I am now living independent of my family.

My mom. Both my parents have fostered my love for art, taught me to be independent, encouraged me to love and appreciate the outdoors, fully supported me pursuing art as a career, and always believed in anything I did. But without my mom, I wouldn't be as fluent in Japanese as I am today, because she spent hours organizing Japanese Kumon worksheets and teaching me reading and writing every single day until I reached high school level. I remember crying and arguing while doing these worksheets because it was on top of all my American school homework, but now I am eternally grateful for the effort she put in so I can maintain my native language.

Maria Ginger Tontaveetong! I've known her since my first SIGGRAPH in 2013. She has encouraged me and given me so much advice, in both SIGGRAPH and job/life endeavors. I've met so many people through her, including the 2017 Bangkok Student Volunteer Chair Pisut Wisessing, which is how I became involved with my first SIGGRAPH Asia. She's someone I really look up to. Thanks Ginger!!

I'm still very early in my career so I do not have much to point to, but getting the job at Dreamworks is definitely my proudest moment. I wore the Dreamworks logo on the Student Volunteer shirt every summer for 3 years, and now I see the same logo every day when I go to work. I have my dream job as my first experience in the industry, and I could not be more grateful.