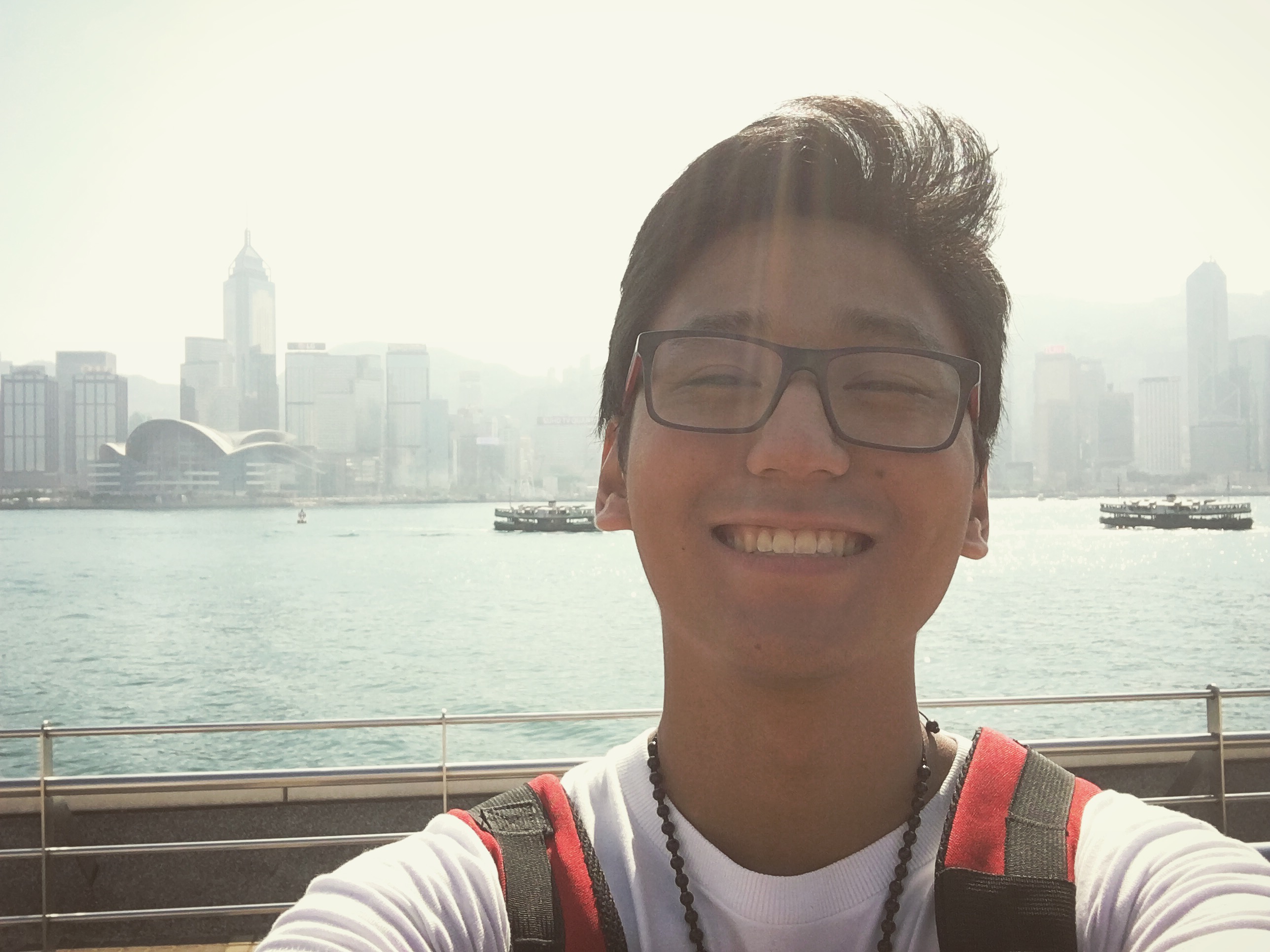 I'm a Graphic Design student in São Paulo State University (UNESP) in Brazil and I'm on my 5th year. My real passion is VFX, so I've been teaching myself 3D since my freshman year!

My first job was last year during my 1 year exchange program in the US. After studying at SCAD Savannah for 9 months, I got an internship in Atlanta where I got to work as a 3D intern for a studio called Awesome Incorporated. There I had the opportunity to work on a Adult Swim's show called "Your Pretty Face is Going to Hell".

I had really bizarre tasks, such as building a 3D environment made out of pork, gravy, and a stream of vodka coming out of a huge pig statue (also made out of pork!). It was a lot of fun!

I haven't completed it yet, but I'm planning to graduate in January 2018.

Thanks to some friends of mine (shout-out to Tales and Ivan) I first heard about ACM SIGGRAPH during a presentation about the SV Program in my university. I instantly got mesmerized by the amazing things I'd heard about, so applied as a volunteer for the conference in 2014.

My heart filled with joy when I got the acceptance email, and oh boy, volunteering that year was one of the best experiences I've ever had. After that, I got addicted (of course) and I came back as a Team Leader on the following years (2015, 2016 and 2017).

It's hard to pick a favorite one! But one memory that still sticks with me is from my first time volunteering in 2014, when the conference took place in Vancouver. A couple of days before the event, I and a group of volunteers decided to tour around the city. It was the first time I was meeting other volunteers, and also the first time I was meeting such a diverse group! There were people coming from Germany, Brazil, Poland, India and Taiwan! The weather was great, we ate some delicious food and visited beautiful places! It's a memory I'll never forget!

I'd like to share my thesis project. I have a passion about computer graphics and spirituality, and since my freshman year I've known that I wanted to create something where I could use both of them together.

The idea is to tell a story about a person going from a state of loneliness to a state of solitude, using dance, instrumental music and visual effects to create an audiovisual piece. With a very expressive choreography, intense music and visual effects to help us visualize the inner struggles of the dancer, I wanted to share some things I had learned during all my years in college.

Ashley Tisdale. She was my High School Musical crush!

I don't think most people know I'm a shy person, specially my friends from SIGGRAPH. People usually think I'm naturally outgoing and extrovert, because they always see me talking to everyone, making jokes and dancing! But originally, I used to be very shy and quiet when I was a teenager, and it took me a while to build confidence, open myself to the world and loosen my hips.

And although I can look like an extrovert person nowadays, I'm still just a shy potato inside.

In my life, I definitely learned the most from my parents and I'm only where I am today thanks to them. But I'd like to mention my reiki master Ronaldo.

He not only taught me several valuable life lessons, but also taught me how to unlearn certain things that were no longer serving me. He introduced me to some spirituality concepts that opened my mind to a new world and a new me.

I believe I've become a better person since then, and I've been trying to be aware of my actions so I can help other people as well.

Definitely! My Brazilian friends Ivan Aguilar and Tales Trindade, the amazing Emma Gauthier, and all great SV Program Chairs that created amazing experiences for me and many others: Muunuu, Christian, Christine and Jeremy!

But everyone I've met during the conference has influenced me to keep working with ACM SIGGRAPH! It's thanks to all of them I love volunteering so much!

On the last couple of weeks of my internship at Awesome Inc. I was asked if I wanted to keep working with them from Brazil as a freelancer. I was filled with excitement! I used to doubt my competence, but seeing that they were still willing to work with me ensured I was doing a good job!