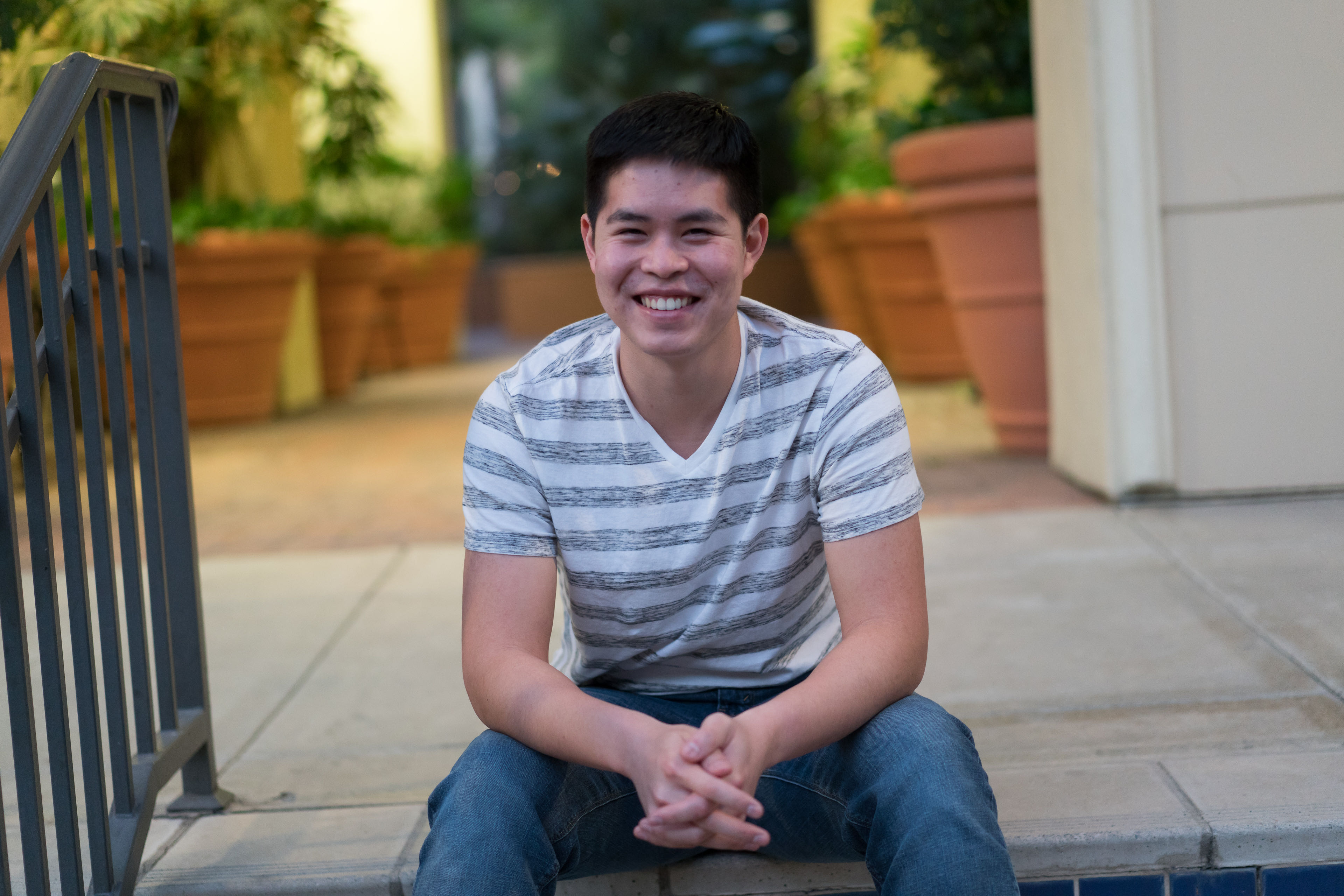 I work as a software engineer at a game company in southern California called Hex Entertainment. We produce a competitive, online trading card game that our company is aptly named after. I work with designers and artists as to implement UI functionality and client features for our game. I’ve been programming in the games industry for a few years now.

My very first job involved working the docks at a local lake. I was responsible for setting up visitors with boats, bringing them in and docking them, and keeping the general area clean. However, my first career-oriented job after graduating was as a research assistant at a vision and cognitive lab on my college campus. Coincidentally, since all of the graduate students in that lab had to program their experiments using C++ and some OpenGL, I also ended up learning a bulk of my beginning coding in that lab. My career goals eventually shifted at the end of the year when I realized I would be much happier writing code than writing research papers.

I graduated from the University of California, Riverside with a BA in Psychology.

I first got involved with SIGGRAPH in 2013 as a student volunteer! Back when I was in college I had an extra level of fascination with game engines and real-time rendering. YouTube apparently caught on to this interest of mine because it suggested I watch a video about the SIGGRAPH Student Volunteer experience. I was already interested in the conference itself, but hearing about the benefits of working as a student volunteer made it a no-brainer to apply. Suffice it to say, I had an incredible experience with so many inspiring people my first (and unfortunately last) year as a student volunteer that I felt like I needed to somehow continue participating in future conferences.

My favorite memory of SIGGRAPH was premiering the scavenger hunt app that an international team of artists and programmers including myself developed for SIGGRAPH 2017. It started out as a fun little project for the VR Village, using augmented reality on the phone to encourage attendees to explore more of the conference. It was a success, with over 1000 attendees that participated that year! Meeting the participating attendees and hearing how much they enjoyed the app was the best part of the experience. Not to say that there weren’t things that could have been improved upon, but by the end of the conference, the team was already anxious to bring back a new version of the app to the next conference.

I’m happy to report that last year’s ScavengeAR team is returning with some new additions to bring the Sigglet AR creatures to SIGGRAPH 2018 in Vancouver! This year, we are planning to include more locations for our attendees to explore. This includes landmarks and businesses across Vancouver. Ultimately, we would like to see this application become more than just an AR game, but a way to augment the attendee experience at SIGGRAPH and the cities that host this awesome conference.

I would really enjoy a one-to-one conversation with John Carmack over some good food. Carmack is commonly known as being the lead engineer, innovator, and co-founder of id Software — a company that was famous for games like Wolfenstein 3D, Doom, and Quake. id Software’s game engines were also known for pushing the boundaries of early 3D game technology. Even now, he continues to be an active tech evangelist in his current role as CTO of Oculus. To me, he’s a pioneer, technical genius, and well-spoken public speaker that I would really enjoy talking with. I'd especially like to pick his brain about his ideas for Oculus and where he thinks VR/AR is headed in the future.

Everyone in my immediate family has an official “American” first name except for me. I was very young at the time my parents and older sister were deciding on adopting new names. 4-year-old me chose “Tommy” as my new name, taken after my favorite character from the Power Rangers television show. However, the paperwork to finalize my new name somehow never made its way back into the government’s hands. It worked out though. “Tommy” wasn’t a very good pick for me in retrospect…

I can’t definitively point to just one individual and say that they were above the rest in terms of what I’ve learned from them. I’ve learned many different lessons from my parents, friends, mentors, and other peers. Through the years one of the most important things I’ve learned is to surround oneself with good people. Learning from their examples and having their support had a real impact on positively shaping my view of myself and the kind of goals I want to set for the future.

I largely have Casey Kwock to thank for helping me stay active in the conference. I heard that Casey was actively involved in SIGGRAPH well after his years as a student volunteer, and after my first experience, I could understand why. I only qualified to be a student volunteer for one year at SIGGRAPH, so I needed to find another avenue that would allow me to continue being a part of the conference. In the following years, Casey encouraged me to look into conference subcommittee positions and to continue to attend in the following years even if it only involved networking. In late 2016 I got offered the opportunity with Casey to develop a companion app for SIGGRAPH. Developing an app for SIGGRAPH was a perfect avenue for me since I already did that for a living. I feel really fortunate this year to have another opportunity to return for 2018 with a new iteration of the ScavengeAR app! Now that I think about it, Casey also got me my first gig in the games industry. I think I owe this guy a few drinks…

My proudest moment so far in my career happened this year when an opportunity presented itself to take over the principle UI engineer position at my studio. I took it knowing that it would require plenty of extra time spent to get up to speed, but I also knew there was a lot of potential for growth in the process. On top of that, we were planning to port our game from the PC to a gaming console, meaning we needed to replace the game’s PC-centric UI to something that would work better for a controller. It took several months of work to get the port ready, but we launched close to our original target date and I just felt an overwhelming sense of accomplishment when we launched! It was the best decision I could have made.