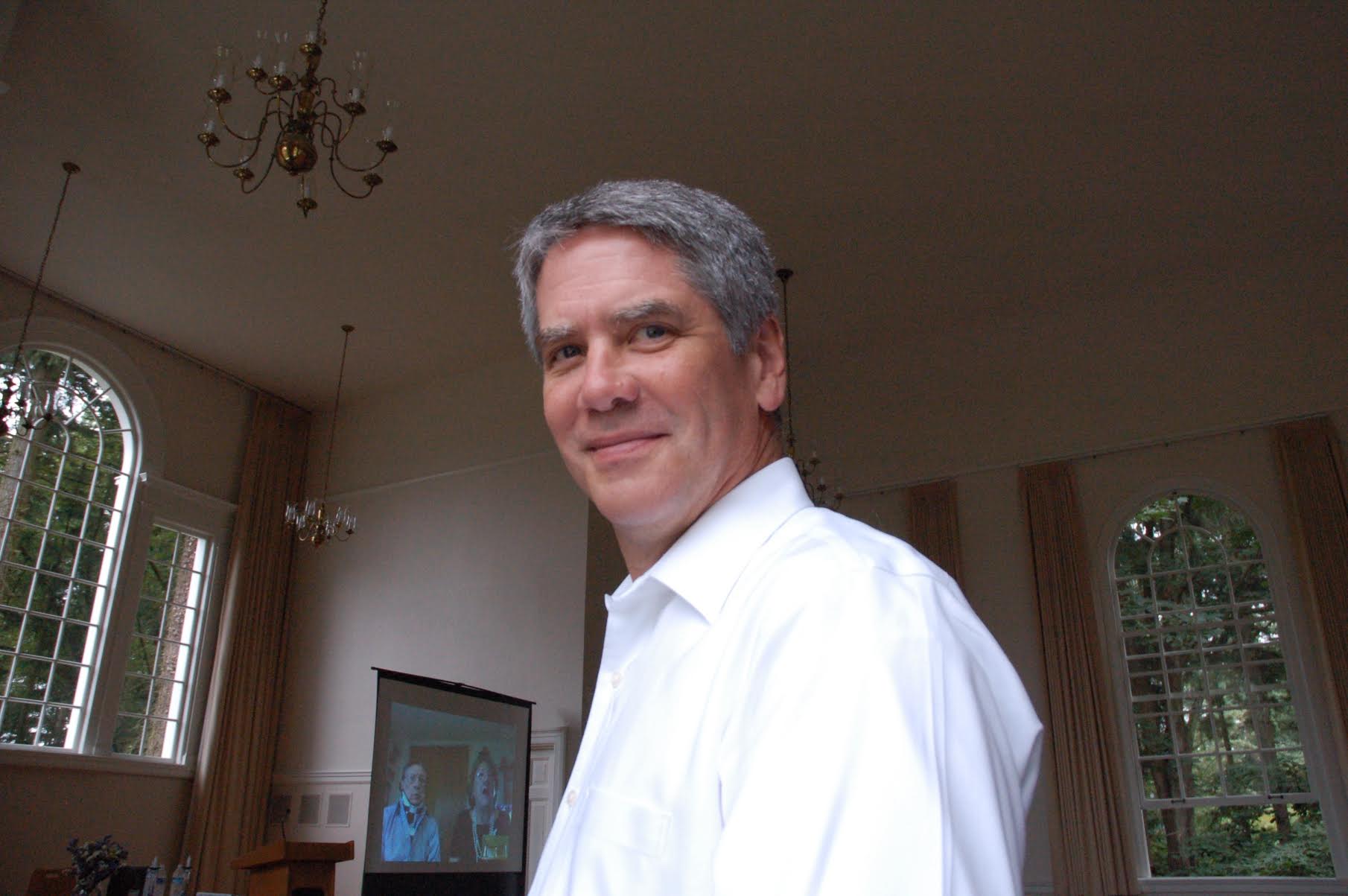 My official title is "Graphics System Engineer," and I've worked under that title for a little more than fifteen years. I am part of the IT support team in the Computer Science department at the University of Washington in Seattle. Day to day, this position combines general IT support for the department, and focused support for the computer graphics and animation personnel and infrastructure. Before moving to the University of Washington, I held a similar position at The Ohio State University for eleven years.

Bagging groceries and stocking shelves at a Grand Union supermarket in Bradenton, Florida.

I earned my undergraduate degree in Computer Science from the University of Florida, and my Master's degree from The Ohio State University.

After my first year of graduate school at The Ohio State University, I made plans to attend the SIGGRAPH '86 conference in Dallas, Texas with two of my fellow graduate students. It was an amazing experience, from start to finish. I still remember the huge logo-inspired carpet in the convention center, and seeing "Luxo, Jr." in the Electronic Theater.

Not too long after that – and I dearly wish I'd kept this correspondence – I read a call for volunteers to take up a "computer graphics bibliography project." I thought this was a good fit for me: I was studying computer graphics, and was interested in databases and BibTeX, and replied to the inquiry.

I worked with the then-Director for Publications for the organization – one Steve Cunningham – on that project, and gradually took on a larger role in conference proceedings production. I recall being late to my first Publications Committee meeting in Chicago in 1992; I'd gone to the wrong tower at the conference hotel and had to go back down to the lobby, then over to the other tower and up to the meeting room. An embarrassing start, to be sure!

When Steve (Cunningham) was preparing to run for President of the organization, I was one of two people he thought would be responsible successors as Director for Publications. I interviewed with him at the conference in Orlando in 1994, and assumed that position late in the same year. To my continued amazement, I've held that position ever since. (I think I'm getting the hang of it.)

One always remembers one's first SIGGRAPH conference – mine was 1986 – but 2011 stands out as my favorite. It was the first time the conference was held in Vancouver, BC, and my partner and I rode our bicycles from Seattle to Vancouver to attend! Two days, 180 miles, and a number of phone calls with UPS regarding our luggage.

When I started working with the organizers and contributors to our events, papers were delivered AS paper. "Cut and paste" involved scissors or an X-Acto knife and, well, paste. Organizing the accepted papers into a proceedings involved writing the page number on the back of each and every page, and delivering a tall stack of paper to the printing company, where each page would be drum-scanned, color-corrected and adjusted. We'd then receive a high-quality proof of the proceedings, and the original pages, and would compare them, page by page, and make notes about changes to be made. Those changes would then go back to the printing company. The annual conference proceedings were (and still are) a "big deal" for us; we'd hire a printing consultant to stay at the printing plant and approve each 16-page section (or "signature") of the book before any printed copies of that section were saved for binding.

The 2002 conference – held in San Antonio, Texas – was significant in a number of ways. It wasn't the most successful of conferences, financially, given the location and the events of 9/11 still somewhat fresh in our memories, but it was the first of our conferences with an all-digital conference proceedings. Authors delivered PDFs, rather than physical paper, and the proceedings were prepared from the PDFs. The image quality of this proceedings was noticeably better than previous years' proceedings, and without all of the manual labor associated with the delivery of final articles on paper.

We've gone from paper proceedings, to multiple CD-ROMs, to DVD-ROMs and USB media, and electronic distribution of content through the ACM Digital Library, but the move from paper to PDF is, in my estimation, the biggest single shift.

7. What is something most people don’t know about you?

About ten years ago, I took up running. An 8K fun run (for which I was not prepared!) led to 5K and 10K events, to half-marathons, and then a full marathon. Nine full marathons later, I'm still in love with the training and execution of a long-distance run. I'm not fast, but I finish.

8. Is there someone in particular who has influenced your decision to work with ACM SIGGRAPH?

Steve Cunningham. He was the one who sent out that first call that I answered – working on the computer graphics bibliography project – and who has been a mentor to me for more than twenty years. I enjoyed working with him on publications, and then on our organization's Executive Committee when he was President of the organization. He was a good friend, and trusted colleague.

9. What can you point to in your career as your proudest moment?

My career's not over yet. Who knows what's to come?