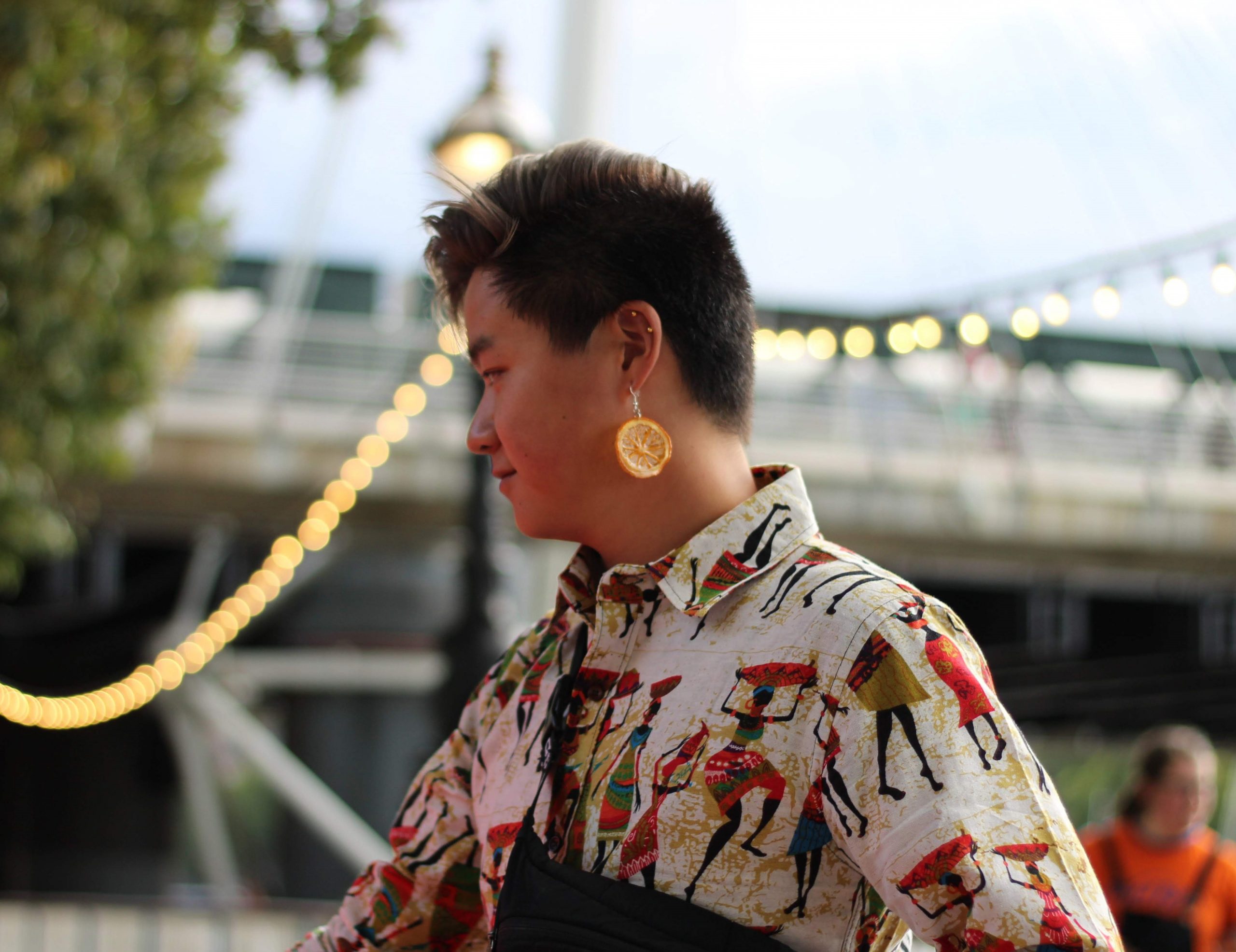 I am currently a computer science and animation student based in Boston. I’ve just wrapped up my fourth out of five years and will be graduating in 2021. Right now, I’m interning at Facebook working on the Horizon platform, and I hope to be joining the organization next year to work on other social VR and AR projects!

I currently attend Northeastern University, working toward a Bachelor’s of Science in Computer Science and Media Arts and a Minor in Ethics.

My first exposure to SIGGRAPH was when the president of the Northeastern Animation Student Association pitched the SV program at a meeting after her first time volunteering the year before. I was accepted to volunteer at SIGGRAPH 2017 in LA. Since then, I’ve been a team leader in Vancouver (2018) and LA (2019). Since our university’s first volunteer in 2016, more and more people have applied to volunteer every year!

My favorite SIGGRAPH memories are actually those that take place after the conference (Don’t get me wrong. There are too many amazing things about the conference to count.). Reconnecting with the amazing people I’d met at the conference, building up the SIGGRAPH community throughout the year, and, especially as a team leader, seeing first-time attendees and volunteers rave about the experience always fills my heart.

At MIT Hacking Arts 2018, I had the opportunity to pitch and work on a VR experience exploring the emotionality of household furniture, object-based storytelling, and combining real-world actors with virtual elements. We animated furniture models and asked participants to freely explore the space, encouraging them to engage with the VR space as if it were real, with “actors” performing as virtual elements of the scene. (You can check out the devpost here -> https://devpost.com/software/luxo-jr-8tq64c)

I’d love to have dinner with Lisa Hanawalt, the production designer and a producer BoJack Horseman and creator of Tuca & Bertie. I am such a huge fan of her visual style, and I’d love to discuss her thoughts on both the impact of her work in society. I admire the way her show are vulnerable and explore difficult subjects in a way that is honest and revealing, and I really

I love to make sweets! I love baking choux pastry, decorating cakes, and have even baked a wedding cake before! I hate cleaning up afterwards.

I’ve probably learned the most from my animation professor Jason Donati. Though he joined our program recently, Jason has pushed me to be better and has always encouraged me to explore my interdisciplinary

My fellow volunteers and team leaders have made working with SIGGRAPH a highlight I look forward to every year. There are so, so many individuals to name, but I am especially thankful for Victoria Barranco who introduced me to SIGGRAPH in the first place, Emma Gauthier for making my first time TL-ing such a memorable experience, and Gwen Lofman for always being such an incredible friend and inspiring me to be myself and my best.

I don’t know if I can pick a single moment, but some of the proudest moments in my career so far has been working face to face with some people whose names I’d previously only known as the authors of books I’ve read and referred to countless times. At SIGGRAPH, I’ve met the coolest people from organizations I’ve followed since I’d first discovered computer graphics was even a thing, and interning at Facebook last summer, I also had the opportunity to work with talented designers and engineers like Patricio Gonzalez Vivo!