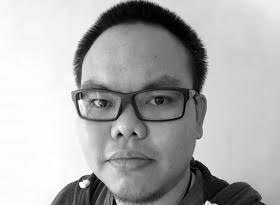 I have been working as a Houdini effects artist in the animation industry for almost six years now, full-time and freelancing. I love the problem-solving aspect of visual effects that utilizes my background in Physics and Mathematics. Two years ago, I decided to try something new. I quit my full-time job to pursue a doctorate degree at Trinity College Dublin, Ireland. I am funded by the ADAPT Centre to conduct research in character lighting and its emotional effects on the audience. I still work freelancing and teaching jobs on the side.

My first job offer came from Siva Kumar, a friend and recruiter I knew through the SIGGRAPH network! I was recruited to work on the DreamWorks Animation’s feature, “Penguins of Madagascar,” as an effects artist/developer at the DreamWorks Unit, Technicolor India. It was a real eye-opener, working on a project of that magnitude with many incredibly talented colleagues, and at the same time, traveling around India.

I earned a BA in Physics from Cornell University and MFA in Digital Production Arts from Clemson University.

SIGGRAPH 2009 New Orleans was my first SIGGRAPH as an attendee and that was also when I learned about the SIGGRAPH Student Volunteer Program. My friend, Shirley Yu, was an SV that year. Following her to the SV Office and around the conference, and meeting many of her SV friends inspired me the join the SV Program at SIGGRAPH 2010 Los Angeles. I love the SV community and keep coming back to the program whenever I am eligible. I was an SV again in 2011, 2012, 2016 and 2017. I have also volunteered at SIGGRAPH Asia for six straight years since 2011.

I have many memorable SIGGRAPH moments. The most vivid one has to be SIGGRAPH Asia 2012 Singapore. After the Student Volunteer wrap party, at around 2am, five SV friends and I walked two miles through the sleeping city to see the Merlion, the symbol of Singapore, because a few of us had not seen it yet and had to fly back home that morning. We couldn’t take a taxi as many roads were closed for an early morning marathon. Our trip to the Merlion was also recorded and included in a SIGGRAPH Asia 2012 SV promo video. It was a crazy night.

I would like to describe my role as the Student Volunteer Chair at SIGGRAPH Asia 2017 Bangkok. The Thai CG industry and education had expanded rapidly and bringing SIGGRAPH Asia to Bangkok helped to accelerate that growth many folds. As the SV Chair, I tried my best to promote SIGGRAPH and SIGGRAPH Asia to Thai students and encourage them to get involved with the community in the early stage of their career. I was grateful and excited that SIGGRAPH Asia was held in Thailand for the first time.

This is a very difficult question. My answer right now would be Hayao Miyazaki. I am a big Ghibli fan and I love every details carefully crafted in Miyazaki’s films. I learned from his works that the story and how it was told are far more important than the medium used to tell the story. I would love to talk to him about his new project but probably would not ask him about his retirement 🙂

I grew up dreaming to be an astrophysicist. I used to study Heliophysics in highschool and tried to join a few research teams in the Cornell’s Astronomy Department but never got accepted.

Professor Lynn Tomlinson, my experimental animation instructor at Cornell, was one of the people that made a significant impact on my life. She introduced me to a whole new world of animation beyond the computer, and most importantly, the joy of practical filmmaking, shooting stop-motion films with an actual camera! It was a turning point in my career path while I was struggling through college and depression.

After being an SV for many years, both in North America and Asia, Eugene Harng, the Student Volunteer Chair at SIGGRAPH Asia 2013 Hong Kong invited me to join his SV subcommittee. That was the start of my deeper involvement with the ACM SIGGRAPH organization. I continued to serve the Asia SV subcommittee in 2014 and 2016, and has been appointed as the SV Chair at SIGGRAPH Asia 2017 Bangkok. It was difficult to be part of any SIGGRAPH subcommittee as there were many highly qualified candidates applying for the positions every year. Without Eugene and the full support of SIGGRAPH Asia, I wouldn’t be able to afford to attend SIGGRAPH Asia in the past six years on my own.

I made a chalkboard stop-motion animation about Mandelbrot Set and it was viewed more than 300,000 times on Youtube. I also received a personal email from Professor Benoit Mandelbrot himself. It was just a short message but it meant a lot to me.