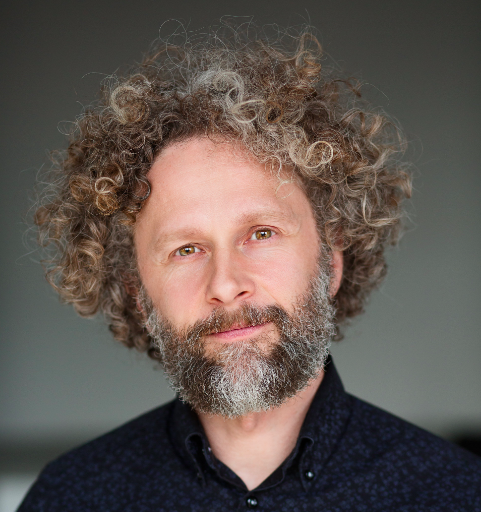 I’m a professor of computer science at McGill University since 2008. My
research focus is physically based computer animation, such as the
simulation of deformation, wrinkles, contact, and friction, as well as
control of physics based characters for balance, locomotion, grasping,
and manipulation. But I’m interested in lots of different things and I
have strayed from my main research focus when opportunities arise.

I worked in a hardware store as a teenager, stocking shelves, mixing
paint, and helping people find plumbing parts or electrical supplies.
Otherwise, my first computer related jobs were my co-op work terms at
Waterloo at the Communications Research Centre involving optical
character recognition, and the Canadian Space Agency involving haptics.
And if the work terms don’t count, then my first real computer related
job was at a company called Televitesse working on software that
searched TV broadcasts via the captions and recorded snippets for later
viewing, and when the company merged with Telexis I switched to writing
hand optimized assembly code for H.263 video compression on a funky
integer DSP chip. But that job was just to fill a gap year between
undergrad and grad school, so perhaps my first real job is my current
job at McGill?

I have a BMath, computer science with electrical engineering electives,
from the University of Waterloo. During my undergrad I spent a year in
France on exchange at l’Université de Technologie de Compiègne. I have
an MSc and PhD in computer science from the University of British
Columbia, and followed my thesis supervisor Dinesh Pai to Rutgers in New
Jersey for the last 3 years of my graduate studies. I also spent two
years in Grenoble as a post doctoral researcher in Marie-Paule Cani’s
team at Inria.

My first SIGGRAPH was 1999. I was a new MSc student and was happy to
help Doug James as an equipment lackey for his live ArtDefo demo. I
remember the cyberglove Doug used for the demo had bad electrical
interference problems and the sensor amplifier box ended up wrapped in
foil like a big baked potato. Also, the demo ran on a desktop computer
that had barely survived the flight from Vancouver in checked luggage. I
think the graphics card or memory had come loose, so it was perhaps
quite lucky that the demo ended up running so smoothly in the end.

It is hard to extract a single memory from all the years, but that first
SIGGRAPH was quite memorable. The conference was still near its peak in
1999 with about 3 times as many people attending as in recent years, and
the exhibition was huge. Another fond memory of mine from these early
years was my part of the presentation of the FoleyAutomatic paper that I
had with Kees van den Doel and Dinesh Pai back in 2001. After presenting
a few slides, I had a live demo where I had to catch a virtual egg with
a virtual wok using a haptic device after it had rolled, slid, and
bounced its way through a Rube Goldberg contraption with automatically
generated contact sounds. While I had thoroughly practised catching the
virtual egg, I was surprised and relieved when the live demo worked as
planned.

We have some recent work on stippling with aerial robots at Expressive,
which was co-located with Eurographics in Lisbon. The robots are very
small, about the size of the palm of your hand, and equipped with a
small ink soaked sponge to make marks on the canvas. There are
challenging control aspects such as robot model estimation, Kalman
filtering for state estimation, latency between motion capture and
control, radio communication interference, and control parameter tuning.
Then there are also interesting computational aspects, such as path
planning with the constraints of limited battery life, dynamic
adjustment of stipples to accommodate errors in placement, and the
variability of stipple sizes as ink on the brush gets used up. Most
importantly, I think the process and the results are really fun. We have
followed up with a tethered flight control paper at IROS, and some long
exposure light painting at Expressive 2019.

7. If you could have dinner with one living or non-living person, who
would it be and why?

Is there a time machine to bring my dead dinner date to the present, or
do I get to go to the past? If there is a time machine, it will
certainly be easy to fit this dinner into my schedule, and perhaps the
inventor of this time machine would make a pretty good dinner date among
the endless list of other excellent candidates (scientists, writers,
artists, or musicians). Among the non-living people it would probably be
very interesting to talk to someone from 2119 and to hear about how
technology has evolved.

I play recreational water polo. I used to play a lot of ultimate
frisbee, but stopped after a knee injury. When I arrived in Montreal, I
had joined a swim club to train for a sprint triathlon, but I didn’t
really enjoy swimming or triathlons that much, and I really missed
playing a team sport, so I was easily convinced by the polo players in
my club to give it a try. It is a great workout, and it has definitely
been one of my passions outside of work, in addition to year round
biking in Montreal.

I’ve learned from and been influenced by many people, so I don’t think
this is question I can easily answer. So many people have had a such a
big impact on shaping my education and career that I’d prefer not to
single out just one individual.

I suspect the best is yet to come, so I would go check with my future
self with the time machine from question seven.