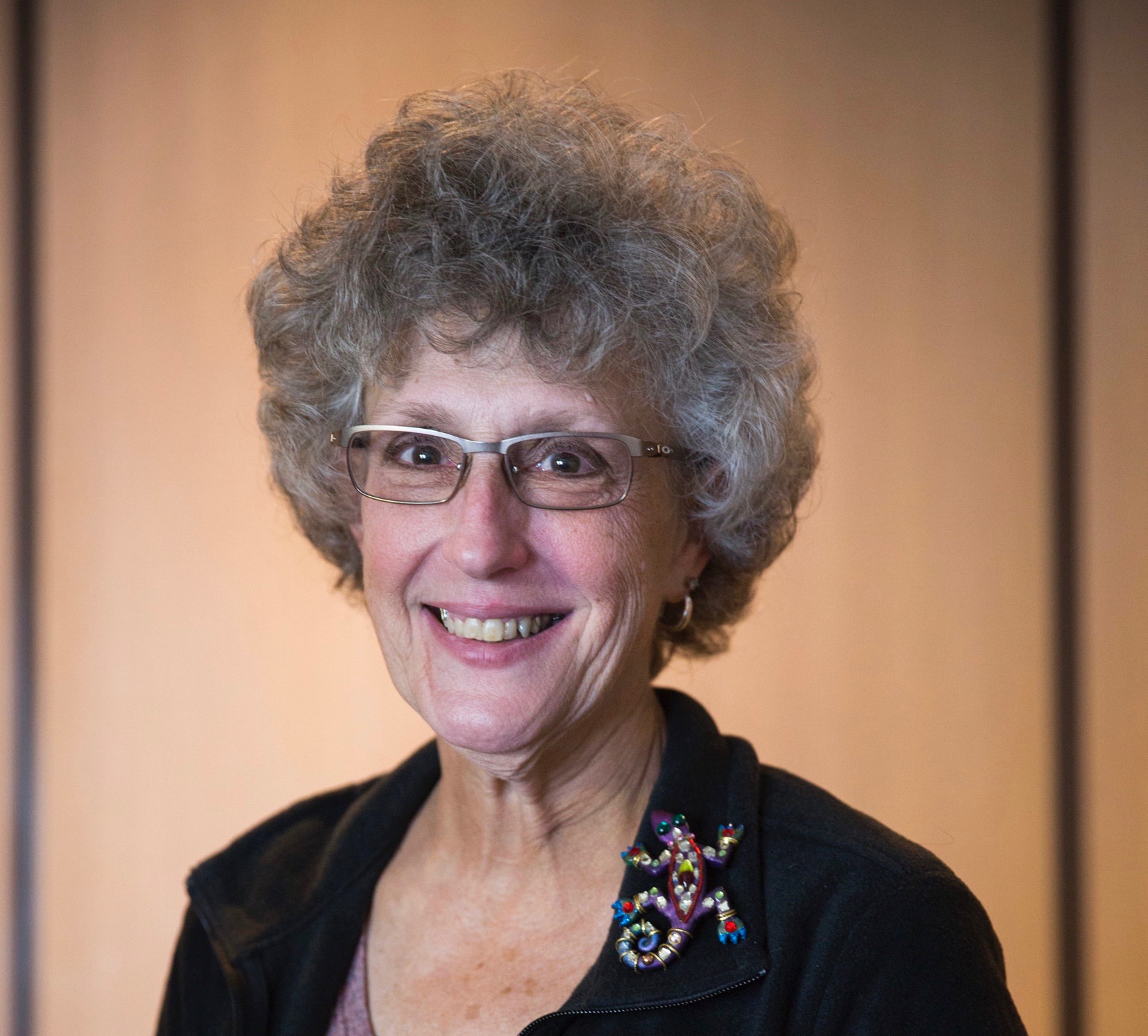 I’ve been at the Electronic Visualization Laboratory (EVL) in the Department of Computer Science at the University of Illinois at Chicago (UIC) for 32 years, the first 28 years as Associate Director and since then, as Director. EVL is a graduate student research laboratory with a variety of high-performance visualization, virtual-reality, and collaboration systems that were developed or acquired through collaborations with interdisciplinary faculty and their students. I help with grant writing and reporting, project management and promotion. My research interests include computer graphics, visualization, collaboration, human-computer interfaces, high-performance computing, and international advanced networking infrastructure.

When I was in college, my first job was as a cashier at the local movie theater. After I got my MS degree, my first real job was at Hewlett-Packard writing firmware for terminals. Computer graphics was a very nascent discipline in the late 70’s, though HP eventually started developing a graphics terminal and I got to work on it.

I got my BA in mathematics from Temple University and my MS in computer science from University of Pennsylvania.

My favorite memory is of a rotating Mercedes Benz symbol that was shown in the SIGGRAPH 77 Film & Video Show (today’s Electronic Theater). In 1977, one needs to be reminded that raster displays and 3D modeling were emerging, but weren’t mainstream, and only one year earlier, I did my MS thesis using a Tektronix vector graphics terminal. So, the evening of the Film & Video Show, I was very tired and sleepy, as I was exhausted from helping organize the conference (as we far exceeded the number of attendees expected) — until this Mercedes Benz symbol appeared. "Big deal,” I thought. Then, the realization that this rotating shiny metal object was computer generated woke me totally up! That Mercedes Benz symbol was created by Information International, Inc. (also Triple-I or III). Triple-I co-founders John Whitney Jr. and Gary Demos eventually left to start Digital Productions in the early 1980s, and I was fortunate enough to work for them.

I hope I contributed many firsts to the ACM SIGGRAPH community, but am very proud of being co-author (with Bruce McCormick and Tom DeFanti) of the 1987 report "Visualization in Scientific Computing” (ViSC). That report was the result of a U.S. National Science Foundation  (NSF) Panel on Graphics, Image Processing and Workstations. Rick Beach, then SIGGRAPH editor-in-chief, agreed to publish it in the Computer Graphics newsletter (Volume 21, Number 6, November 1987). With its widespread SIGGRAPH distribution, the ViSC report gave rise to the nomenclature of all things “visualization”.

Grace Murray Hopper comes to mind. I actually heard her speak several times when I was a graduate student at University of Pennsylvania. In recent years, my university sends a large contingency of female and underrepresented minority students (as well as male and female faculty) to the annual Grace Hopper Celebration of Women in Technology conference, and they come back energized. I mentioned to a female faculty member and graduate student that I had heard her speak when I was a student, and they were both in awe, so much so that they occasionally introduce me as "someone who met Grace Murray Hopper.” So, I would love to actually meet and have dinner with her, to both inspire me and to get a selfie I can share 🙂

When I was a young girl, I wanted to be an artist. During my four years of high school, I had a scholarship to attend Saturday art classes at Philadelphia’s Museum of Art. But, when I was a high-school junior, I was told that to create an art portfolio for college, I would need to drop a math or science class in my senior year, so I would probably no longer qualify to obtain a Liberal Arts college degree. Meanwhile, in my art classes, one teacher was critical of my oil painting (and rightfully so) and kept having me look at a book of Rembrandt’s work in order to study his techniques, as though I would be able to figure out how to make my art better! So, I decided to pursue math as my vocation and keep art as my avocation. As a math major in college, I took a computer course, and got hooked on programming. As a computer science student in graduate school, I was introduced to computer graphics. As they say, the rest is history.

One typically credits their parents, as do I. Mine encouraged my interest in art, math and computer science (though they had no idea what computer science was in the early 70s). During my high-school years, my Dad taught me drafting, which was then considered a boy’s profession — he sold kitchens and I helped produce simple layouts. My Mom said I could pursue anything I wanted, as long as i was a certified high-school math teacher, so I became one. I appreciate that my parents allowed me to pursue my interests.

Jim George has been my mentor and friend since I first met him. I was introduced to Jim George and Steve Levine at SIGGRAPH 76 by Norm Badler, as they were the SIGGRAPH 77 Papers Chair and Conference Chair, respectively, and Norm suggested I get involved. They welcomed my skills and contributions, and that was the year I met another volunteer, Tom DeFanti, who subsequently hired me to work at EVL. Jim became Chair of SIGGRAPH, and got me more involved in the organization and conferences.

I am very proud to be the first recipient of the ACM SIGGRAPH Outstanding Service Award in 1998. I couldn’t attend SIGGRAPH 98, however, as I was part of an NSF funded research project at work and was expected to attend a networking conference in Geneva, Switzerland, held at the same time. I made a video of my acceptance speech and asked an EVL student to accept the award on my behalf. Word got out, and 30+ current and former EVL students walked onto the stage to accept the award when my name was called. I was very touched!