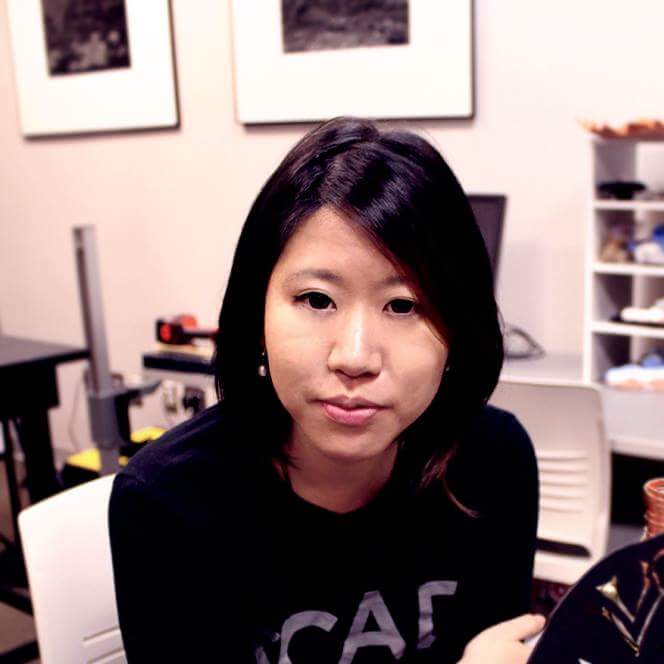 I currently an animator at Magick Lantern studio in Atlanta. I mainly work with animation and motion graphics, which is ironic considering I'm not a big fan of the process of animating itself and more working to produce animation. I like the process of storytelling. I've been working in this field for around 5 years now. Previous to this, I was in the field of graphic design and User Interface (UI) for 12+ years before I decided I wanted to pursue a career that involved more storytelling. I am also the executive director of ASIFA-South, a 501c3 non profit organization: International Animation Society south US chapter of ASIFA (Association Internationale du Film d' Animation). Our main mission is to foster entrepreneur education for creatives, increase diversity, increase access to STEAM education, and offer exposure to artists and animators in the South. We run international animation screenings, free animation workshops, panels, and business basics masterclasses. This year, we are planning an Animation conference upcoming in August 2017. Our organization also works with the Atlanta Film Festival, where I'm currently a filmmaker-in-residence with, to jury the Oscar eligible animated short category.

My first formal paid full time job was as a web designer for a startup online medical directory called Novasans Ltd. It was really interesting because at the time I had this weird fear of not progressing that I took the first job I was offered as I was finishing up my undergrad degree in computer graphics. Luckily, the boss was awesome and I learned a lot about SEO, user interface, drew over 60+ medical illustrations, and branding. Before that, I've interned with a couple of places such as the web department of Channel 7 in Bangkok and the SINKID boutique advertising agency in Singapore, where I was able to do my first actual client work for Unilever's Magnum Ice cream Website.

The first time I got involved was in 2013 Anaheim as a student volunteer. Then I was hooked and kept coming back to Vancouver in 2014, SIGGRAPH ASIA Shenzhen in 2014, and LA in 2015 as a Team Leader. In 2016, I was invited to join the S3 Student Services Committee and this year, 2017, I was also fortunate to be able to be a part of SIGGRAPH ASIA 2017 in my hometown Bangkok as producer for the Computer Animation Festival.

This is such a hard one since SIGGRAPH is always awesome but my favorite memory of SIGGRAPH was actually my first SIGGRAPH even before I got to the conference itself. My best friend Shir Wen Sun, who was also accepted as a student volunteer was traveling with me to SIGGRAPH from Atlanta but we got stuck at the Texas airport mid-transfer due to the weather. When we arrived in Anaheim, it was 1 hour before our registration and our luggage was sent to LA airport instead. It arrived at 2am the night before our first morning shifts the next day and when we went down to get it, the sprinklers turned on. Talk about having such luck. But when I got to SIGGRAPH student volunteer orientation, my exhaustion was washed away with all the enthusiastic friendly faces of the other student volunteers. The energy in the place was indescribable and I felt like I belonged with people who were like-minded and cared about the same things. It was exhilarating and although I ended up not seeing a lot of the things I initially was planning to, I knew I had to come back and be a part of this community.

This might be a bit more than a project but the upcoming ASIFA-SOUTH Animation Conference that we are planning for August is something I'm excited for. It's been hard work getting the organization to its current state and trying to uphold its former legacy passed down by other past leaders. I've had a couple goals that we've been able to achieve in the past two years such as getting a 501c3 status, organizing an International Animation Festival that was multi-location in Hong Kong, Taiwan, Atlanta, and Savannah thanks to our partners SCAD and Rooftop Animation. But one of the biggest goals that I was looking forward to was to be able to start up an Animation Conference & Festival to bring in spotlight on the animation industry in Atlanta. It's going to start off not too big as we want to focus on quality but eventually I would like it to become tradition and a conference professionals in the industry would consider coming to. My thoughts are always that if you want something that isn't there and you have the means, do it. One day I would like to look back and say "We wanted an animation conference in the South where there was none, so we made one". Much kudos and love to my committee members made up of dedicated passionate volunteers.

If it's one person, it would be my aunt but in general my family. Off the top of my head, I can't think of anyone more supportive than them and since I've been doing my MFA, I go home once a year. I don't really get homesick since I am usually busy with working and once a year is pretty good but every time I see their face, I remember why I work so hard and that I am not alone. My aunt is now 80+ and she sometimes gets lonely and depressed quite a bit. It comes with old age and the fact that she used to singlehandedly support the whole family in her times. It might sound morbid but every year I worry that I might not get another chance to have dinner with her the next year.

From the outside I look like I know what I'm doing or that I have a goal I'm working towards, which is true. But ever so often, I get a panic attack, waking up in the middle of the night wondering what I'm doing with my life and how everything is so uncertain. I also understand that's a very human thing so when I get that way, I usually think about how we'll all die in the end. Again, it sounds morbid but I don't find it depressing but comforting. In a way, recently I was told that I hold an absurdist view, which after some reading, is pretty much along the lines of how I think. Expect nothing, prepare for the worst, but do your best. If I do die tomorrow though, I would have no regrets and that's how I like living.

My cousin, Ping. She is the type of person I aspire to be. She is around 20-30 years older than I am but from her, I've learned about patience and filial gratitude through example. She has always supported me so much financially and emotionally. She has so much patience and is giving but never expecting anything back. She taught me how important it is to forgive and let go of things and how we don't truly have control in life. We simple do our best and make use of the opportunities we are presented with and not to waste them. I could say that she has taught me the importance of empathy and that someone can be truly giving without expectations.

I was first invited to work with SIGGRAPH through the scouting of someone I consider a close friend and mentor Chris Van Noy March and our S3 Chair Corinne Price, who accepted me so I was very grateful for the opportunity. The first person to also peak my interest in becoming more involved with SIGGRAPH was Norbert Drage, who was my first team leader as a student volunteer because he said I had potential and should apply as a team leader 😀 But I would have to say overall, it was the community itself that made me want to give back as much as I have gotten from it.

As of current, it was probably winning the Jury's Choice award for the Atlanta Film Festival Oscar eligible animated short category in 2015 for our animation Starlight. It was the first real animated short I got to co-direct with Shir Wen Sun, Tamarind King, and Yu Ueda for our collaboration class at SCAD. It was mainly because previous to that, I hadn't been doing animation for very long and in 3 months we had to pump out an animation. This was a learning experience about teamwork and these people are my best friends, so to be create an animation with them and have it validated as successful and selected for various animation festivals such as Pictoplasma was extremely amazing. It was the moment I could truly feel like this is perhaps my calling and that I can really do animation. Our professor Matthew Maloney was also such a big push and it really lead me to believe that it really is possible to do what I love.