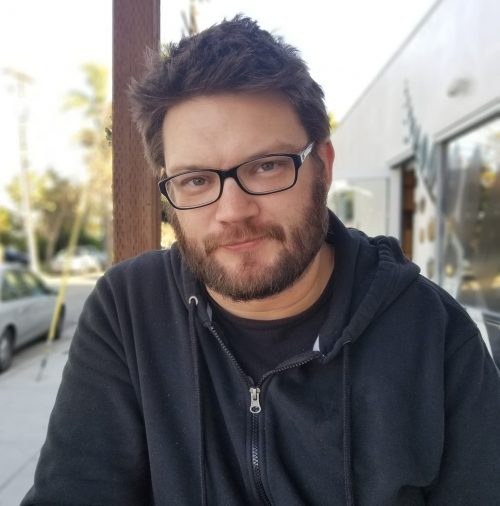 I’ve always had an “Oooh! I want to learn that!” sort of career path. I spent 15+ years in VFX for film / tv as an artist, supervisor and producer. As a producer, I quickly realized that I hated dealing with money and excel spreadsheets but became insanely interested in the overall flow of data from Camera to the final post process.  I’ve spent the last 5 years diving into the back end tech of film workflows writing software to  streamline editorial and vfx workflows. I’m now Director of Customer Success at Zorroa. A software company founded by some SIGGRAPH folks, that specialize in implementing AI and Machine learning not only into the vfx and film / tv world but other industries as well. I help clients understand their data and build a roadmap to implement AI and ML into their production workflows.

My first job ever?! I was a bag boy at Ray’s IGA grocery store, but my first professional job was a VizRT artist, creating realtime 3D info graphics for Sports broadcasts like CBS Sports, MLB Network and the Sky Network.

I first got involved with SIGGRAPH in 2002 in San Antonio as a Student Volunteer close to graduating with a degree in psychology.

So many fond memories! I’d say the memory that had the most impact for me was walking into my very first Electronic Theater and being completely blown away. I think seeing the first VFX breakdowns for Spider-Man was really an eye opener for me. That was a big life changer for me. I immediately went to the show floor the next day and talked to every Animation / Computer Graphics school I could, and decided that was what I was going to do with my life.

I’ve signed too many NDAs to answer this one! Haha!

Oh man! What a good question. I think if I were to have dinner with 1 person, it would be Bill Murray. That guy is my spirit animal. If you haven’t seen the documentary about him, I strongly suggest it!

I’d say its hard to pinpoint a single person. I’ve had the opportunity to meet so many amazing people at different moments in my life that have played such a large role in everything from my career goals to my overall perspective on life, and how to be a better person.

Jason Howey, my old college roommate is 100% responsible for me going to SIGGRAPH in 2002. Once I was in, I was hooked.

Creating the software JOUST and helping change the landscape of how films managed their VFX and Editorial pipelines would have to be my proudest moment. Having the opportunity to collaborate with a great team of friends and some brilliant industry professionals to identify a problem and create something that shook up the way people think about managing data/images from Camera to Post Production was such a rad experience. I learned so much during this time and it helped pave the way for future opportunities in my career.