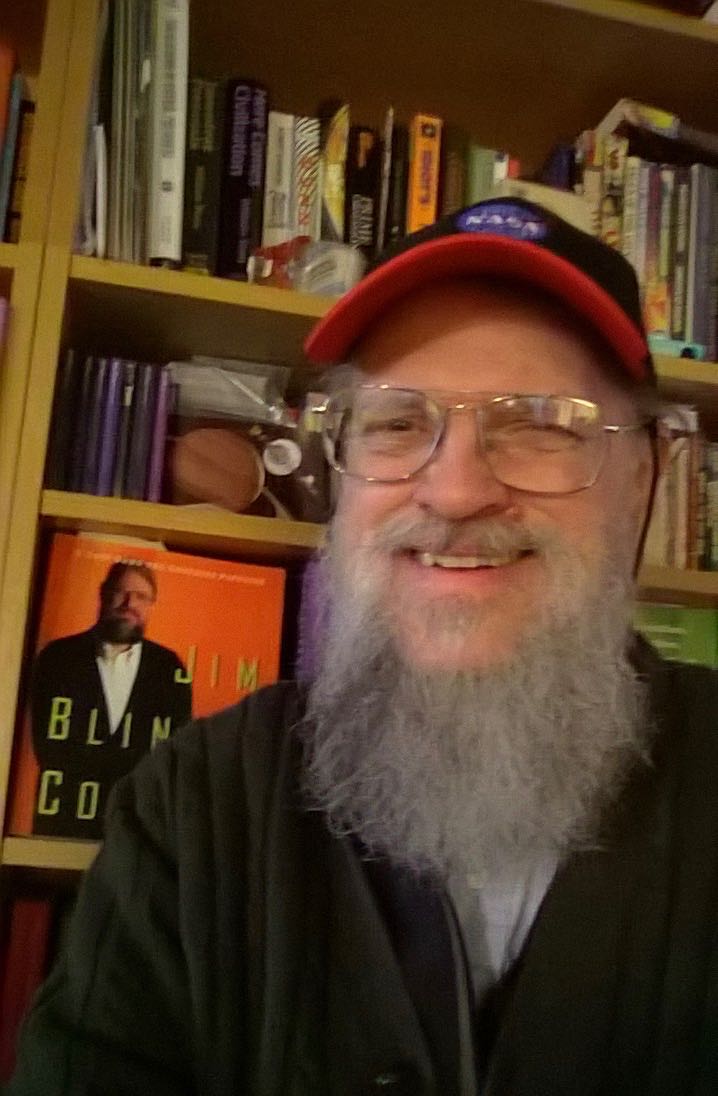 I have been retired for the past seven years. I am now tinkering with Algebraic Geometry as a hobby.

Aside from having a paper route and working on my hometown school-building repair crew, my first technical job was scanning bubble chamber photographs, looking for interesting events in proton-antiproton collisions for the University of Michigan Physics department while I was an undergrad there. This was not as technical as it sounds. It involved hours and hours of matching the pictures against a set of rules for number of input and output tracks and comparing their curvature against a template to weed out uninteresting non-proton events.

I finished my PhD from the University of Utah in 1977, although it took until 1978 to get the paperwork done.

I attended various SIGGRAPH-related conferences (just as an audience member) even before the first regular yearly conference in 1974. My first paper in SIGGRAPH was in 1976 (teapots, with Martin Newell).

Experiencing the positive reaction to my videos in the Electronic Theater, and seeing that the people in the audience actually “got” my jokes.

I am continuing my work on ways to make Algebraic Geometry more understandable (at least to me). This involves making lots of pictures of various constructions and translating the equations into tensor diagram notation which makes the algebra a lot neater.

I am also working on my “memoirs” which will consist of two parts: One is a personal description of the various technologies I have used and how they have evolved over my lifetime. The other tells about the incredible series of good luck and good timing that has resulted in career opportunities beyond my wildest dreams.

I would like to have dinner with John Lasseter to congratulate him on making my favorite movies of all time, and to talk to him about his model trains and Disneyland.

I was not born Jim Blinn. I was adopted at the age of 3 by my mother’s second husband, Tom Blinn. He was a terrific dad and always supported me in my interests even though, as an art teacher, he didn’t always understand them.

I have to pick two.

First is Jim Jackson. He was a graduate student at the University of Michigan and I was his undergraduate assistant. I managed to wrangle this job because he had the neatest toy in the universe: a PDP-9 computer with a state of the art (at that time) display. He had created an incredibly elegant operating system from scratch and together we wrote network design applications for it. Once when he came back from an equipment show he talked about a hardware based real time 3d line display on exhibit there and said “let’s try to make one in software”. I thought it couldn’t work because our computer was too slow. But we tried it and it worked (for simple 3d shapes). I learned to try stuff even if I wasn’t sure it would work.

Second is Martin Newell. He taught the computer graphics course at the University of Utah and I was his Teaching Fellow. We spent many hours together discussing how to organize and teach the course, maybe three hours planning for each hour of course lecture time. Our backgrounds before that time were very complementary so we learned more from each other than probably anyone taking the course did.

Steve Levine. He was the general chairman of the 1977 conference, and at the 1976 conference he came up to me and Martin Newell and asked us to put together a course for the ’77 conference that showed how “you guys at Utah did all that neat stuff”. That was the beginning of my transition from an audience member to a course speaker.

My animations for “The Mechanical Universe”. When I was young I had been fascinated by animated science documentaries like “Man in Space” and the Bell Science series and I was lucky enough to be able to contribute to a next generation of them using most of the ideas I had been picking up over the first 35 years of my life.