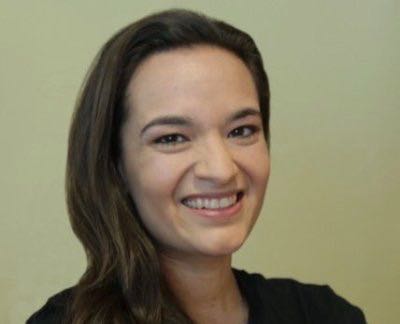 By day, I’m a Senior Technical Artist at BioWare in Austin, Texas. I typically describe it as a perfect blend of art and technology: crafting creative tools and workflows for artists on game teams using a variety of programming and scripting languages. At its core, I’m a professional problem solver and I love the endless challenges I am required to solve on a daily basis. Although I’ve been a Technical Artist professionally on multiple AAA titles (including Star Wars: The Old Republic, Madden NFL, NBA Live, and Tiger Woods PGA Tour) for nearly a decade, I feel that it has been my calling nearly all my life: I’ve always been a tinkerer, thinker, and visualizer who thinks logically.

And by day and night (these jobs never clock in or out), I’m a wife of over seven years to an extremely loving husband who has supported my industry endeavors for well over a decade, as well as a (recently new) mother of a sweet little baby boy.

My first paid job ever was as a graphic artist for the school newspaper at Texas A&M University, The Battalion. I drew illustrations to complement opinion articles and created infographics for front-page stories. Incidentally, many of the people I worked with through the years at school ended up in film or games, and I still keep in contact with many of them to this day. Gig ‘em!

I received both of my degrees from Texas A&M University: a Bachelor of Science in Computer Science with a Mathematics minor, and a Master of Science in Visualization Sciences.

My first experience at SIGGRAPH was as a Student Volunteer at SIGGRAPH 2002 in San Antonio (my hometown!). I didn’t know much about SIGGRAPH beforehand, but at the encouragement of my high school art teacher, I applied to volunteer. By the time I finished my volunteer hours that year, I was hooked. Although I wasn’t able to attend SIGGRAPH in 2003, I returned as a Student Volunteer the following year and met a few fellow volunteers who I still keep in touch with to this day. The rest is history! One of them is my dear friend Mikki Rose, who basically grew up with me through the Student Volunteer program as we served as Team Leaders, Subcommittee Members, and eventually Chairs (in consecutive years!). I can’t even begin to explain how deep of an impact the SIGGRAPH Student Volunteer Program has had on my life. It has been incredible seeing how the people I knew then are making an impact on the industry today.

Oh wow, there are so, so many. But for me, I think the best memory was during SIGGRAPH 2013 when we assembled all of the Student Volunteers in front of the Anaheim Convention Center for the inaugural yearly group picture. That was the only time that all of the volunteers were assembled in the same place. All ready for the week to begin. For one shining, brief moment, I was able to see all 300 faces that I had worked tirelessly for two years for as Chair. These people were the future of the industry. People who were experiencing SIGGRAPH for the first time, just as I had 11 years prior. Veterans who were coming back to relive the experiences in previous years and make new memories. As the “Proud to be…SV!” yell resonated throughout the group, I couldn’t help but realize that all of those sleepless nights in preparation and the hard work my subcommittee put in to make it a reality was all so very worth it. To this day, it’s one of the proudest moments of my entire life.

My current professional work is in new IP, and there’s plenty to be excited about on this project, but unfortunately, the public will have to wait!

In the meantime, I thought I’d share a little bit about what I did for my thesis at Texas A&M. When I was in graduate school, the Wii had just been released, and so everyone was exploring the possibilities of sensor-based interaction with the Wiimote (especially with its nice $40 price point). My research evolved into an interactive video-based painting installation using Max/MSP/Jitter using the Wiimote as a paintbrush. Aspiring artists could view themselves on a video screen, creating painting marks with the Wiimote as they moved about the installation space. The application, however, would remember where the participant’s marks were made within the installation space, and so the artist could then see themselves occluding parts of their own drawing depending on their position within the space. This was a couple of years before the Kinect and Playstation Move were available (which would have been fun to incorporate into a project like this), but at the time, the thesis work provided a nice level of interactivity that married the artist with their artwork in the same image. It also provided a novel way to create immersive digital art using unobtrusive interfaces.

Wow, this is a tough one! People like Tim Duncan, Picasso, Jimmy Fallon, and Bono come to mind (I know, I’m all over the place with this one), but I think I’ll go with Pope Francis. I look up to him a lot. He is one of the greatest living examples of humility and love that I have ever seen, and he just seems like a joy to be around. I’d love to just be in his presence to hear his thoughts on life and spirituality.

From a young age, I was always convinced that I would be an artist… an aspiring Picasso or Van Gogh. I also wanted to be a basketball star, but let’s face it, I’m not super tall and I wasn’t all that great at it. So I had to settle with just being the biggest San Antonio Spurs fan there ever was, and I was ok with that. In 1996, San Antonio hosted the NBA All-Star Weekend and held a mural design contest. The theme for the contest was “Respect”, and my abstract design incorporated three people of different races playing basketball: one individual had fallen on the ground, and the other two were helping him up. (As you can imagine, I was uncontrollably excited when my art teacher, Mrs. Prescott, informed me that the design won.) I was given the opportunity to transform this concept into a 12-foot by 24-foot mural near the Alamodome in just three days with the help of my middle school advanced art class and a pair of local professional muralists. It was just the coolest thing ever. We got a ton of press, the mural was viewed by thousands of people, and George “The Iceman” Gervin even stopped by while we were painting to teach us the finger roll. Seriously one of the best memories of my life.

And if that isn’t enough for you, I’m also an extra in the “Selena” movie.

There are so many wonderful people who have been a part of my life that I have learned so much from. But if I had to choose someone I’ve learned the most from, it would certainly be my dad, just from the sheer amount of motivation and dedication he’s shown in his life. He came from a single parent household with low income and despite insurmountable odds, he has accomplished so many great things. He managed to complete high school, move on to a successful career in the U.S. Air Force where he was the first person in his family to graduate with a college degree and served as a meteorologist and a systems analyst, and so much more. He’s never looked back. If it wasn’t for his example and encouragement, I certainly wouldn’t be here today. In fact, I know I wouldn’t. It was because of him and my mother that I had such strong support as I became the first woman in my family to graduate with a 4-year college degree (in Computer Science, no less). He has always made learning an adventure and has shown me that if you make it a lifelong one, you’ll be unstoppable.

All of the people I’ve worked with as a volunteer at SIGGRAPH keep me coming back year after year. It’s an incredible, tight-knit family spanning countries and continents, and I find it so extraordinarily special. After 14 years of talking about it, I was finally able to bring my mother to SIGGRAPH 2016, and only then did the countless stories and memories I recounted each year make sense to her. She saw this community of passionate innovators and creators first-hand and finally understood why I regard them as my extended family.

Truly, none of this would have been possible without the encouragement of my high school art teacher, Mrs. Linda Otstott, to apply to be a Student Volunteer back in 2002. It started with that one simple suggestion, and it changed my life for the better. So to all you educators out there – please know that you really do have the ability to influence your students in profound ways, sometimes even more than you realize.

I think there’s always something special about the first full professional project you work on, and for me, that was the Tiger Woods PGA Tour 2010 video game. I was part of an extremely talented and fun team where I felt challenged at every corner. I learned a ton from my mentor, Rahul, who was super patient and kind as I learned to navigate these new waters. The game in particular represented a year of hard work and the first time I had given the very best of my skills and abilities to contribute to a product that was enjoyed around the world by hundreds of thousands of people. My younger brother and I had played countless hours of games growing up, and I was beside myself just thinking about how I was now creating those kind of experiences for someone else.

I’m super proud of every title I’ve contributed to throughout the years and all of the memories therein, and I can’t wait to see what the future holds. I really think that the best is yet to come. With each year comes more experience, and with more experience, more things to be proud of.