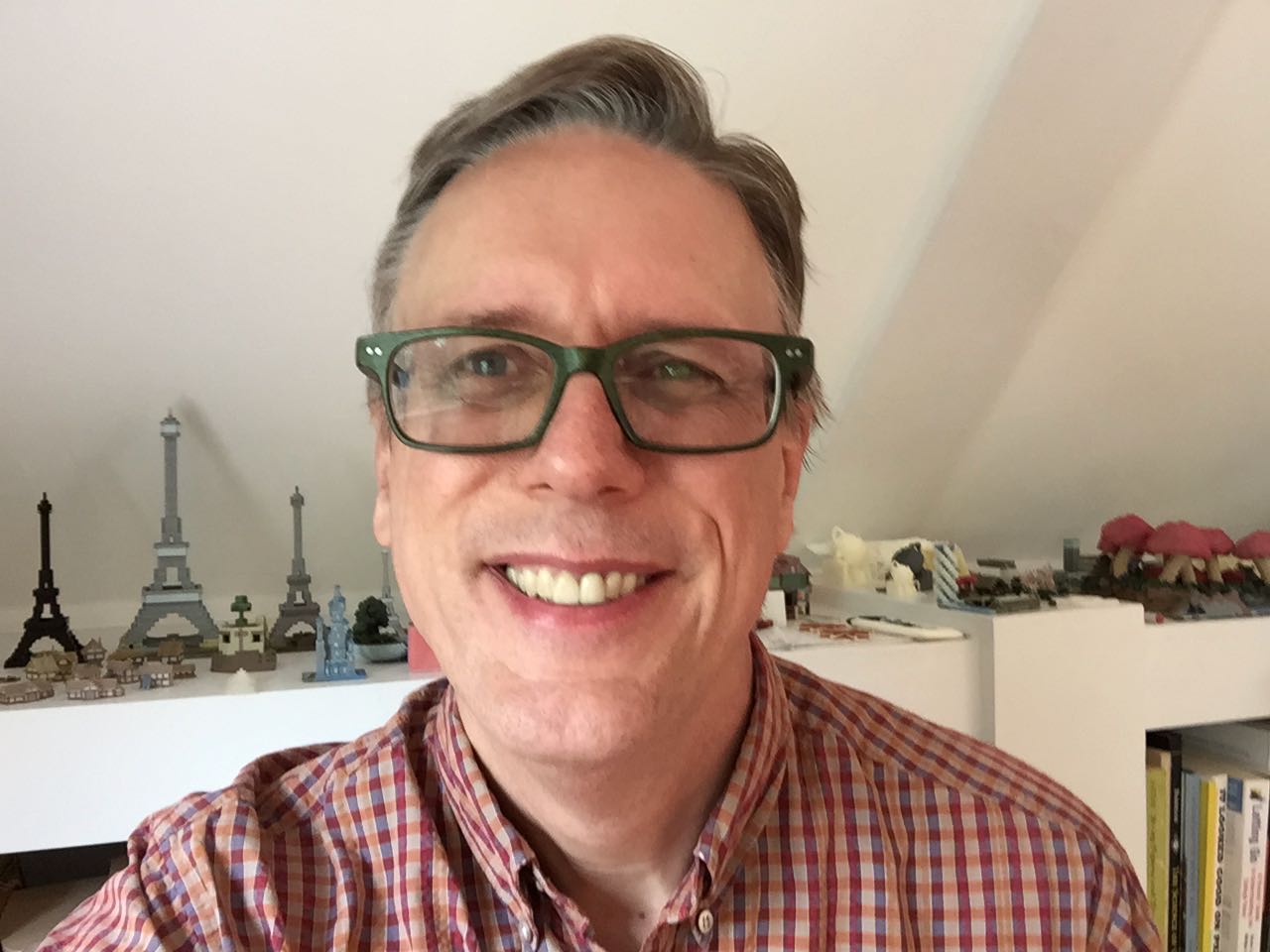 I'm a computer graphics programmer, and have been doing it since 1983. I've worked for Autodesk Inc. for more than two decades, currently involved in cloud platform work. I like being involved in computer graphics outside work. I've helped write (and rewrite, and am rewriting) the book "Real-Time Rendering," along with other books and articles; started a computer graphics journal, twice (the open-access jcgt.org, the reboot of JGT); ran the magazine/journal The Ray Tracing News (which helped at least one graphics luminary flunk out of college by getting diverted by it); participated in various SIGGRAPH courses, panels, the art show, committees, and whatnot; webmastered for ACM TOG; co-chaired I3D; and curate the Graphics Gems code repository & provide storage space for SIGGRAPH course presentations (at realtimerendering.com). Oh, and diversions: I ran the Fantasy Graphics League, where you could choose your dream CS department, and the Real Artifacts museum (bit.ly/3dartifacts). Which all sounds busy, but that's all over 3+ decades. I mention most of these because I hope you may find them of interest.

BS in Computer Science from RPI, a few years working, then an MS from Cornell's Program of Computer Graphics.

I was a student volunteer at SIGGRAPH 1984, in Minneapolis, a great way to get involved.

I'd say going again and again on a whirling water park ride at a SIGGRAPH reception long ago, city forgotten (Las Vegas?), with Al Barr (who got me interested in the field) and others.

Oddly, the software I'm currently best-known for is the free Mineways program, which exports Minecraft models for rendering or 3D printing. Six years in, it gets tens of thousands of downloads a month. It was fun seeing it used in The Studio at SIGGRAPH in 2015. Me, I like to use it to teach kids about 3D printing.

Martin Gardner, as I absorbed his "Mathematical Games" columns as a teen and admired his work from then on, especially on debunking pseudoscience. I did write and get a reply from him as a teen, confirming for me that The Amazing Kreskin was a phony.

I took a semester off after my Junior year in college and bike toured around Britain, then worked there. Doing mindless data entry for a few months vastly improved my motivation (and GPA).

My father, and "be friendly, but be firm." I wish I were as good at it as he was.

I would say Andrew Glassner, as he invited me to speak at the "Introduction to Ray Tracing" courses starting around 1986. He inspired me to get involved with the field as more than just a job.

Developing and helping students in an ongoing free online MOOC called "Interactive 3D Graphics," bit.ly/intro3D. I've loved helping people learn about the field of computer graphics, knowing that every question I answer is asked because the person truly wants to understand the subject. If I had to pick a particular moment, it might be getting a message from a participant saying, "in my country I think we don’t have schools making this kind of Course." I enjoy collecting and providing information to people who want it, preferably at no cost.