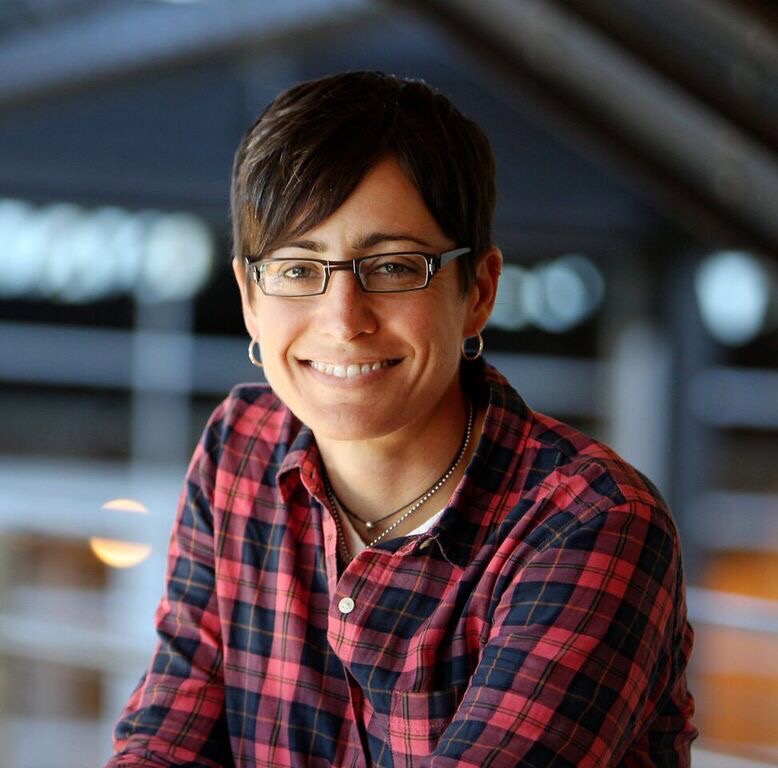 Director of Photography for Lighting at Pixar (meaning I direct the lighting). I have been at Pixar for 21 years.

My very first job was at a baseball card store in Boulder, Colorado where I initially got paid in baseball cards!

I got my computer science degree from Harvard.

In 1994 I took the computer graphics class at Harvard, taught by Joe Marks, and then joined his graphics group. We poured over many a Siggraph paper!

I was a student volunteer for the Siggraph conference in 1996 in New Orleans. It was awesome!

I just finished over 3 years of working on the movie Coco. It had so many awesome technical and artistic challenges to it, it’s hard to choose just one!

Obama. I would love to hear about the challenges of being the other in the room so often and how you overcome that and even harness the power of it to prevail. It would also be awfully interesting to see how there can be such apparent balance of intense work yet loving family life. It would also be fun if she brought her husband too.

I can cook some mean Thai food! I have taken years of cooking classes from this awesome Thai chef in Oakland.

On a work level, Sharon Calahan, hands down. She is not only an absolutely brilliant artist with light but also an amazing strategist when it comes to all things movie making. I am forever grateful for all she has taught me.

In outside work life, my mom and grandmother Meg. They taught me to follow the things I love and don’t let anything stand in the way. They are both strong, kick ass women that I take inspiration from every day.

Joe Marks, my graphics professor at Harvard for sure. He has been involved with the Siggraph conference for years, has pulled me in on some things there and of course was the first to introduce me to the amazing resources.

Recently I received an email from a teacher in Mexico who said how much Coco meant to him. He said it brought great pride and comfort as they were dealing with the series of awful earthquakes and other hard times. He talked about the pride he felt in his country and their culture. Working on films is magical but when you get to make one that touches people in the way he described, that feels like you’re a part of something very special.