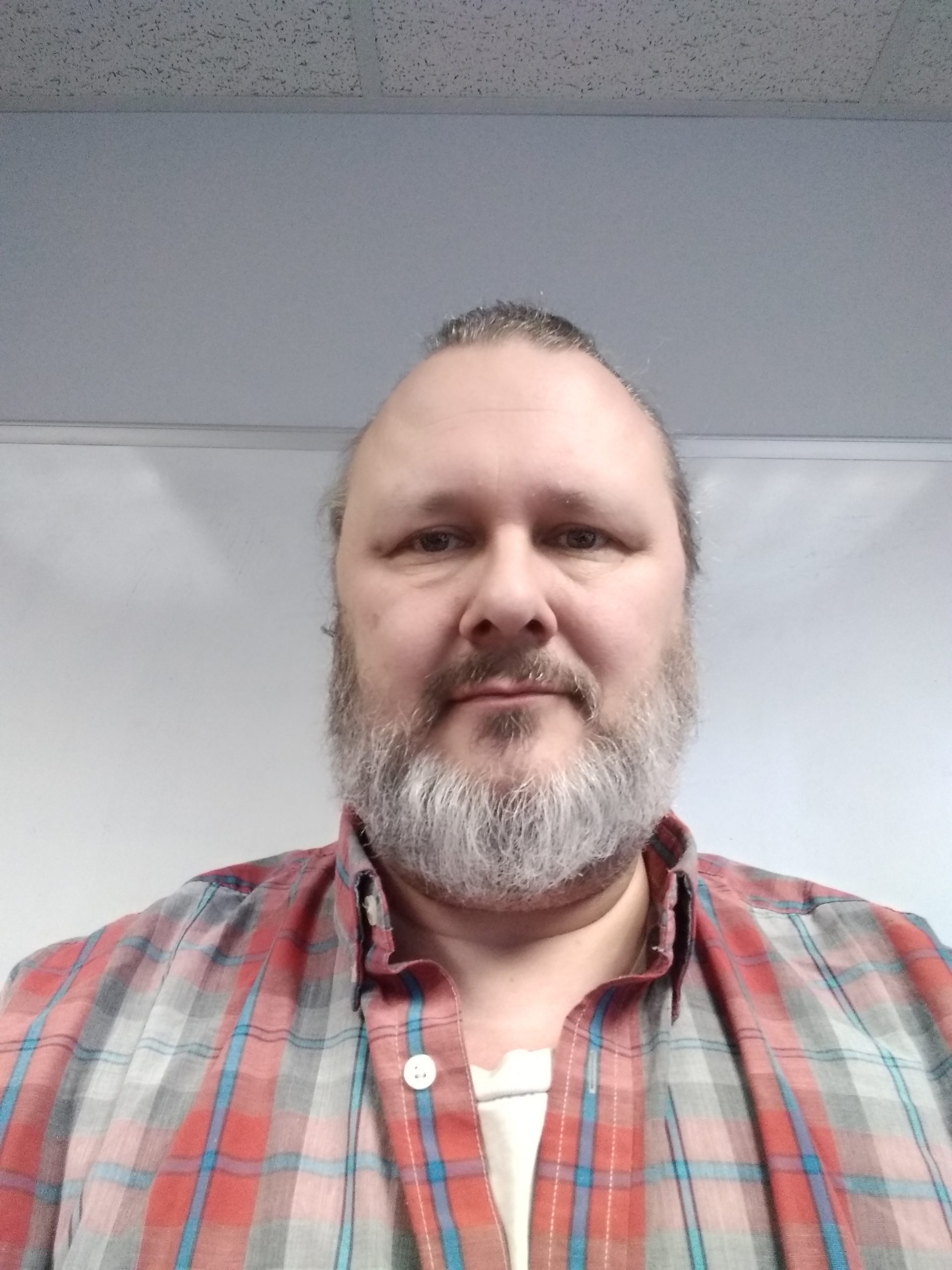 Since 1992 I’ve been an IT Analyst for the University of Nebraska, responsible for maintaining a majority of the online learning environments used by the NU system.  I also research emerging technologies for their possibility to be used in the instructional environment.

Working for my father as a well driller, electrician and plumber.

I earned a BS in Electrical Engineering from the University of Nebraska.

I attended my first conference in 2001 at the recommendation of my boss at the time.  He new I had done some Virtual Reality (VR) development and was interested in computer graphics.  When the Information Technology Services (ITS) Chair position opened up in 2012 I felt it would be a great way to start giving back to an organization I’ve learned so much from.

At my first conference in 2001 I attended a session on Augmented Reality (AR) put on by Mark Billinghurst.  It was the first time I had ever seen AR, and one word kept echoing in my head: Cool.  At that point I knew I had to be a part of this group.

As part of the Digital Presence strategy group we’ve talked about creating a community like Stack Exchange for the Graphics community.  I think this could work quite well with the dedication and enthusiasm our community demonstrates.

Leonardo da Vinci.  The sheer scope of what he did and accomplished is overwhelming.  I’d love to talk to him about how he came up with his ideas and his processes for bringing those ideas to life.

I’ve been collecting comic books for most my life, and currently have about 10,000.

My father.  Being self-employed he instilled in myself and siblings our work ethic.  He also instilled in us our creativeness, as a lot of the tools and techniques used in our business had to be created from scratch.

No particular individual, but the community as a whole.  I’ve learned so much from so many different people by being a part of ACM SIGGRAPH that I felt I needed to contribute back in whatever way I could.

In 2019 I built a system to extract course grades out of the university’s Canvas LMS system and populate them into our student information system.  I was recently at a friends house for dinner and he was talking about this new tool he used to post his students grades from all the courses he taught and how a process that would normally took him a couple of days was now done in a minutes.  I smiled and said “yeah, that was me”.