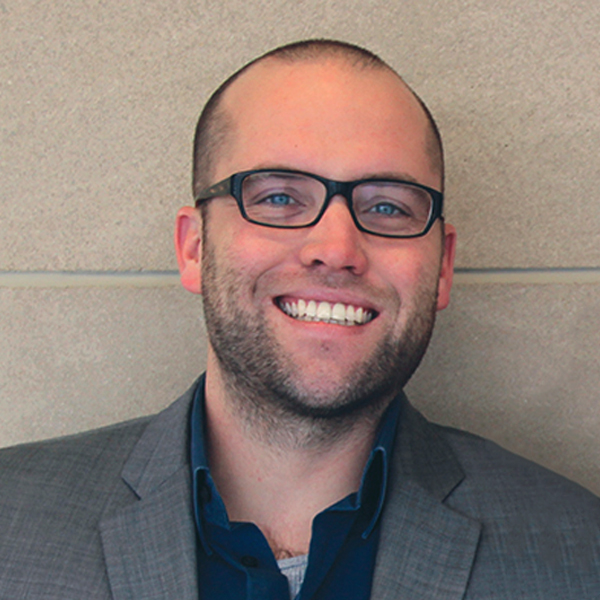 I am co-director and a lecturer of the Media Arts and Sciences Program within the department of Human Centered Computing at the School of Informatics and Computing, at Indiana University Purdue University Indianapolis. I teach many aspects of the 3D production for game and film pipelines extending to emerging technologies of AR, VR and 3D printing. At IUPUI, we have the privilege on working with many researchers and experts in medicine and historical preservation. My students and I work heavily in preserving historical artifacts and locations as well as developing new ways to create facial and limb prosthetics using digital tools like zbrush.

My first job was driving vehicles at a custom muffler shop, but many of my first contracts were while at IUPUI doing 3D visualization/ simulation for things such as surgeries and car crashes. I also love Architectural renderings but have dabbled in commercial and B movie monster contracts as well. A few months after graduating grad school I was lucky to earn a full time instructor position at the Art Institute of Indianapolis. I had several interviews on the west coast and ultimately realized I just wanted to know I had the skills, network and portfolio to go west. Once I had an offer to do the thing I loved where I lived, it was an easy decision to stay.

After a short stint of playing baseball in college I transferred to IUPUI to pursue a Purdue degree in Spatial Graphics and Animation. I continued through graduate school teaching and obtaining my Masters of Technology concentrating on two projects, one in research building facial rigs utilizing muscle simulation and the other working on an unfinished 3D short called The Red Kite. Both projects changed my life.

I have been attending SIGGRAPH since 2008. Before that I had attended several meetings of IUPUI’s ACM SIGGRAPH student chapter. To this day, the student group consistently invites professionals from Indianapolis and abroad to speak and network with student members. I served as mentor while in grad school and now as faculty mentor since my return to IUPUI in 2013.

I have to say all my memories involve reconnecting with old friends at chapters parties and after the SIGGRAPH conference is over. I never had the privilege of serving as an SV, but since my students over the many years have volunteered and served in various subcommittees, I have continued to have a deep connection to the conference year after year. Probably my favorite memory is my first SIGGRAPH in Boston, 2008. Everything was new, everyone was new, and I was introduced to a world of people just like me.

I would also like to share the current production of a short film called Star Struck, directed by recent alumni and SIGGRAPH SV Team Leader, Milena Lukic. The film will be submitted to SIGGRAPH next spring.

Finally, I would be remiss if I didn’t share our second year of working on the ScavengeAR augmented reality mobile application. The ScavengeAR app allows SIGGRAPH attendees to search for, find, scan qR codes and collect ‘Sigglets’ small SIGGRAPH and Vancouver inspired creatures that are linked to events, exhibitors and talks at SIGGRAPH 2018. The more Sigglets you collect, the more prizes you can earn. This app promotes increasing attendee experience and knowledge about SIGGRAPH’s vast history. This is our second year that our 3D animation and art students worked with a multinational team to develop the app. I am very proud of their work this year.

Elon Musk without a doubt. I respect how he positions his work and companies as well as how he utilizes his time. I would love to understand how he manages to cope with all the pressure he puts on himself and his teams.

I’m an avid outdoors advocate. I love getting off the box. Fishing, hunting, hiking, biking, are all activities I treasure and was raised with. Also, I am widely competitive, with others and with myself. If you ever are up for a hike or a fish or a skydive etc, let me know!

This is a hard question to mention anyone other than my parents. Growing up, everyone always told me how respected, loved, cherished my parents were as friends and confidants. Both my parents are influential parts of many peoples lives. I consider helping and serving others as a primary way to live my life and follow my career, they are both responsible for that. I believe by helping others, you will achieve your own goals in life. I wholeheartedly believe that helping others brings success and all that it means.

Two people that are most influential would be Joshua Grow who graduated a couple of years before me in college at IUPUI and Leon Nowlin who was a student president of SIGGRAPH IUPUI student chapter while I was in college. Both exemplify the type of leader I wanted to be and connected their passions to the SIGGRAPH conference.

I have so many proud moments of my career. Each year a public success, award, career milestone or killer study abroad experience earned by one of my students is a notch on my belt. I thrive on their success stories and hope to be building a strong support system and alumni network both inside and outside of SIGGRAPH for years to come.