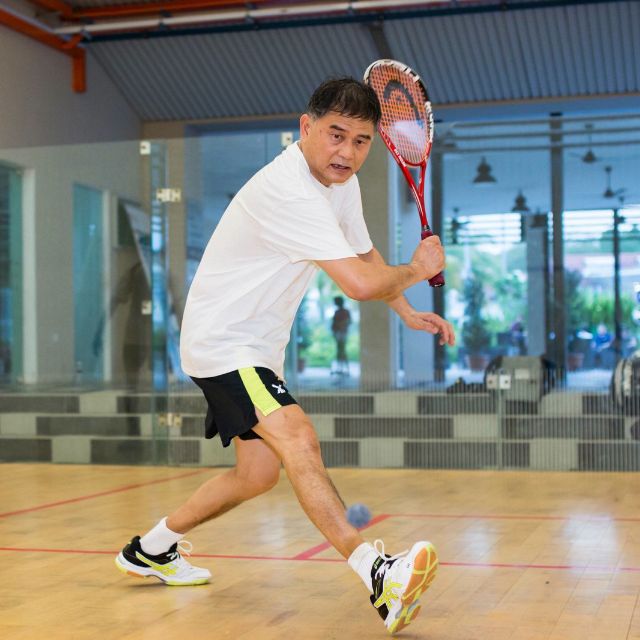 I am an Associate Professor at the School of Mechanical and Aerospace Engineering at Nanyang Technological University, Singapore. I have been here over 30 years.

I was a math teacher at a secondary school in a town called Serian, in my home state of Sarawak, Malaysia. That was immediately after my A-level before heading off to university. In those days (early 1970s), qualified teachers were in short supply there, and we youngsters not yet out of our teens were pressed into service to help teach (I hesitate to use the word “educate”) the only slightly younger ones. I enjoyed it and got to love the school and the town so much that I could not help sobbing when the time I had to leave came.

I started getting involved when I was a student in the late 1970s and early 1980s, when solid modeling and CAD/CAM were still prominent in SIGGRAPH. I joined as a student member then, and have stayed on ever since.

I have many fond memories … the technical & art events, the exhibition, etc., but mainly the people. Getting to meet and work with the many fabulous people at SIGGRAPH.

The project that I have been involved with since its inception is SIGGRAPH Asia. I want to be able to spread the SIGGRAPH brand to a wider audience, a brand that has wowed me endless times, a brand that more people can and should get to know.

Maybe Donald Trump. I want to grill him on why he did many of the things that he did, find out how his brain works. But I do not suppose I will get honest answers.

This depends on who the people are. SIGGRAPH people probably do not know that I am a nature buff. I like to be out among nature. I am cultivating a garden with both edible and aesthetic plants in the university campus where I work.

Herbert Voelcker and Ari Requicha at the University of Rochester. I did my master degree research on solid modelling with them in 1979-1980, and I learnt about conducting research and writing technical reports properly from them. They did not explicitly teach these things, but they infused in me the qualities of good research and good writing, qualities that benefited me ever since.

I got involved with ACM SIGGRAPH out of my own volition at first, starting the Singapore Chapter with a few like-minded colleagues in the late 1990s. But it was Scott Owen and Alyn Rockwood who got me to be more deeply involved. A group of us from Asia and Australia met the EC in 2006 in Boston to float the idea of a SIGGRAPH conference in Asia. Scott and Alyn were the P and VP at the time, and our minds clicked. Thereafter, it was a matter of full steam ahead, with strong support from the EC. I became the first SIGGRAPH Asia conference chair in 2008, and subsequently the chair of the SA Advisory Group for 10 years.

I cannot say that there is one single proudest moment. I am proud that SIGGRAPH Asia has been prospering since its inception, though not without its difficulties, especially now with the pandemic. But as a university don, the moments I feel proud are when I see struggling students whom I have been guiding make it through to graduation.