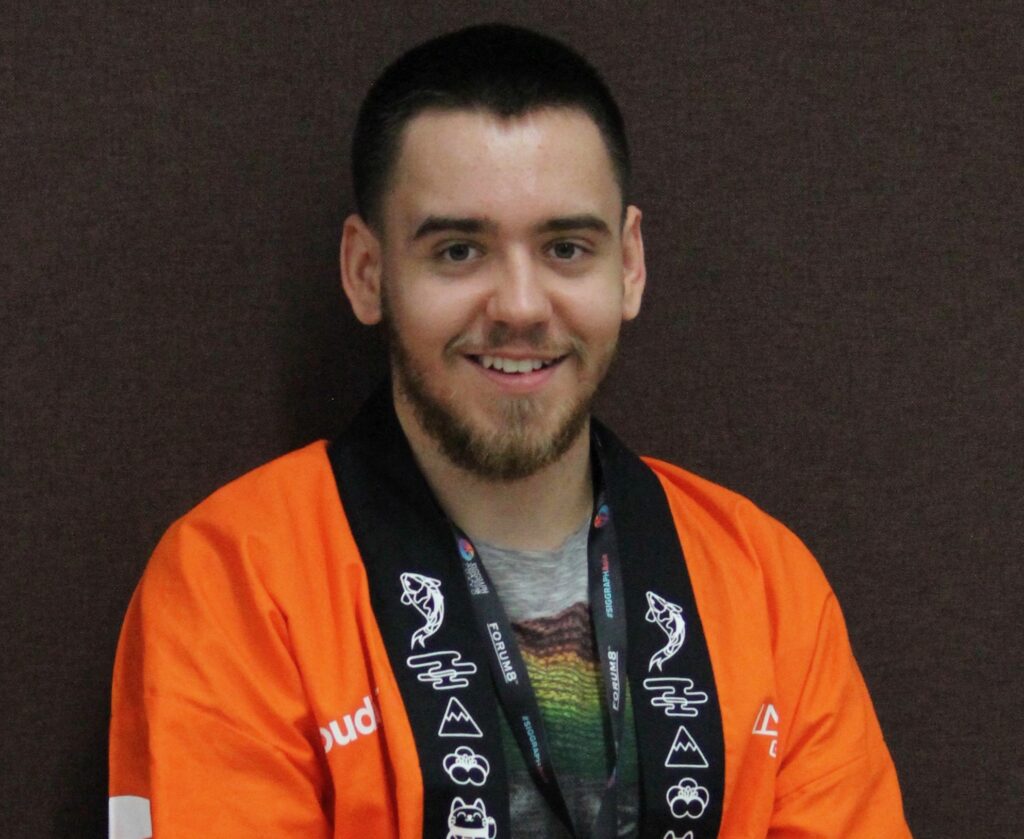 I am a Software Engineer focused on full stack web development with six years of experience in technology, for three of those years I have served as Lead Developer and Scrum Master. Currently, I work as a contractor for Software Houses in São Paulo while also being the Student Volunteer Subcommittee Tech Lead.

I was a Software Development Intern at Banco do Brasil, Brazil’s public owned bank.

My involvement with SIGGRAPH started when I was a Student Volunteer for the first time in Los Angeles 2017. Being an SV was a turning point in my life and made me want to be a part of the conference as much as I can.

I vividly remember my first Student Volunteer orientation in Los Angeles 2017. The SV orientation is where volunteers are briefed of their duties during the conference, there were so many people there and the hype and excitement was all over the place. That moment set the perfect tone for the whole week, and also made me realize how big and awesome SIGGRAPH really is.

In 2016, I was hired by a nonprofit organization to participate in the development of a Geographic Information System (GIS) for public administration and highway monitoring. This GIS was a project for one of the biggest concessionaires in Brazil, with over 3400 km of extension, providing a few challenges on how to collect, store and visualize data.

I would love to have a dinner with Nobuo Uematsu and thank him for his amazing music. His work follows me since my childhood and is a great source of inspiration, from the saddest to the happiest moments.

I am a big fan of combat sports. The amount of dedication, discipline and training required to be a fighter is enormous and I admire the athletes behind it.

My mother is my superhero. She’s humble, hard-working, and she taught me how to persevere through adversity.

I’d say that a group of several people influenced me to get involved with SIGGRAPH, but I have to thank Mateus Batista, a close friend of mine who was also my manager at that time, for the last push.

Since my early days at University, I’ve heard from my friends what SIGGRAPH was like and how it is an amazing experience, not only from the computer graphics perspective, discovering new methods and technologies, but also from the people’s perspective, making new colleagues and friends during the conference.

I don’t have a specific proud moment, but delivering that GIS to production alongside the whole team was a nice moment to enjoy, at that same year I was also selected as a Lead Developer and that drastically changed the way I thought about my career. Being selected to be part of the Student Volunteer Subcommittee was also a moment I cherish.