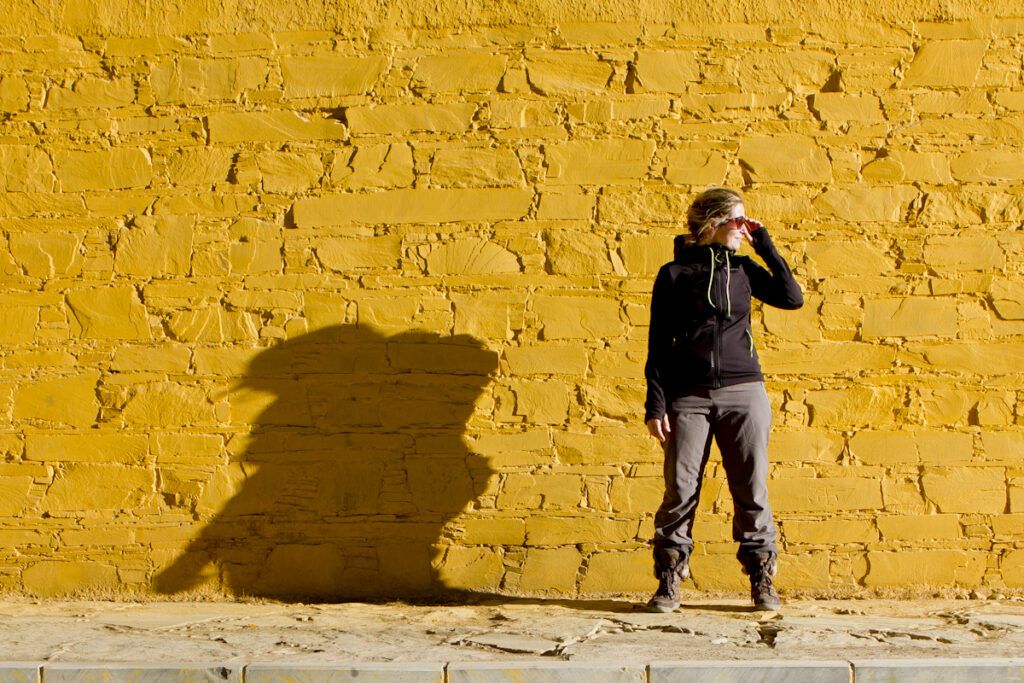 I am one of these people who have multiple center of interest. This is how I find equilibrium.

I work as a new media consultant & event organizer, interactive designer and photographer. The common link for these activities is: computer-generated and digital images… and I’ve been doing this since 1995, first as a freelance and then through my own company.

As a consultant, I help organizations in the computer-generated images and interactive field to reach the next level of their development. As a photographer, I travel the world to capture the poetry of Reality and Beauty in its raw form and under tricky light conditions.

My first job was in Video Games. I worked as a Game Designer (and I still do from time to time). I specialized in turning historical periods into games. It was lots of fun!

Yet, travelling the world has been my real education.

I have learnt so much by walking out of my comfort zone, spending time with people, listening to their stories, visiting their homes, looking at different cultures and ways of life, navigating beautiful planet Earth… This taught me what no formal education can: it taught me to be me.

A good friend had been volunteering for SIGGRAPH for some time (and still is!) and he asked me if I wanted to submit my candidacy to the Courses Chair position for SIGGRAPH Asia 2010 (Seoul).

5.What is your favorite memory of a SIGGRAPH Conference?

It was in 2003 in San Diego… the very first SIGGRAPH conference I attended. The keynote was about autonomous robotics and the organizer had brought together panelists from the NASA, the MIT, Sony Digital creature lab and… Stan Winston! I felt nourished by so much intelligence and felt totally in the right place, compared to the other tech conferences I had attended until then.

I also have a funny memory from when we were organizing SIGGRAPH Asia 2014 in Shenzhen, China.

I was going for lunch with Jinny Choo and Shuzo Shiota, and then we spotted people who were selling fake SIGGRAPH Asia tickets in the street. We ended up chasing one and confiscating the badges. We did not think before acting and we could have been in trouble, but the guy was totally motionless when we confronted him. I guess he did not expect this, nor understood what I was yelling at him.

Basically, I have awesome memories linked to organizing SIGGRAPH Asia and with people I have met at SIGGRAPH and SIGGRAPH Asia throughout my attendance – it would require a book to describe them. I feel blessed to have the chance to exchange with so many diverse profiles in terms of nationality, cultures, ideas, inspirations, backgrounds, drives…

Within SIGGRAPH, I would like to launch a group dedicated to bringing awareness to what we do. Because of the power that the computer brings to support our creations, we are becoming almighty.

I experience lots of efforts done for the sake of technology rather than for the purpose behind. I wish that everyone could take a minute and ask her/himself simple questions such as “why am I doing this?” “what it the impact on the world of what I do?”

On a more personal level, my project is to find a way to express (through film and photo) the lessons that I have received on what it is to be human while travelling the world. To find a visual language to make understand how we are creating divides when deep down we are all the same.

Can I name two? Sadly they are both dead.

The first one would be Carl Gustav Jung. I think he is the real genius of the 20th century. Why? Because I have so much questions to ask him.

The other one is Nelson Mandela. I just would have liked to bathe in his inspiring presence.

I need and enjoy time alone.

People know me as this very social, party-organizer, always-connecting-people person.

In fact, I need lots of time on my own to recharge or just contemplate. I am really good at contemplating :D

My friend Kosta. I don’t see him that often, but every time we have a conversation, there is a lesson for me.

He is also really inspiring, by what he has achieved and the way he conducts his businesses.

Yes: Thierry Frey. He is the good friend I was mentioning previously. He also happens to be the Business Symposium co-chair for SIGGRAPH Asia 2020.

I have designed a game that has been hugely popular in France, though nobody believed in it initially. It had a strong cultural background and the “gamers” in the team where looking at it as “it is not a game”. But it sold millions and I guess we invented something, because it then became a genre in France: cultural games.

What makes me proud it that, years after, I from time to time chat with people about it and I can see a little light in their eyes when they say, “I had so much fun with this game”.