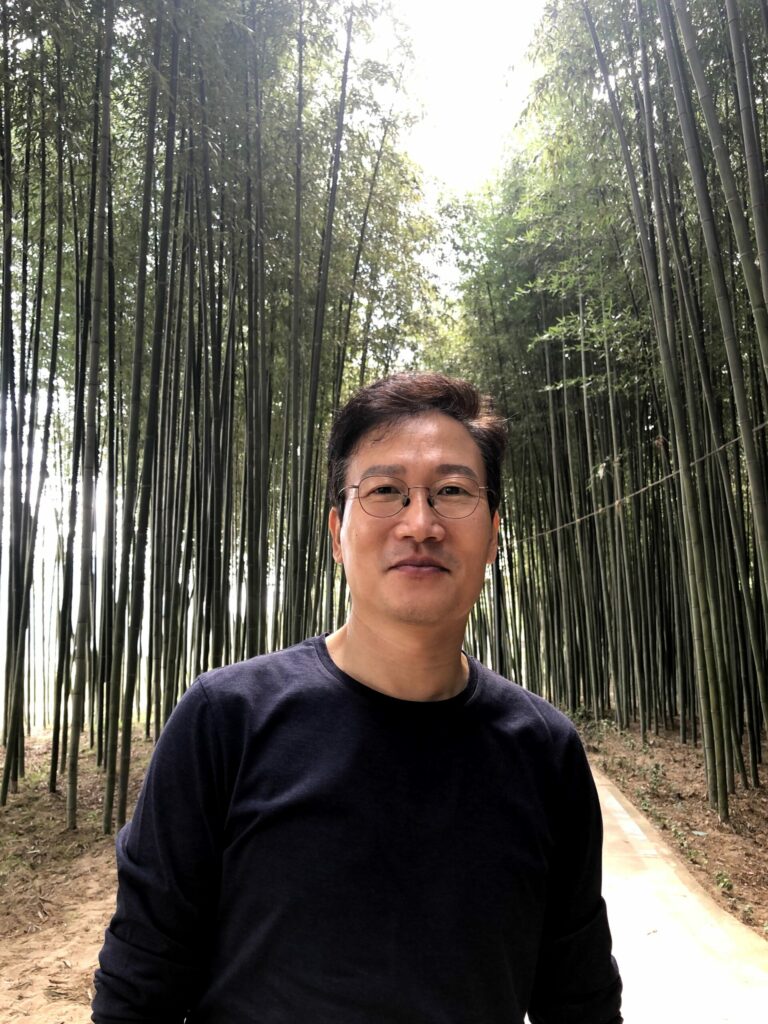 My background is in computer vision technologies, specifically in particular virtual reality, 3D computer graphics, 3D reconstruction, and visual surveillance. I have been a professor at Kyungpook National University in Korea since 1998.

I began my career as a research associate at UMIACS (University of Maryland Institute for Advanced Computer Studies).

I received my Ph.D. from KAIST in Daejeon, Korea.

The first time I was introduced to the ACM SIGGRAPH conference by my Ph.D. advisor Kwangyun Wohn back in 1996, which I am truly grateful for. Following that, my relationship with SIGGRAPH continued as an attendee till SIGGRAPH Asia 2020 when I served as a VR Theater Chair.

My supervisor asked me to purchase several videotapes containing the courses and Electronic Theater films at the SIGGRAPH 1996 conference. Unfortunately, the rental car that carried them all went missing. It remains a vivid memory of the way the International Center helped me find the car and all the valuable videotapes the next day. This incident provided me with a chance to learn first-hand how important volunteers are in the success of an international conference.

I led an immersive mirror-based Augmented Reality system using reflective half-mirror displays to enhance the perceived realism of the user’s augmented reality experience. The successive results of this project are published in the Proceedings of the IEEE (2014), Computer Graphics International (2015), and The Visual Computer (2017).

As someone who spends most of his leisure time on the court, I cannot imagine anything more enjoyable than a tennis match with a great player. I would honestly prefer playing tennis over having dinner, and my dream player to play with would be none other than Roger Federer.

Growing up, I suffered from physical weakness, so I spent a lot of time exercising. This habit continues to this day in the form of tennis which I truly cherish

9.From which single individual have you learned the most in your life? What did they teach you?

It was my grandmother who taught me well to appreciate everything that is given to me, to take life as it comes, and to make the most of it.

10.Is there someone in particular who has influenced your decision to work with ACM SIGGRAPH?

When I was a graduate student at KAIST during the 1990s, I took computer graphics and computational geometry courses from Prof. Sung Yong Shin – encouraged me to peruse technical papers from ACM SIGGRAPH proceedings.

Later on, my Ph.D. advisor Kwangyun Wohn offered to participate in the SIGGRAPH events. Being a pioneer himself, he expanded the HCI Korea conference, a platform derivative of the SIGGRAPH conference, extending the frontiers of cultural technology in Korea.

Fast forward to today, it is the unwavering support of Jinny Choo, SIGGRAPH Asia 2020 conference chair, that I am chairing this year’s, SIGGRAPH Asia.

I am most pleased when my students express their gratitude for providing them academic support and other assistance resulting in their graduation.