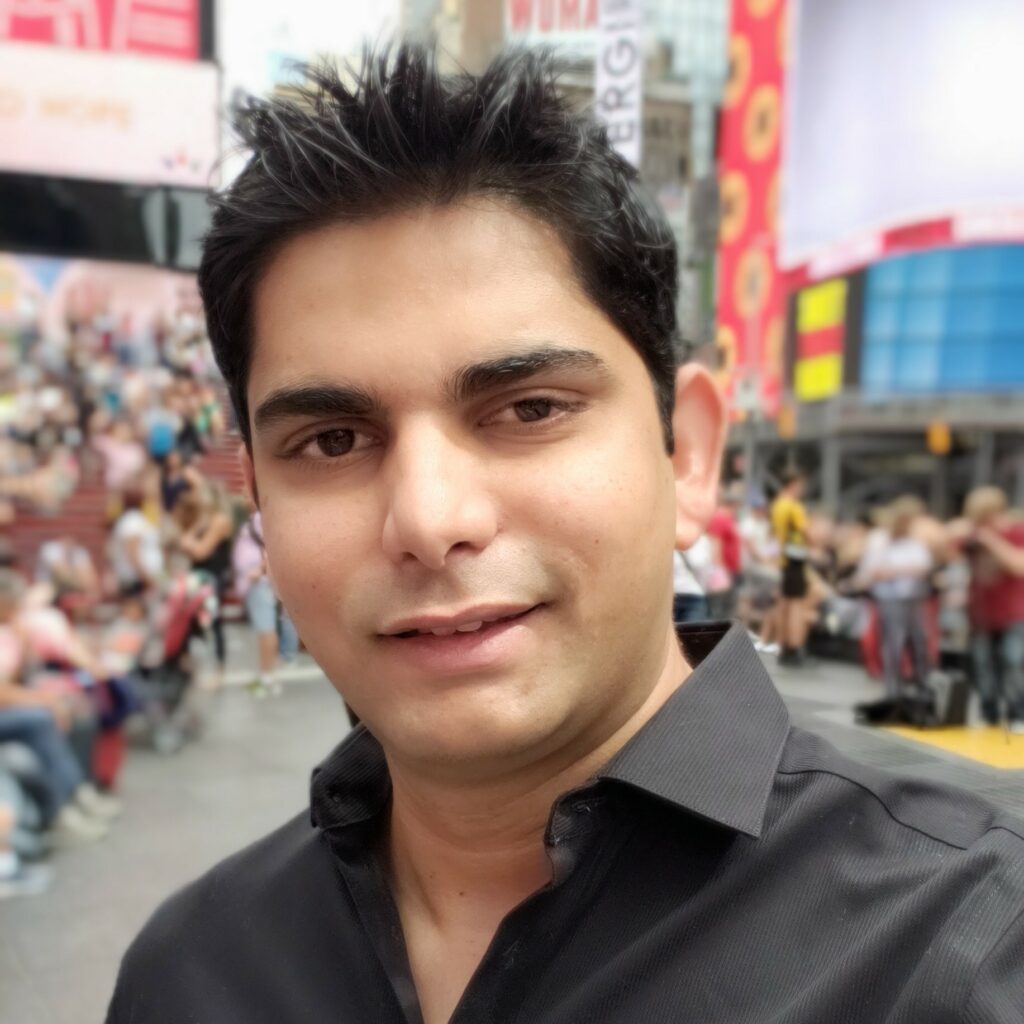 I am a software developer and primarily work on 3D and high-performance computing. I started programming when I was 10, so going about 19 years now. Currently, I am a 3D Software Developer on Cesium, where I help visualize massive geospatial data. I joined Cesium in January 2017. I also teach GPU Programming at the University of Pennsylvania.

I received an MSE in Computer Graphics and Game Technology from the University of Pennsylvania in 2013. Prior to that, I graduated with a Bachelor of Engineering (BE) in Computer Science & Engineering from Osmania University in Hyderabad, India.

I started off as a student member of SIGGRAPH. I attended my first SIGGRAPH conference as a Student Volunteer in 2012. The buzz at the conference was palpable and I thoroughly enjoyed my experience.

Being a Student Volunteer at SIGGRAPH was a great experience. I got to meet a lot of students from diverse background that broadened my view of the type of work that was being done in the industry. I also had a wonderful impromptu moment with Ben Grossmann (2012 Academy Award Winner for Best Visual Effects for Hugo). I asked him about his Oscar, lo and behold, he had it in his backpack and we took a very memorable picture.

It would have to be Bill Gates. He pioneered the modern-day computing experience. His recent efforts in philanthropy and medicine are effective beyond anything previously done at that scale.

I am an avid fan of FC Barcelona, Ferrari, Roger Federer, and the Settlers of Catan board game.

I’d like to attribute this to Patrick Cozzi, first as a teacher at the University of Pennsylvania, and now as CEO of Cesium.

I took Patrick’s GPU Computing class at Penn and it is hands down the most important class I took. He not only taught and tested us brilliantly in the classroom, but also prepared us for the industry and professional life. He introduced us to Github and encouraged open source. He would make us write blog posts about projects, make us speak in class and encouraged collaboration. All of these directly prepared me for interviews and to be ready on day 1 for professional work. I got my first job at ArrayFire as a directly result of taking this class.

The ACM SIGGRAPH Student Chapter at University of Pennsylvania was my first introduction to SIGGRAPH. I became a student member of SIGGRAPH. More recently, my work with Cesium has led me to enroll as a professional member.

I’m very passionate about teaching, so taking over from Patrick Cozzi to teach GPU Programming at Penn was a great honor. I hope to continue all the great work Patrick has done for over 200 students including myself.