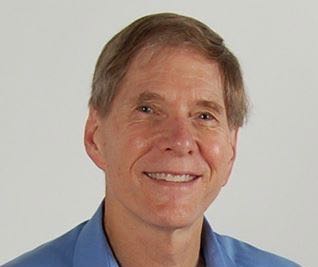 I was educated as a chemist. After graduating, I did a Post Doctoral Fellowship at Georgia Tech and then became an Assistant Professor of Chemistry at Atlanta University where I was eventually promoted to Professor. I always used computers and computer graphics in my research and finally realized that I was more interested in the computers than in the chemical research. That was when I moved to Georgia State University in Computer Science.

B.S. at Harvey Mudd College and Ph. D., at the University of Washington, both in Chemistry.

I joined ACM and ACM SIGGRAPH in 1980, but my first conference was SIGGRAPH 87. There I met Steve Cunningham and told him that I was interested in becoming involved. At the time I was Chair of the Computers in Chemical Education Committee for the American Chemical Society. Two years later Steve recommended me as his replacement as Chair of the SIGGRAPH Education Committee and I served in that position, also as Director for Education, until December, 1995.

It was my Keynote talk at SIGGRAPH 97. I was able to describe the vision that each of my Program Committee members had wanted to achieve and that they had all achieved their visions. I was incredibly proud of the tremendous job they had done.

There are actually two projects. The first was being Conference Chair of SIGGRAPH 97. I had a great committee and we put together not only the largest ever SIGGRAPH Conference, almost 50,000 attendees, but also one that was one of the most innovative.

The second project was the formation of SIGGRAPH Asia when I was President. At SIGGRAPH 2006, in Boston, a group of Asians met with me and Alyn Rockwood, then Vice President, and asked us to consider starting a SIGGRAPH Conference in Asia. I formed a task force, chaired by Alyn, and he recruited representatives from all over Asia. We met in Kuala Lumpur in December 2006 and decide to proceed. The committee decided to have the first SIGGRAPH Asia in Singapore, with Y.T. Lee as Chair, and the second in Yokohama, with Masa Inakage as Chair. YT later became the Chair of the SIGGRAPH Asia Conference Advisory Group (SACAG). Two other volunteers who joined the SACAG and did a huge amount of work were Jackie White and Jim Kilmer.

Probably the Duke of Wellington. His philosophy, which I always tell my students, was to prepare yourself for any eventuality, and when the proper moment arrived strike for your goal.

I love history, especially military history and spend way too much time playing old video games that embody that, e.g., Age of Empires, Age of Mythology, and Rise of Nations.

I can’t think of one person, perhaps my high school science and math teacher who fed my inclination towards math and science. Or my undergraduate research advisor who taught me how to do research. Or my first boss at Atlanta University who taught me how to be just and fair towards all.

Steve Cunningham who encouraged me to work with the Education Committee.

As per 6 above, it would be SIGGRAPH 97 and the establishment of SIGGRAPH Asia.