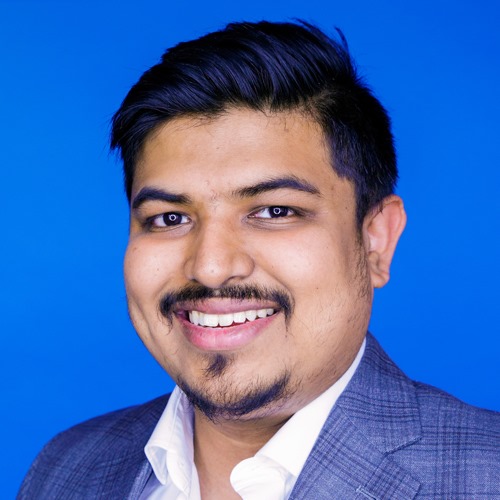 1.What do you do, and how long have you been doing it?

I currently work as the Business Development Assistant at Primal Screen in Atlanta and have been doing it for close to 6 months now. I also serve as the Marketing Director for a animation volunteer organization ASIFA-South. In the past I have had the honor of volunteering and serving as a TL at SIGGRAPH both in North America and Asia.

My first actual job in life was when I was back in India where I was interning at a Printing Agency as production pipeline assistant. My role was to do QC of all the prints and troubleshoot all the issues arising during production.

This answer is twofold. I have two bachelor’s degrees, one in Printing and Packaging Technology and the other in Animation. I came to the USA to pursue a degree in Animation.

4.How did you first get involved with ACM SIGGRAPH

I was aware of the massive influence SIGGRAPH has while I was pursuing my bachelor’s degree in Engineering back in India. I was reintroduced to the conference because of a long-standing volunteer Vinod Krishnan who was pursuing Animation along with me at SCAD.

SIGGRAPH has given me so many memories that it is hard to single out an event. To do justice to this question I think two events come to mind. The first being my first time as a volunteer and being awed by the sheer scale of the conference. The entire volunteer experience was so phenomenal that it cannot be forgotten.

My second favorite memory was my first in person meeting as a TL in SIGGRAPH Asia in 2017. I had always aspired to be a TL, having volunteered for several SIGGRAPH conferences before this point. I felt at that moment extremely honored to have been chosen and be given the opportunity to share my experiences with the other volunteers and help do my bit in making the conference successful.

I recently had the opportunity to work as a project coordinator for a freelance project for the Mike Rowe Works foundation. It was an incubator project that was setup along with School of Humans and Asifa-South. For the incubator, we had a team of 12 who were each assigned a short story that Mike Rowe had recorded. Over the duration of 3 months we worked on developing 12 shorts that were about 4~5 mins long right from scratch. The project was such a huge learning experience for me as this was my first project after graduating from school and being able to see these stories evolve over the course of a few months was incredible.

If I had to choose one living person to have dinner with, it would be Barack Obama. Being the first African American president is no small feat and having led the country for 8 years was truly inspirational.

I would love to have had dinner with Teddy Roosevelt. Along the similar lines of Obama, Roosevelt was one of the most progressive presidents of his time. I have always been fascinated by people who are able to be great orators and diplomats. Diplomacy is a skill that doesn’t come naturally to me and is a skill I am eager to learn.

Very few people know that I am fascinated by languages and know over 8, with 6 being regional Indian languages.

At the risk of sounding cliché, my father has been a huge influence in my life. I remember vividly going to events with my father as a child and seeing how he would light up a room with his presence. His knowledge about diverse topics wasn’t superficial but quite the opposite. His quest for knowledge amazed me and I would consider myself lucky to be even half of the personality he is.

Because of him, I think I chose to follow my passion of being a producer for Animation, to think on the fly and troubleshoot with calm. Watching him work shows me how he would adapt to get the job done.

10. Is there someone in particular who has influenced your decision to work with ACM SIGGRAPH

I do owe it to Vinod Krishnan for having introduced me to SIGGRAPH and pushing me to apply to be a volunteer, but it is the SIGGRAPH family that pushes me to continue to stay. Looking at people like Vinod Krishnan, Alex Bryant, Pisut Wisessing, Rianti Hidayat, Marisa ‘Ginger’ Tontaveetong and the plethora of other volunteers who go above and beyond for making the conference successful were heavy influencers in my continuing relationship with SIGGRAPH. SIGGRAPH is a unique conference as it gives a student the opportunity to pursue his passions and have the chance to learn and educate themselves at the same time.

I have just begun and have some long ways to go. My proudest moments are yet to come! But it is rewarding to be able to continue helping other volunteers as I continue supporting and being a part of SIGGRAPH.