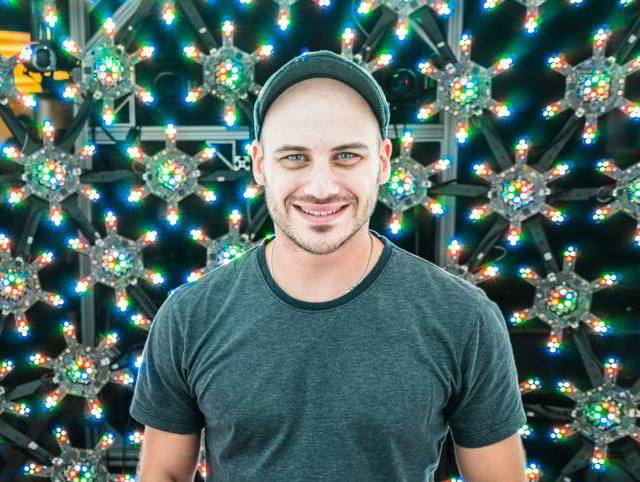 Since December 2015, I’ve been working as a research associate at Queensland University of Technology with the Australian Research Council Centre of Excellence for Mathematical and Statistical Frontiers, (ACEMS) as an interaction designer. I build browser-based visualisations that are integrated into agent-based statistical models of agricultural data. I’m also in the final stages of my PhD, investigating different ways of communicating science to non-scientists through Non-Expert User Visualisation (NEUVis). I’m using practice-based research, so I’m currently building an interactive museum installation.

My very first job was database entry at The Salvation Army Heritage Centre – a small museum in Sydney. At one stage we were donated a collection of notebooks that included almost every single reference to The Salvation Army in any newspaper in Australia, so I spent several weeks going into the state library to make copies of the articles. It certainly developed my attention to detail.

I was lucky to get to my first ACM SIGGRAPH in 2013: one of my PhD supervisors, Tomasz Bednarz, recommended that I do everything I can to make it there. It just so happened that I was going to be flying to USA with my parents to visit family in North America the week after the conference, and the first leg of my trip even went through LA! So coming a week earlier was a no-brainer. The best thing about ACM SIGGRAPH is the diversity of topics that falls under the conference. I’ve recently become more involved with the Digital Arts Community by curating an online exhibition, Science of the Unseen, and I’m a member of the International Resources Committee, where I’m helping with the English Review Service.

Meeting so many new friends who were also the amazing student volunteers at SIGGRAPH Asia 2013 in Hong Kong. Particularly those who were also helping out by demonstrating in E-tech!

I’m developing a design tool for visualisation designers. The goal is to make something extensible, which helps designers understand and express how to merge user needs and context with data.

Just one? If I’m honest would probably like to talk about playing bass guitar with either John Myung or Abe Laboriel.

I just started training as a white-belt in Brazilian Jiu Jitsu, but I have earned my black-belt in Hapkido. It’s very humbling to start over from scratch.

9. From which single individual have you learned the most in your life?

What did they teach you? My grandfather has had a huge influence on my life, even though I was only young when he passed away. He left an amazing legacy through the way that I have been raised by my parents.

Besides the encouragement I received from Tomasz, as my PhD supervisor, the one person would be Cynthia Beth Rubin, Chair of SIGGRAPH the Digital Arts Committee. We had a conversation about an interactive installation that I had built during my Masters research, and that ultimately lead to developing a science+art exhibition, and Science of the Unseen.

Exhibiting an interactive installation is always a rush; seeing people play with a work you have built is a great experience.