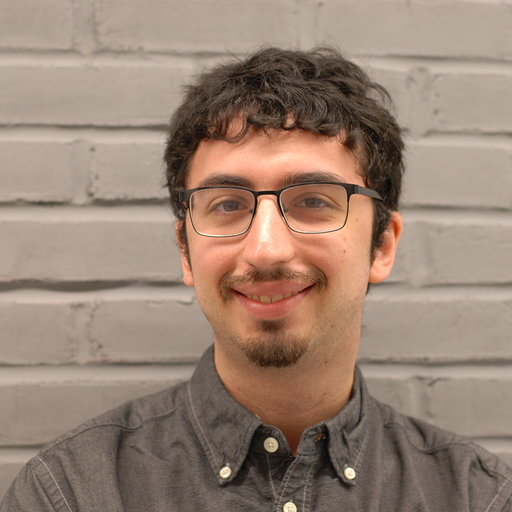 I am a 3D graphics software developer at Cesium in Philadelphia. I’ve been working here since August 2019. I’ve done a variety of things in my short time there. Most notably, I’ve learned a lot about 3D geospatial coordinate systems and map projections. In one of our applications, I’ve worked on a system for converting data from arbitrary projections to common global coordinate systems used in Cesium.

In my free time, I am always exploring topics in computer graphics, math, art and science. I’ve been programming since high school, and since the beginning, I’ve always enjoyed making what I learn come to life on a screen. A common thread through my work is that I take the joy of exploring technical topics and try to put an artistic spin on it.

As part of Drexel’s co-op program, I was a software developer at Susquehanna International Group. However, my current job at Cesium is my first job after college, as well as the first job I’ve had that relates to my interest in computer graphics.

I completed a BS in Computer Science with a minor in Mathematics at Drexel University.

Cesium’s CEO Patrick Cozzi suggested I join ACM SIGGRAPH. I joined to get a bigger picture of the world of 3D graphics.

Since I only recently joined ACM SIGGRAPH, I haven’t yet had a chance to go to a conference. However, I hope to attend this year’s (2020) virtual conference!

It’s hard to pick, but one of my favorite personal projects was Holiday Shaders 2in 2017. This was one of my first significant projects when I was first learning GLSL from ShaderToy and the Book of Shaders. Here I made a bunch of fragment shader art from Voronoi diagrams to Mandelbrot set fractals. However, to increase the variety greatly, I took the SHA-256 hash of input text and used the 32 bytes of data to vary the colors and patterns. The results might look random to a human, but it’s easy to reproduce the same pattern by typing in the same string. The idea is similar to the identicons used on GitHub and other websites.

The goal of this project was to learn about fragment shaders. However, I also experimented with using vertex shaders to morph the models.

I would like to meet Dr. Clifford Stoll. What I admire about him isn’t his work in astronomy or computer security, but his abundance of enthusiasm about mathematics and learning. It’s clear from his appearances on the YouTube channel Numberphile that he finds the exploration of mathematics to be just as enjoyable as the end results. I think that attitude is great, and is helpful in any discipline. I think it would be fun to talk about math with him over dinner.

Since the middle of college, I’ve become a fountain pen enthusiast. It got me interested in drawing again, and through the process I learned that I most enjoy drawing geometric patterns. Furthermore, I believe this is the point when I realized how art is a part of much of what I do, from drawing on paper to programming interesting visualizations.

I find this question difficult to answer since I’ve learned from so many people in my life. My parents taught me how to live life. My friends taught me how to be a good listener. I’ve learned many skills from my teachers through grade school and college. I’ve even had a few teachers that recognized my interests in programming and computer graphics and encouraged me to keep going. Now at Cesium, my co-workers have helped me learn many things about graphics and geospatial data. And on the side, I’ve learned much about math and science from book authors as well as the growing community of science educators on YouTube. All of these mentors and peers are important to my life.

Patrick Cozzi, Cesium’s CEO suggested I join this organization. Besides leading our company, he also plays a role in connecting us to others in the graphics and geospatial communities.

While working on the map projections project at Cesium, there was a point where we were getting conflicting requirements. Two of our client’s branches in different regions of the world gave us slightly different lists of needed map projections. I decided to contact the branch that would actually be using the map projections. Through this, I was able to get a better picture of what the client needed in practice. My team lead was happy with how I handled the situation, and I felt like I did a good job that day.

Another moment was when Eric Haines came to visit Cesium. Not only did I get to meet him for the first time, my co-workers let me share a personal 3D graphics project I was working on at the time, a simulation of drawing machines . It was nice to be recognized not just for what I do at work but also the projects I work on for fun, since both are important to me.