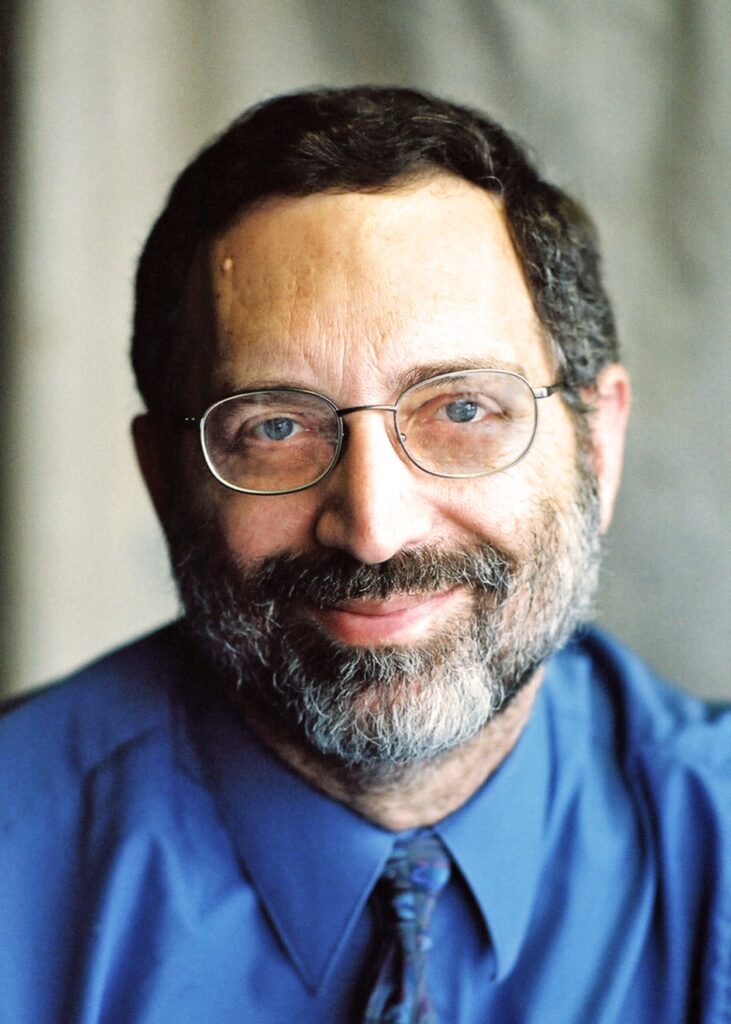 Until I retired in July 2021 I was a Professor of Computer and Information Science (CIS) at the University of Pennsylvania. I was on the faculty since 1974 when I started there as an Assistant Professor. Along the way I was the CIS Department Chair from 1990-94 and the Associate Dean of the School of Engineering and Applied Science from 2000-04. In 1998 I started the Digital Media Design (DMD) undergraduate Engineering degree program in CIS at Penn, one of the first engineering-emphasis degrees devoted to computer graphics. With a continuous run since its inception, DMD has graduated over 400 students, many of whom entered animation, game, academic, and entrepreneurial careers.

My first significant technology job was a fluke. The full story is documented on my “Coincidences” webpage: https://www.cis.upenn.edu/~badler/vignettes/coincidences.html/ . Here’s a condensed version.

Out of sheer desperation for a job at the end of my undergraduate Junior year in 1969, I picked up the Yellow Pages. (Yes, it was a real document back then.) I was a mathematics major at that time (no Computer Science options yet at UCSB!), and hoped there was something listed under Mathematicians that might lean toward my academic interests. Surprised to find any entries at all under Mathematicians (there were actually two) I called both and made appointments for interviews. The first was a time-sharing company (no, not condos — computer time on large mainframes). They were looking for a salesman and that wasn’t in my resume. One down and one left to go. I drove up into the Santa Barbara hills to a place called the Riviera. Nestled in the back was a small company called Kramer Research Inc.

I walked in and met with the President, Dr. Henry Kramer. A UC Berkeley Math PhD, he had decided that the teaching life was not for him and instead followed a more independent path as a researcher and entrepreneur. His company was using a minicomputer (this was 1969) and a custom flying spot scanner to try to read the hand-written numerals in the amount field on personal checks. His company had just received the hardware and needed a programmer. I already knew Fortran (having learned it in 1965) but would have to program in HP assembly code. No problem. We had a nice chat, and I was hired on the spot. This turned out to be the job that changed my life. Henry Kramer’s wisdom to literally fire me (even though I was doing great and led the small programming team) and send me back to UCSB to finish my degree a year later showed his deep understanding of the value of education to my future career. I didn’t end up as a mathematician, but soon after this experience I adopted the emergent field of Computer Science.

After graduating from UCSB in 1970 I continued into graduate study in Mathematics at the University of Toronto. Math was starting to be an increasing struggle for me, but I did take two courses of great significance from Mathematics faculty. One was in knot theory (which has interesting computational issues) and the other was a course in group theory from the great geometer H. S. M. Coxeter. I programmed a group theory algorithm as the final project in that course and it was used to disprove a conjecture (to his PostDoc’s chagrin). But what was most important was Professor Coxeter’s famous (to me) quote that “Computers can be useful to Mathematicians.” That was not the prevailing world-view among mathematicians in 1970. That quote sealed my future. In 1971 I transferred from Math into the Computer Science PhD program at Toronto and went on to complete my degree there in 1974.

Computer Graphics was a side passion during my PhD studies at Toronto. I took a CG course from the amazing CG artist Leslie Mezei, and had the privilege of being the first TA in CG for new hire Professor Ron Baecker (first computer animation PhD) when he began teaching at Toronto. However, I thought I would be a computer vision/AI researcher and did my PhD thesis with John Mylopoulos. I wanted to give computers the ability to look at and understand moving images, but the mainframe computers of the day were too clunky to do this properly, so I wrote a 3D animation system to generate synthetic data. The 3D spherically projected images were written directly to microfilm. You can see one of my final movies here: https://www.youtube.com/watch?v=UZ12RaI1Opo/ .

When I left Toronto and took up my new Assistant Professor position at the University of Pennsylvania in 1974, I still thought I would be a computer vision researcher. But in 1976 the annual SIGGRAPH Conference came to Philadelphia on the Penn campus, chaired by a Wharton School Lecturer, Tom Johnson. Tom and I were co-teaching the Penn computer graphics course at that time. Before the conference Tom asked if I would step in and take over the “Tutorials” program because the original chair could not get leave time from his job. So in 1976 I started running the tutorials (now called Courses) at the annual SIGGRAPH Conference. Working closely with the Conference leadership teams led to running for and being elected as SIGGRAPH Vice-Chair in 1978 and again in 1980. These years saw two orders of magnitude growth in the annual conference attendance, a formalized Conference Management Oversight function, and a greatly expanded Courses program. During that time I was also helpful in inaugurating the Art Show.

At SIGGRAPH 1978 in Atlanta I remember sitting behind the registration desk with Jim Blinn while he explained to me how his “blobby man” 3D potential function modeling and rendering system worked. Jim’s generosity and brilliance were exemplary of the emerging SIGGRAPH interactive milieu, where artists, technologists, industry leaders, students, and practitioners were all equally welcome.

Over the past two decades I have been co-teaching an undergraduate course with a colleague in Anthropology and South American Archaeology, Prof. Clark Erickson. CIS 106 / ANTH 258 was a highly interdisciplinary course that approached fundamental issues in both Anthropology and Computer Graphics. From the anthropological perspective, the course focused on the history, theory, and methods of how archaeology and visualizations of the past are created, presented and used in scholarly media (e.g., traditional publications, conference papers, and project databases), and popular culture (e.g., artist’s reconstructions, movies, TV documentaries, museum exhibits, games, the internet, and art). From the computer graphics perspective, we explored 3D modeling, animation, virtual reality, and simulation. The course goals were to transform known and incomplete information into engaging digital models and plausible visualizations of a bygone culture, its people, its physical artifacts, and how all of these interact. Students learned to use modern 3D modeling tools (such as Autodesk Maya and MotionBuilder) and animation engines (such as Unreal Game Engine). We did no 3D scanning because we wanted the students to explore how an artifact is physically constructed in order to recreate it as a 3D model. Working just with undergraduates, many of whom were not computer science students, we recreated and populated a pre-Columbian Baures site in the Bolivian Amazon, and the Inca ceremonial site of Pachacamac near Lima, Peru. Much of the student work (up to 2020) is documented in http://cg.cis.upenn.edu/VTP/index.html/ .

My choice is based on personal influence and appreciation, and not pre-existing fame or consequence: the late Dr. Henry Kramer. Part of my life philosophy is that one can’t really see the momentous decision points in one’s life until you look backwards enough to see the critical and meaningful branch points that really opened new pathways. Henry Kramer pulled my life toward a career centered on exploring hard problems, relishing technological opportunities, and being methodologically precise. He was the first person to “believe” in my computational abilities, take a chance by hiring me, and then have the selflessness to send me back to school (with a big monetary bonus) to continue my undergraduate education. He was also my first role model for a researcher with an entrepreneurial mindset. Henry was a soft-spoken intellect who was unafraid of saying “I don’t know; let’s try to find out”. At the personal level, he give me confidence in aspiring to pursue a PhD. I would want him to know how significant he was to me, and how much his manner became my role model.

My wife Virginia and I co-authored a non-fiction book “Dachshund Days” narrating our over fifty-year relationships with our pets.

Many people have influenced my life and many of their quotes (for better or worse) are documented on my webpage: https://www.cis.upenn.edu/~badler/quotes.html/ However, the most influential has been my wife, Virginia. She recognized my issues with mathematics and my skills in computer science even before I did, and was fundamental in recommending my switch into the computer science PhD at Toronto. Moreover, as she is an archaeologist, she exposed me to tangible problems and issues in understanding the ancient world. This complementary view of research with an interdisciplinary flavor has given me the skills to listen to others and translate their interesting problems into visual computational investigations.

It has been my honor and privilege to know and work with many of the true pioneers in computer graphics. Among that set were a couple of unsung early heroes: SIGGRAPH Chair Jim George and Vice-Chair Steve Levine. They welcomed me into the SIGGRAPH Executive Committee, gave me non-trivial responsibilities, and supported any of my decent ideas. And they also taught me to enjoy sushi.

I’d first like to point to two SIGGRAPH proceedings publications with particular personal pride. One is the first husband/wife paper in 1978, and the second is the first father/son paper in 2002. My recent selection for the 2021 SIGGRAPH Academy Class was indeed an honor. What it really means for me is that I have been able to work with numerous students and colleagues over the years who have done outstanding work to promote and further my lab and my vision as well as themselves. Without them this honor would not have been possible. Too numerous to mention, and at risk of missing someone to mention any at all, they are nonetheless the true collective recipients of this SIGGRAPH Award.