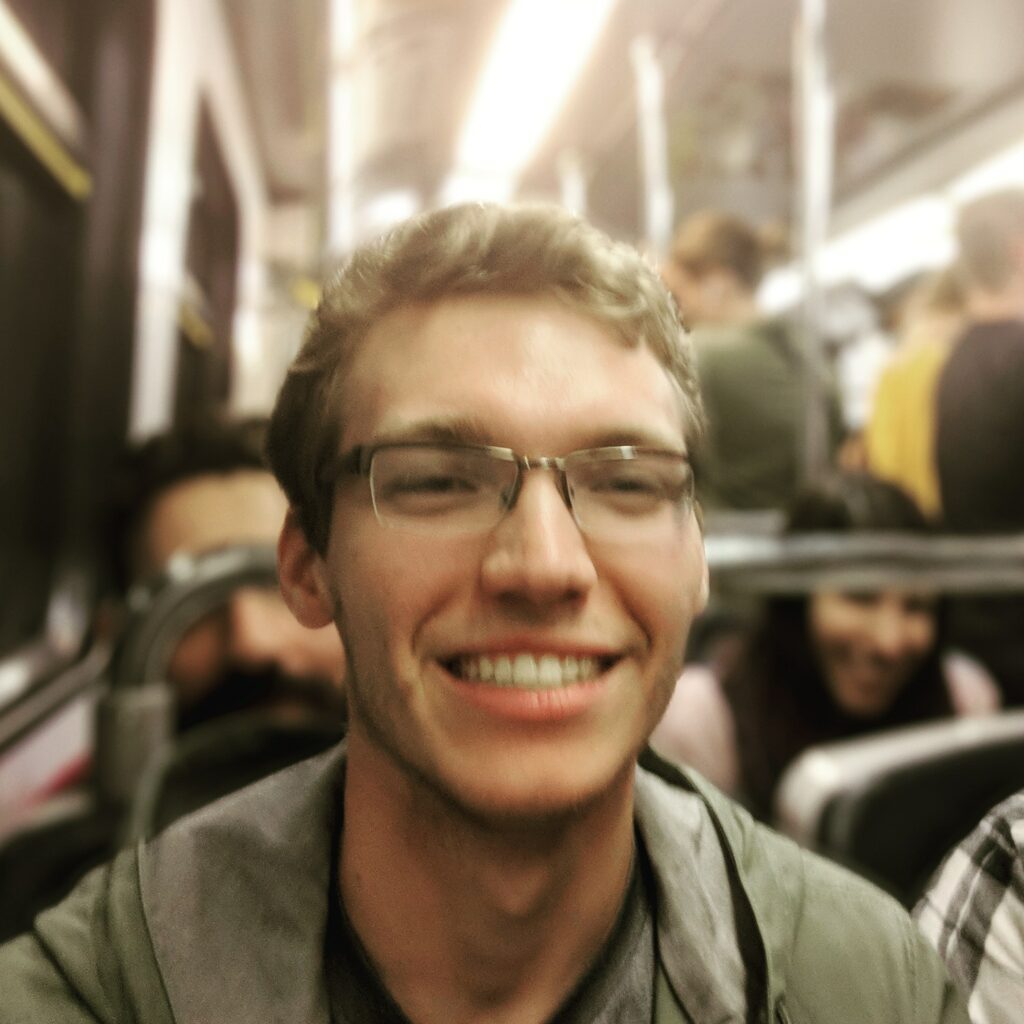 I’ve been a PhD student studying computer science at Texas A&M University for about 3 1/2 years. Specifically, I do research in physical simulation related to computer graphics. Before specializing in computer graphics, I worked a bit in computer vision and robotics throughout my undergraduate and masters at the University of South Carolina.

Luckily, I got into research early on in my undergrad. Even luckier I got funding for it so I guess you could call it a full on first job!

As mentioned, I’ve studied computer science at the University of South Carolina and Texas A&M.

I surprisingly stumbled upon it myself when reading about computer science conferences back in my sophomore year of undergrad. I was interested in graphics and noticed SIGGRAPH had a conference and an opportunity to volunteer as a student. At the time I hadn’t realized how big the SV program was and must not have taken it very seriously because my application got denied. I read up more on what SIGGRAPH and the SV program was and applied again the next year successfully. That was SIGGRAPH 2015 in LA. I Ended up loving my experience, so I applied again and came back the next year. I loved volunteering so much I applied for SIGGRAPH 2017 as a Team Leader. From 2017 – 2020 I’ve returned to SIGGRAPH as a TL and it’s something I’ve looked forward to year after year.

In its entirety, SIGGRAPH 2018 in Vancouver was one of my most memorable SIGGRAPH experiences. It was my second year TLing, it was in a beautiful city I had never been too, and it was the first SIGGRAPH where I was presenting a technical paper as a lead author. There was so much going on, but overall, I met some of my closest SIGGRAPH friends, had a great time volunteering, and successfully presented for the first time.

Throughout my PhD I’ve worked on a lot of, in my opinion at least, really cool graphics simulation projects. I’ve worked in cloth, rigid body, and soft body simulation with papers I’m proud of in each. I’m currently working on more efficient implementations of soft body deformation simulations.

I’d love to talk in depth with some of the early Disney/Pixar directors from the 1990s since many of those movies were influential enough to steer me towards my career today. The Lion King was released the year I was born, I watched it numerous times growing up, and it’s one of my all-time favorites to talking to one of the directors Roger Allers would be very interesting. I’d love to talk not only about the production of the film and the decisions behind it, but how the rise and change in technology started to pave the way towards changes in the industry going forward.

Between my masters and PhD, I traveled alone in New Zealand for two weeks. It was probably the best trip I’ve ever taken and so significantly different than anything else I’ve done by going alone. I found it empowering and memorable on a personal level and want to go back to see more of the beautiful country whenever I can next.

I find it difficult to single out one person in my life, but I think both of my parents have been very helpful and supportive throughout my education and career. They have pushed me to pursue the problems I find interesting and encouraged me into environments I may have been originally apprehensive about such as my first SIGGRAPH student volunteer conference. Alongside my parents, both my master and PhD advisors have been very helpful people in pivotal times in my career, and I would never have found success on my current path without them.

Each of the Student Volunteer Sub Committees I’ve worked under, both as a student volunteer and as a team leader, have been influential in me returning year after year. While curiosity primarily drew me to my first conference, seeing their passion and excitement each year helped convince me to keep coming back even with different faces at the helm.

My proudest moment would be my first technical paper submission and presentation at SIGGRAPH (a lot of overlap with SIGGRAPH and my career). It felt incredibly validating at the start of a PhD to feel I was heading in the right direction and working towards something I was proud of and enjoyed.